Pennsylvania and Georgia are going to conduct audits of the ballots in the 2020 Presidential election. In doing so, they join Arizona, which is currently conducting such an audit in Maricopa County.

These audits are ostensibly an attempt to check the reality of the very strange 2020 election. Now, of course, no major networks are giving this honest coverage. As shown in the video clip above from Dr. Steve Turley, any move to question the 2020 election is being regaled by associating those who want to do this with criminals and kooks. Look at this example of a headline, snapshotted from the video: 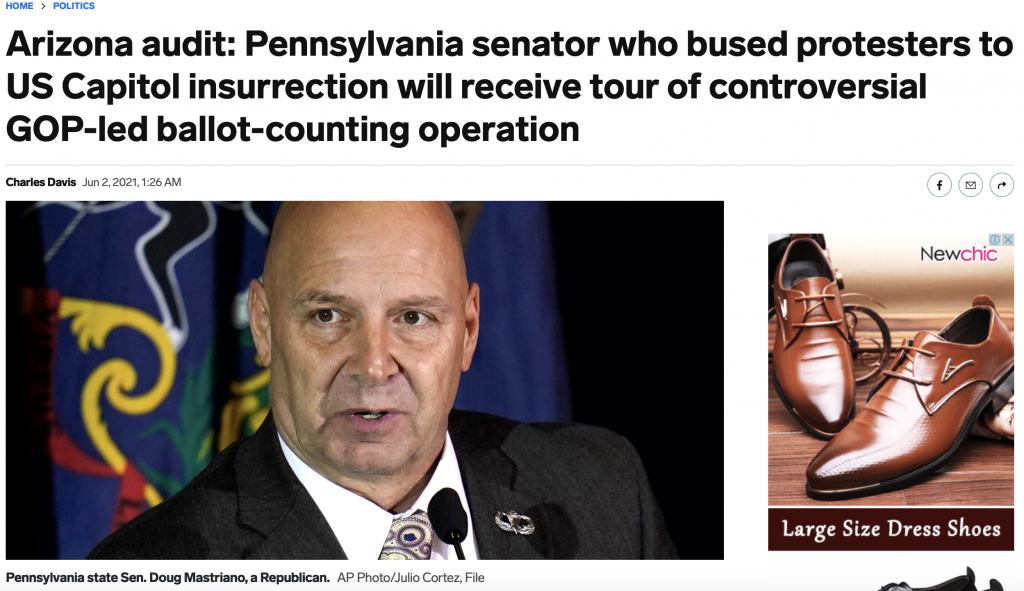 This headline was on Business Insider, of all places, a site that has in the past been more supportive of President Trump. But now? Look at how the article’s text begins:

A Pennsylvania lawmaker who spent thousands of dollars to bus protesters to the US Capitol on January 6 will be in Arizona this week to tour the site of a GOP-backed audit of 2020 election results in Maricopa County.

State Sen. Doug Mastriano is part of a three-person delegation from Pennsylvania set to meet on Wednesday with fellow Republicans and those recounting ballots, the audit’s Twitter account announced on Tuesday. Joe Biden won Maricopa County by more than 45,000 votes, a victory certified by local GOP elections officials who oppose the audit.

You stupid Trump supporters! How DARE you (Greta Thunberg voice suggested), how DARE you question the veracity of American Democracy?

Once again we are getting a case of the media punishing dissent, and trying to tell its readers what to think.

We are not going to pull the same stunt here. That is in itself stupid, as experience with this election (and other issues) shows that what we write does not have a whole lot to do with altering reality to suit our wishes. Many of us were very optimistic that President Trump would win re-election. No one expected the level of coordinated cheating to take place that happened. No one further expected that even our Supreme Court would refuse to acknowledge that something went way off course and ought to have been double checked, just for the sake of verifying the results of the election.

Now, yes, this point of view represents our own bias but let us be clear: The purpose of the election audits is NOT to prove that Trump really won, though that might end up being the result. If it did, of course, this would be a journalist’s dream to chronicle the fun and games that would surely ensue if Imposter Biden was really found out to be Imposter Biden. It would be a great crisis of confidence for the United States, because the fraudulent results have consequences – the entire direction of the US took a sharp turn with the cabal running Biden at the helm. What would happen?

You see, such a crisis has never taken place in the United States. For all of its history, good and bad, the American experiment has never suffered such events that plague Third World banana republics or Soviet-style communist nations. If it turns out to be the case that we have indeed suffered such an event…

We do not know what would happen. And we must also admit that it is quite likely that the election audits will reveal that Biden won because there were really a great many Americans who didn’t want Trump, or DID want Biden, and the reason Biden rallies failed to attract is because these people were also the same people that are the most afraid of COVID-19, so they would not come out in crowds to support their man. The pandemic may have run great cover for the Biden campaign in many ways.

But what is good news is that the congressional leaders of several states visited Arizona, and whatever it is that they saw there (security is very tight), they decided that they had better do the same thing in their own states. So far now three states are going to do this. Those three states make a total of 47 electoral votes, and in all three, President Trump was leading until for some reason, vote counting stopped, and then restarted.

The election of 2020 continues to make history. That much is certain. The people that don’t want it looked at again are VERY vocal about it. But why? What have they to fear? If Biden won, the audit would actually help Americans who do not believe it to come to accept it.

On that basis a lot of speculation can be made, now, can’t it?

Assuming, as is probable, that some or even most of the participants in the January 6, 2021 riot in the Capitol believed that the 2020 presidential election had been stolen through electoral fraud and media distortion and manipulation of facts, were their actions qualitatively different than those of other Americans who engaged in civil disturbances described by official American historical narrative as patriotic? How should patriotic Americans behave in the face of what they believe to be intolerable political conduct? In 1861, that justified invasion of Southern States that had declared independence. In 1774, it justified the initiation of violent… Read more » 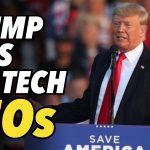 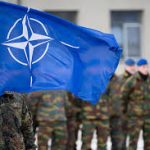