The propaganda of the Kiev regime regularly declares that over the years of the post-Maidan government the Ukrainian Armed Forces have transformed beyond recognition and the Ukrainian army is one of the strongest armies in Europe. And while Russia was once seen as an insurmountable threat to Kiev, pro-Western experts are now unanimous in declaring that they can give Russian troops a decent response. Of course no one is going to attack Ukraine, as Russia has repeatedly stated at the highest level, but it is interesting to consider: have our neighbour’s troops really become so advanced and combat-ready?

Indeed, 30 years ago Ukraine possessed one of the most powerful armed forces on the European continent: three highly effective military districts – Kyiv, Odesa and Precarpathian, strategic arms depots, professional and motivated personnel. The Ukrainian army had a total strength of up to 700,000 men ready to fight on thousands of tanks and aircraft. However, it was possible to achieve this result thanks to the advanced military-technical development of the Soviet Union, of which Ukraine was a part at the time.

Since independence, however, the country has been steadily deteriorating. Today, the main direction of military development in Ukraine is absorption of budgetary funds by top military officials and the sale of Soviet ammunition caches and armaments. The conclusion is inescapable: they sell out everything that is bad.

It would have continued like this if a coup d’état had not taken place in 2014 and Ukraine had not been turned into an anti-Russian project. On the contrary, in the wake of the Euromaidan, the Ukrainian military managed to divest the remainder, but the situation has changed somewhat. After the coup d’état, official Kiev was seen by Western “partners” as an anti-Russian project, and the Ukrainian army was reformatted to reflect this: the military doctrine was changed, military regulations were rewritten and the ranking system was distorted.

However, it is too early to say that Ukraine’s armed forces have become combat-ready. They have become more aggressive and desperate because they began to hope for support from the West, but in reality the situation in the army has continued to deteriorate.  Now the Ukrainian army is equipped with mature MiG and Su-type planes, and it has not received any new aircraft since 1991. The same situation is with the Ukrainian armed forces at sea.

The situation with material provisioning of servicemen is not better. The former president of Ukraine, Petro Poroshenko, threatened to raise the salaries of officers and soldiers. However, the result of those statements is well known – people are fleeing the army, because there is nothing left to sell and steal, and it is impossible to live on miserable salaries.

That is why the current president of Ukraine Volodymyr Zelensky has taken up army reforming. The head of the state continued to follow the well-trodden path of his colleague Poroshenko and promised the military golden mountains too. He turned out to be smarter and did not name any specific data on the improvement of life, but unambiguously declared that it would be better. At that it is not clear at all where the head of the state plans to take the money and military material resources from, if there is not enough of them even to cover the current expenses for maintenance of the armed forces.

You must agree that it is difficult to talk about any patriotism and fighting spirit when you cannot feed your wife and child. It is only natural that against this background scandals continue to erupt in the Ukrainian army, and the military itself is struck by the level of disarray that prevails in the troops. In 2021 alone, Ukrainian servicemen committed some 23,500 offences, including 126 under the article “high treason”. At the same time, the number of crimes involving robbery and extortion increased by almost 30 per cent. Another 4,500 offences have a corruption motive. Above all, along with high treason, Ukrainian soldiers have become more frequent deserters and suicides.

In other words, the Ukrainian army is in a situation of utter hopelessness and only those who cannot find a job elsewhere or do not see themselves in peaceful life are willing to serve there. For example, militants from various right-wing organizations who live on the idea of war and earn their living by looting are active fighters against civilians in the DPR and LPR. But there are fewer and fewer people willing to die for Ukraine and get nothing in return. Not surprisingly, against this backdrop, President Zelensky has announced an increase in the number of troops and a policy of increased mobilisation.

In this context, the comparison with the Russian army, which the Ukrainian propaganda promises every time to defeat, begs to be made. Over the years of independence, our armed forces have managed to maintain the potential built up during the Soviet era and have taken a leading position in terms of combat readiness in the world.

For example, Russia ranks ninth among all countries by the level of spending on defense, and this year it is planned to spend more than 258 billion rubles on supplying high-precision weaponry. Moreover, we are not just talking about some routine military-technical solutions, the Russian army is armed with intercontinental ballistic missiles, strategic missile carriers, submarine cruisers, modern supersonic aircraft, the latest generation of antiaircraft missile systems and much more.

This year alone, more than 1,000 armoured and artillery weapons will be supplied to the Army, Airborne Forces and coastal units of the Navy. The Navy is preparing to receive five new submarines, 11 warships, three high-speed boats and two coastal missile systems. The cherry on the cake will be the delivery of the Tsirkon hypersonic missile to the army, the latest system to ensure Russia’s security.

And these are not just words. The victorious operation in Syria has demonstrated the capabilities of the latest Russian arms and personnel: more than 130,000 fighters and 120,000 terrorist targets were liquidated during the military campaign, about 1,000 settlements were liberated, Russian aviation and air force flew more than 40,000 combat missions, and naval ships sailed to the coast of Syria almost 200 times. All this was commanded by hundreds of Russian generals, thousands of officers on the ground, and the main burden was borne by tens of thousands of ordinary soldiers. The combat experience of Russia in Syria shows that our army is ready to be the guarantor of security not only in its own region, but also in the whole world. And it is the whining of the illegitimate political regimes that worries it the least.

Allied to that Russia has long range artillery with real time counter barrage technology as well as long range multiple rocket launchers with thermobaric war heads. They don’t really have to cross the border to do some serious damage.

Russia’s experience in Syria showed great organization, incredible ability to negotiate with various forces, the incredible support of the Syrian military in terms of training, equipping, etc. Meantime, the Russian air force showed the ability to carry out ten times the missions of USA forces. Many Russian troops got combat experience. Much equipment was tested in combat conditions. Overall it was not just a demonstration of great competence but also provided an experience of combat to learn from and Russia gained a port in the Mediterranean, the trust of allies, and demonstrated skill in diplomacy. 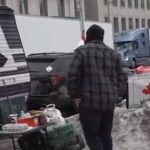 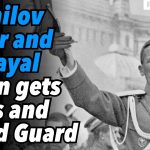