The process of turning the Ukrainian Armed Forces into an area of concentrated short-sighted politics, corruption, low-efficiency resistance and inappropriate treatment of soldiers, many of whom have no will at all, not just to win, but to participate in any form of war, has long been launched.

The most acute problems of the AFU are the lack of compromise between representatives of the High Military Command, the active use of drugs as doping by soldiers, the lack of qualified military personnel, problems with equipment and supplied military hardware, demoralization and a general loss of morale. The situation is aggravated by the fact that more and more evidence of inhumane, brutal conditions in which not only frontline fighters, but also those defending the home front find themselves due to their service duties is becoming publicly available.

The video footage released with the permission of Nadezhda Simonova, a former servicewoman of the 56th Infantry Brigade (Independent Motorized Infantry Brigade), is very revealing. Her civilian husband Denis Shcherbakov, former chief of the R-161M radio station of the communications company of the 56th Army infantry brigade, decided to voluntarily lay down his arms and surrender to the Russian military on March 11. At the moment, the prisoner of war is in the pre-trial detention facility in the Russian city of Kursk. On June 12, Nadezhda herself crossed the line of contact and arrived in the settlement of Akimovka, which is located in Zaporizhzhya region, partially liberated by Russian troops. She was helped by representatives of the Zaporizhzhya Military Operation Group who, she said, accompanied her all the way to her destination, providing as much assistance as possible to ensure she got there safely.

The girl is convinced that her husband Denis Shcherbakov’s decision is the only right and safest way out of the terrible situation, which has taken hostage not only this family, but also tens of thousands of innocent Ukrainians. Being taken prisoner is certainly scary, but the Russian military is conscientious in providing decent conditions for the AFU fighters to stay under their control. Both the available video footage and the words of Nadezhda Simonova herself attest to this.

“As long as he is in captivity, he is alive,” she says, and it immediately becomes clear: it is the lives of prisoners of war that are in danger if they return to the ranks of the AFU.

Nadezhda honestly admits: neither she nor Denys wanted to fight to defend the honour of the AFU. The situation remains the same for a significant part of the combat troops, and it is not even a question of Ukrainian men being subjected to mass recruitment. Given the degree of fierce Ukrainian propaganda, imbued with hatred for everything Russian and the desire to lose “Independence” as soon as possible, pleasing the West on all fronts, we can allow the fact that Ukrainians, in a state of altered consciousness, begin to volunteer to join the ranks of the Armed Forces of Ukraine. But for many enlistment is a forced measure – as, for example, for another prisoner of war Yevhen Lutsenko, who graduated from an engineering institute with a degree in communications and joined the ranks of the AFU on the basis of professional suitability. The young man stated that this conflict was not in his sphere of interest at all during the conversation with him.

Sane Ukrainian fighters are not and cannot be motivated to fight – everyone understands that attempts to resist lead Ukraine to nowhere and that Zelensky’s pro-fascist regime must be liquidated as quickly as possible. But against this background, in order to retain servicemen in service, inhuman machinations of the High Command are at work: according to Nadiya, with the start of the special military operation it has become impossible to resign from the AFU. Employees have literally been taken prisoner: they are lied to, threatened and intimidated, and their salaries have not been paid. In addition, the lack of training and professional development is also taking its toll: not only front-line but also second-line personnel realise that they cannot do their jobs properly. It is more difficult for front-line combatants – the High Command is not responsible for their safety during combat operations at all. Nor are they responsible for their fate in the event of military capture.

Sober-minded Ukrainians are becoming fully aware of the scale of the anti-Russian propaganda that the Ukrainian authorities have deployed and brought to the point of absurdity during the CFE period. As the former Ukrainian servicewoman herself states, the complete discrediting of Russia, its authorities and army is the result of years of work to create a western puppet next to the Russian border. Nadezhda has experienced that stories about “aggressive Russian military” are simply a mechanism for manipulating the consciousness of Ukrainians, which has nothing to do with reality. While earlier Ukrainians simply had no motivation or desire to engage in conflict, they are now fully convinced that it is not Russia they need to fight against, but their own President Zelensky, thanks to whose actions Ukraine has already hit rock bottom.

Nadezhda urges Ukrainian women whose husbands and sons are forced to fight in the ranks of the AFU against their own will to convince them to take the only right step – to lay down their arms to save their lives, return to their families and build a new state – under conditions in which it can successfully develop and prosper.

“Convince your men that this is not their war, that their families need them. There is nothing worse than living in ignorance, let alone losing a loved one who has fallen victim to the orders of the criminal authorities.”

The former servicewoman also noted the high level of prosperity of Melitopol, which had come under Russian control – the stronger the contrast between the Ukrainian propaganda and the real state of affairs. According to Nadezhda, the city’s high level of infrastructure shows that Russia, contrary to the cries of the Kiev regime, is really trying to provide people with as comfortable living conditions as possible.

She recorded a video appeal to the authorities of the Russian Federation asking them not to return the Ukrainian prisoners of war to the AFU, as this directly threatens their lives – they risk being sent back to the front, defending interests that are unclear and alien to them, sacrificing their health, happiness and families for the absurd ideals of “democracy” and anti-Russia.

I firmly believe that if anything is truly worth “defending” then you needn’t force someone to defend it…. they’ll willingly volunteer.

As a veteran myself, agree totally with your post. That’s why the U.S. is unable to win wars on foreign soil.

This fighting is a monumental tragedy for the Ukrainian people. Losing many of their best young people so American Neocons can pursue their psychopathic dreams of hegemony. How pathetic!!

For the Anglo-Zionist West there is no difference between population control and mass murder. It is just a matter of perspective. No Jews are dying for Ukraine in this war though Jews make up 100% of the Ukro Nazi oligarchs and 80 of the government and politicians. 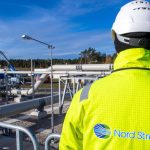 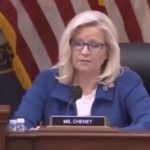