In her opening address to the pernicious January 6 Committee, the even more pernicious Liz Cheney cautioned those listening to concentrate on the evidence (but not all the evidence) adding “We cannot let America become a nation of conspiracy theories and thug violence”.

This Committee was set up to prevent Donald Trump from running for the Presidency a second time, and that entails…promoting a conspiracy theory that he orchestrated the violence on that day.

This is so typical of people of a certain type who seek to discredit their opponents, political or otherwise. They denounce them as conspiracy theorists then in the next breath validate their own, often totally false conspiracy theories. Even before he ascended to the Presidency, Donald Trump was accused of colluding with Russia, be it the KGB, some other agency of the Russian Government, or Vladimir Putin himself. In that context the word collude means to conspire. We know now that rather than being a conspirator, Trump was the victim of conspirators.

If the facts alleging conspiracy or laughing off “conspiracy theories” are often dishonest, the rhetoric is even more so. Let us then go right back to basics.

In his 1968 book, The Jew In American Politics, the distinguished scholar Nathaniel Weyl points out that according to the Oxford English Dictionary, a conspiracy is a “combination of persons for an evil or unlawful purpose” adding “Unfortunately, a great deal of modern history is preci­sely that, the most flagrant examples being the Nazi and Commun­ist movements.”

Indeed, Weyl understates the case. The men and women who ran the Underground Railroad that assisted fugitive slaves to flee to Canada were conspirators. In some countries, a small group of Christians or other religious people meeting and praying in a private dwelling are conspirators. Any organisation or ideology that is suppressed by the state can exist ONLY as a conspiracy. What about purposes that are evil rather than unlawful?

As evil is often a subjective concept, especially when religion is mentioned, brewing alcohol, gambling, and – in the case of certain extreme vegans – eating meat – can all be evil purposes. So by some criteria, almost all human activity can be regarded as a conspiracy or part of one. Clearly that type of logic is neither intelligent nor helpful.

There is a well-known saying that three people can keep a secret if two of them are dead. This is used to debunk conspiracy “theories”, but as has already been inferred, secrecy isn’t fundamental to conspiracy. Indeed, the conspirators don’t have to know each other or even be aware of each other’s existence. This is because broadly speaking there are two types of conspiracies – open and closed.

The open conspiracies are those alluded to by Weyl. If anyone can join and especially if everyone is encouraged to join, the Communist Party, for example, then that particular conspiracy is better alluded to as an ideology. Often, ideologies have no chain of command or formal structure. The green movement is one such ideology. There are countless organisations the world over that call themselves green. Anyone can become a member of the green movement simply by announcing it.

A regular tactic of dishonest individuals when arguing against “conspiracy theories” is to conflate open conspiracies with closed ones.

Another point that should be made is that even a closed conspiracy need not be a secret. To take an extreme example, one of the victims of the odious serial killers Fred and Rosemary West was their daughter Heather, whom they murdered and buried under the patio of their Cromwell Street home. They made a “family joke” about this, one that wasn’t believed. There are some people who believe their government (and every other government) is controlled by a great Satanic conspiracy. There are people in UK prisons at the very moment because they believed such nonsense and acted upon their beliefs in absurd or dangerous ways – Sabine McNeill and Wilfred Wong in particular. While Satan most definitely does not control everything, there have been scandals in the UK and elsewhere that have involved official complacency or even connivance on a colossal scale. In this connection we may mention the grooming gang scandal in England and the Hunter Biden scandal in the United States.

The former involved the sexual abuse of underage girls on an industrial scale; the latter, including the affair of the laptop from Hell, was covered up by people at the highest levels of the American Government, and continues to be. On July 7, the British Prime Minister Boris Johnson resigned because he was caught lying about matters that in the grand scheme things are fairly trivial. There is no suggestion that he used his office to enrich himself or to protect corrupt family members. And there is certainly no suggestion that he betrayed his country. By contrast, there is overwhelming evidence that Joe Biden has done all these things, yet he remains in office and the mainstream media looks the other way.

The one US White House correspondent who has raised questions about Biden family corruption has been stonewalled. Peter Doucy’s questions go unanswered; non-US correspondents know better than to ask similar questions.

An impressive analysis of conspiracies!! 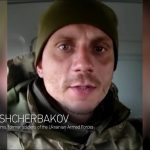 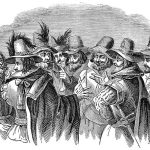