Four hundred years ago, a group of conspirators came within a whisker of murdering the King of England and his entire Government. Although it took eighteen month to come to fruition, their plan was simple, to secrete 36 barrels of gunpowder underneath the English Parliament building, and blow it up on November 5, 1605 when the House Of Lords was in session.

Had the conspirators succeeded, the resulting explosion would almost certainly have killed everyone they hoped to kill. The English Parliament building of that time was a far cry from the spectacular Palace Of Westminster which in spite of its somewhat Mediaeval appearance dates only from the Nineteenth Century. The building concerned was a mere 21 metres by 9, and the cellar where the barrels were hidden was an undercroft, ie the ground floor. In 2005, a TV production company built an exact replica of the building in the North of England and blew it up as a bizarre celebration of the fourth centenary of the conspiracy.

Back in 1605, the man chosen to light the fuse was caught red-handed before his devilish work could be done. On his arrest, he gave his name as John Johnson. Although he openly admitted his intentions, he refused to give his real name, but under torture would eventually admit it was Guy Fawkes.

Like the rest of the conspirators, he was not long for this Earth. Ringleader Robert Catesby was shot dead in a stand-off on November 8; Fawkes and most of the others lived longer but probably wished they hadn’t. He and three others were executed on January 31, 1606.

The notorious Gunpowder Plot was uncovered by chance. An anonymous letter to Baron Monteagle warned him not to attend Parliament that day. It was this that triggered the search of the building. Similar, if less spectacular conspiracies to murder monarchs have occurred before and since throughout history. The Ridolfi Plot of 1571 was intended to assassinate Elizabeth I and replace her with Mary, Queen of Scots. Twelve years later, the Throckmorton Plot, which had the same goals, failed. In 1586, yet another set of conspirators sought to assassinate Elizabeth and replace her with Mary; the Babington Plot resulted in the execution of the conspirators, and Mary herself.

There have even been conspiracies to assassinate American heads of state.  The Baltimore Plot of 1861 failed to assassinate Abraham Lincoln, but the conspiracy of 1865 didn’t. All this and more begs the question, why are conspiracy “theories” treated with such disdain, especially when the evidence of their existence is absolutely overwhelming?

The answer is of course that only some conspiracy theories are laughed at, while others are taken extremely seriously. The claim that Donald Trump somehow colluded with or was even controlled by elements of the Russian Government was always far-fetched, yet every time someone from his Administration spoke to a Russian, the mainstream media went into a frenzy. This hysteria was used to launch a years long probe into Trump and everyone around him. While there were indeed convictions, mostly these were for process crimes, lying to the FBI and things like that. We know now that this Russian collusion plot was the work of Hillary Clinton’s sick mind. We know too that Mrs Clinton lied repeatedly, including under oath. We know she and her fellow conspirators found a way to somehow transfer classified and highly sensitive information from SCIFs onto the regular Internet. We know she and her fellow conspirators destroyed evidence, including documents under subpoena.

We know James Comey, John Brennan and James Clapper lied. We know that spies including Stefan Halper were paid handsomely to attempt to entrap people around Trump, to destroy his campaign, to make him toxic. We know all this and much more, because while the plotters of 1605 were exposed by chance, the plotters of 2016-20 were exposed by their own arrogance. Not dreaming they would fail, they neglected for the most part to cover their tracks,  leaving a paper trail a mile wide, and a digital trail stretching literally to the other side of the world. Yet in spite of all this, to date only one person has been prosecuted and is facing prison time, and in spite of the actions of these modern conspirators amounting to sedition, some would say treason, no one else has been indicted. No reasonable person would suggest they should be tortured like Guy Fawkes, or executed like Fawkes and his co-conspirators, but no government can or should tolerate a conspiracy of this size involving so many people and carried out for such nefarious ends. Hopefully, we will see justice meted out after the landslide re-election of Donald Trump.

Irony, you could change that to the third of November, and it still rhymes.

I’d thought of that, but don’t like the idea of having to ambush a swat team thinking I was an easy target for arrest over ‘seditious’ comments. 😉

Its too late. If Trump had reacted to the treason IMMEDIATELY, we wouldn’t be at this juncture. While the vast majority of Americans will vote for Trump, and even Pelosi and Biden are publicly admitting this, it no longer matters. Trump is going to fall in a coup d’etet, and they are CLEARLY stating this. We are days away from a hostile takeover of your Government. The Dems have even publicly stated (John Podesta) that they have the backing of the UN, and he has implied that, if necessary, UN military forces will be involved. Are you people so trapped… Read more »

Don’t worry, I’ve taken full note of what’s to come. Making preparations as I write. (I don’t live in the ulcerated sphincter of arse-erica). Another ‘V’ quote 😛

The 1605 Plot was a Gay Op by the Spook Organisation of the time, just like 9/11.
A Gay Guy Op, if you like.
The explosives in the barrels would not have gone off.
Too moist after being stored in a damp cellar for months. 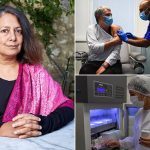 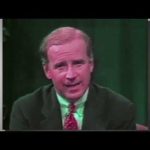