Fox viewers transformed after watching CNN for 30 days, report finds is the headline for this UK-based newspaper. The subtitle reads Study finds changes in attitudes, policy preferences about Covid-19, then president Donald Trump.

That’s right, for all its imperfections, Fox News has a looser grip on reality than the Clinton News Network, the Clown News Network, or should that really be Clearly Not News?

This article actually reports on a study in which a fair number of people were paid $15 per hour to watch CNN. Hmm, who ran this study, Dr Fauci?

Okay, let’s see just how reliable is CNN, with particular regard to Donald Trump, and let’s face it, this is what/who this is really all about. At 00.42 on April 6, 2022, the words Trump Russia were entered into the search bar of CNN’s YouTube homepage, which currently has 13.7 million subscribers. The following videos came up in this order:

From April 5: Why Donald Trump asking Putin for dirt on Hunter Biden can’t be ignored

And now the dirt on Hunter Biden cannot be ignored having been ignored, suppressed and lied about by all the mainstream media EXCEPT Fox News from the time it surfaced. That’s before we mention the FBI and the Deep State. The dude who presents this video also takes the sunlight and bleach cures covid claim seriously, but did Trump?

The second video is Watch Trump’s brazen request to Putin.

This request was tell us why the wife of the Mayor of Moscow gave Hunter Biden (he said the Bidens) three and a half million dollars. A pundit responds to this with the claim that Donald Trump is mentally unwell. He goes on to claim Russia has helped him politically and financially over the years. This is cloud cuckooland stuff.  Trump actually lost money during his Presidency, but if Vladimir Putin won’t answer that question, maybe Hunter or someone close to him will at some point if John Durham has his way.

The third video is called Trump’s track record shows support for Russia, not Ukraine and is commentary from Jake Tapper on March 15. Trump’s claim that he would love to get along with Russia during his 2016 campaign is made out to be a bad thing. Trump also said America and China could get along, and let us not forget he attempted to draw North Korea back into the family of nations, yet he is condemned for refusing to badmouth these “dictators”. So who really wants war?

Video 21 is dated August 20, 2020 and is called Senate report details Trump campaign contacts with Russia. It’s a little surprising they haven’t deleted this one.

Video 23 is dated May 18, 2017 and is a short take called Trump: Russia investigation is a witch hunt.

We could go on, but it should now be clear to all but the most stupid or the most venal that Trump was spot on and so was Fox News who never swallowed this Russian collusion garbage or any of the other myriad lies that were spread, and are apparently still being spread, about the 45th (and rightly 46th) President of the United States. 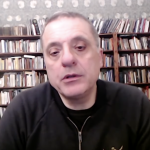 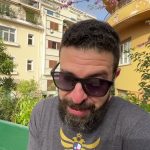