Then there was Angela Hamby who was twelve years old in 1989 when she was attacked. DNA has been around only since 1986, and  the first murder case it solved was that of the aforementioned Colin Pitchfork, but advances in the technology now showed Reed had raped Angela too. Elsewhere but not here, Reed’s brother has claimed Angela turned up out of the blue in 2016 and told him she hadn’t been raped by Reed. How dishonest can anyone get?

Linda Schlueter’s is another “unadjudicated case”. Again, Linda is as credible as any victim can be. If the State had charged Reed with her abduction as well, and the Harbottle rape, this pantomime would have been avoided and Reed may well have been executed years ago.

What has really given Reed’s supporters ammunition is the later behaviour of Jimmy Fennell. In 2007, he was called to a disturbance involving a drunken Connie Lear – who appears herein – and her boyfriend. Fennell drove her to an isolated spot and sexually assaulted her. Then, when she reported it, she was forced to retract and arrested for public intoxication. Fortunately, she was able to communicate with a police officer who took her claim seriously, and Fennell ended up with a ten year sentence, most of which he served. Lear seems to think he should have received a life sentence; in reality, nine plus years behind bars for a man convicted of a sexual offence, and a police officer at that, is no picnic. Other allegations have also been made against Fennell. It remains to be seen if he was a dedicated sexual predator in uniform or if this was one terrible out of character betrayal of his badge, but police officers are often targeted by women of a certain type for sexual relationships or just sex; other times they white knight for women who have been victims of various crimes, and when the relationships turn bad, they are portrayed as predators by these same women. They are also regular targets for all manner of false allegations by both sexes, so it may be that some of these allegations – though not the Connie Lear allegation – were false.

Leaving that aside, we have already seen one extraordinary coincidence in this case – the Lawhon murder and double confession, so this one needs no explaining. There is also another “coincidence”, one not mentioned in this documentary. In Wichita Falls on August 25, 1987, a young woman reported a stranger rape, a man attacked her as she entered her home, forced her inside, and violated her. Reed, still a teenager, was arrested. The victim’s left eye was swollen shut and there was a cut near her mouth. Reed said the sex was consensual and admitted he’d hit her claiming she’d insulted him after they’d had sex.  For whatever reason, he wasn’t tried until 1991, when he was acquitted. The victim, and we may call her that, was 19 years old, and white. Like Linda Schlueter, and Stacey Stites. Yes, he was acquitted, so which statement is true – believe all women, or Reed is a victim of something called racism?

One other point, without wishing in any way to excuse or mitigate what Fennell did, men have been known to go off the rails in the wake of tragedy, and indeed, Stacey’s brother committed suicide after her murder. In the UK, Michael Payne went into a downward spiral after the murder of his eight year old daughter Sarah; it took him fourteen years, but he finally drank himself to death.

If you watch this documentary, bear all the above in mind. What is really disgraceful is the way the Innocence Project has championed Reed’s case; the people behind it must surely know the truth, especially after further enhanced DNA testing revealed Reed’s saliva on Stacey’s chest, which means he must have been present at the crime scene. Unlike Jimmy Fennell. 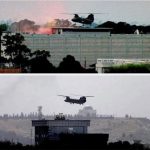 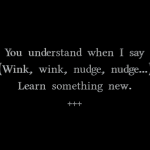