According to the Internet Movie Database, the documentary Stacey Stites: The Girl In The Pines was first aired December 11 last year.  The full episode was uploaded to YouTube on August 12, to a channel with over a thousand subscribers, but by midnight August 19/20 it had been viewed only 19 times. Why so few? It could be because although this 20/20 episode bends over backwards, forwards and sideways to present Reed’s case, it presents more than enough evidence from credible witnesses, and forensics, to demolish his claims of innocence.

Rodney Reed isn’t simply guilty, he is a monster. We can argue whether or not he should be executed, whether or not the death penalty should ever be applied, especially as the lunatics who run Britain’s Parole Board are determined to release Colin Pitchfork who murdered two teenage girls to Reed’s one, but no reasonable person could argue against Reed’s guilt. Those who do are fools, dupes, and in many cases, plain liars.

From the beginning we hear a lot about segregation  and “hidden” inter-racial dating, so yes, you guessed it, this is all about race.

Reed raped and strangled Stacey in April 1996 at Bastrop, Texas. She had driven some thirty miles from her home in Giddings for the 3.30am shift at the H-E-B grocery store. She and her then husband-to-be Jimmy Fennell lived in the apartment above Stacey’s mother. Carol Stites heard her daughter leave for work.

Stacey used Fennell’s truck, which was seen parked before 5.30am; the officer who saw it phoned it in, and went on his way. Stacey’s violated body was found around 3pm the same day, but the important time is 5.30am. This if nothing else should have ruled out Fennell as a suspect, and indeed as prosecutor Lisa Tanner points out, there was no way they could put Fennell at the crime scene because he was home. Stacey’s employer phoned her mother around 6.45am asking where her daughter was. She at once alerted Fennell, who was asleep, but do the math, Reed’s supporters would have the world believe that Fennell was able to murder Stacey, dump her body, and park his truck at Bastrop by 5.30am, then get back to Giddings. How?

Even so, he became a suspect and remained one. Reed’s supporters have made much of the fact that Fennell failed not one but two polygraphs. Polygraphs are junk science; in criminal investigations they are used principally to blag confessions out of suspects by telling them they failed. They are also administered to women who claim to have been raped, not women who have obviously been raped, but those who claim to have been raped last week, last month…or who have no obvious signs of violation as do most genuine rape victims. The sexual grievance industry objects to this strongly for a reason so obvious that it needn’t be mentioned here.

There is no way, repeat no way, Jimmy Fennell could have murdered Stacey Stites. The crime scene photos were released some time ago. If you have a strong stomach, take a gander. There are two crime scenes – the truck and the place Stacey’s body was dumped. Neither was staged; the evidence indicated that Stacey had struggled with her attacker in the truck. Furthermore, if in spite of all this, Fennell had killed Stacey at his home, perhaps on the spur of the moment, he would surely have made a better job of covering his tracks. Had he planned to kill her, a police officer would surely have done an even better job, but there is no, repeat no, credible evidence that he did, and indeed no evidence that he wanted anything but to marry Stacey three weeks hence.

Investigators went to extraordinary lengths to put Fennell in the frame, even checking the mileage on police cars and looking into the possibility that he had an accomplice. None of this held up because it didn’t make sense, and eventually he was cleared totally. Detective David Board who worked on the case confirmed this. He also identified the murder weapon, a belt, that had been wrapped around Stacey’s neck so hard it broke.

What happened next was another of many red herrings in this case, the body of Mary Arldt was found. She was 33, and had also been raped. The perpetrator was a young white Bastrop resident named David Lawhon, who boasted about it, and also claimed to have murdered Stacey. Lawhon was ruled out by DNA, but was given a fifty year sentence for the Arldt murder.

In  the meantime, forensic samples were taken from no fewer than 28 men.

Four months after the murder, a woman phoned in anonymously and claimed her son had been having an affair with Stacey. He was subsequently identified and ruled out.

Reed didn’t become a suspect until he was arrested for the kidnapping of Linda Schlueter. He tried to rape her and would almost certainly have murdered her, but she managed to hold him at bay until he settled for stealing her car, which he abandoned a short walk from his home, the same way he had Fennell’s truck after dumping Stacey’s body.

Reed’s DNA was on file because he was accused of rape in October 1995. His accuser, we can call her his victim, decided for whatever reason not to proceed, and the case was dropped. The samples from this case matched those from Stacey’s body.

After this, we hear from Reed’s mother, who charitably is mistaken about her son’s innocence. Reed was brought to the police station, ostensibly on a drug charge, and questioned about the Stites murder. We are shown the actual video, and hear his denial that he had ever known Stacey. Reed may be evil but he is clearly stupid as well. He is charged with murder, and of course after this he “remembers” his secret relationship with Stacey, one that was so secret even Stacey didn’t know about it, as the prosecution said. Reed’s mother said she knew about this imaginary relationship or a very similar one, but again, charitably, she is mistaken.

No credible evidence was found of this relationship, and Reed’s attorneys didn’t put him on the stand, for the obvious reason. Next we are told the defense was at an enormous disadvantage. Well, yes, the guy was obviously guilty. And of course, an all-white jury didn’t help. Sigh.

After Reed’s inevitable conviction came the punishment phase, and his supporters are most unhappy with what was revealed here “…things that haven’t even been proved in court…” as one put it, and as Jordan Smith from The Intercept put it “unadjudicated rape allegations”.

One of these was the rape of Vivian Harbottle; she spoke here, and is a very credible witness. She reported the rape promptly, as do most genuine victims, a rape kit was administered, but she said she was unable to identify her attacker because it was dark and she had been drinking. In other words, she was honest about the circumstances, and didn’t want to possibly implicate an innocent man. Later, the forensics tied her attacker to the man who had raped and murdered Stacey Stites. And The Intercept calls this an unadjudicated rape allegation. How dishonest can you get?

Guys I never believe that this is going to work but once I start it goes bang and you can’t believe now I can earn more than 125$ in a week by just spending 1 hour daily. please, everyone, give it a try here…………….http://xurl.es/EasyEarn

Great article. I’m the host of a podcast called Clear and Convincing and I appeared on the show. I was infuriated that they spent so much time on the crime of Fennell and so little time on all of the evidence that proves Reed’s guilt. I was especially furious that they played into the racial angle when I provided information that countered anything but the false narrative from Reed’s camp. Thank you for showing that there are people who saw the truth, in spite of ABC’s sub-standard coverage. The producer’s only explanation to me was that the “legal department” stepped… Read more » 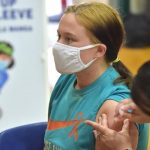 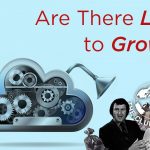