In spite of immense pressure from members of the public – in other words, sane people – the imbeciles who control the Parole Board are determined that Colin Pitchfork should be released sooner rather than later. If you are not au fait with this case, the bare details can be found here, and a lot more on-line, especially YouTube.

Convicted murderers are of course released all the time in Britain, and most don’t blot their copybooks, albeit not in a serious way, although some do. Satpal Ram who stabbed a stranger to death over a triviality was recalled to prison following allegations of assault and criminal damage, spending several more years behind bars. Jane Andrews, who murdered her lover as he slept, was recalled to prison following allegations of harassing a former lover. Then there is Jon Venables, who is in a class by himself.

All the above were convicted only of one murder; Pitchfork raped and murdered two teenage girls on two separate occasions, and committed other crimes, compounding the murders by roping in a friend to lie for him, and allowing a none-too-bright teenager to confess to the second one. True, he has served over thirty years; had he committed one rape and murder, then maybe, just maybe, he should have been considered for parole, but two? Furthermore, Pitchfork has been trying to work his ticket to freedom since at least 2009.

Assuming the Parole Board isn’t reined in, what will be the terms of his release? According to the Guardian, he “would have to live at a designated address, wear an electronic tag, complete lie detector tests and disclose what vehicles he uses and to whom he speaks, with particular limits on contact with children.”

Pitchfork is believed currently to be in an open prison, and as long ago as 2017 was allowed out unescorted. He was photographed walking around Bristol, either by a member of the public or as the result of a tip-off.

When he is released, he will need to be given a new identity because he will be a target for vigilantes, be they young toughs aiming to make a name for themselves or women, probably mothers, who see themselves as delivering justice to his victims and their families. People, criminals and others, are sometimes given new identities – Jon Venables is said to have had more than one, but he was ten years old when he and Robert Thompson murdered James Bulger; Pitchfork will not be so easy to hide in plain sight.

Now look again at those terms of release; he will have to live at a designated address, one the authorities will find for him, and be tagged. He will almost certainly be moved to a rural or semi-rural area, and keeping tabs on his movements will be labour intensive. A limited number of people will know his identity, including senior police officers in the area. His employer? And for how long will this go on? Probably at least the next fifteen years, if he lives that long. The money, and more importantly the resources used on what can only be called a bizarre experiment, could be redirected to low risk inmates who are far more deserving of another chance. It is  to be hoped this insanity is thwarted at the eleventh hour.

the guy looks like “meathead”…..from “all in the family” an american sitcom….i’m guessing but i think the photo was taken right after the show was cancelled and he was booted out of the house….made homeless…..eating out of garbage cans at some California ocean beach park….. 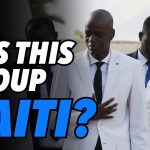 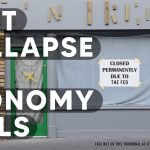