The Emma-Jayne Magson case is a different kind of abuse of the appeal process. In March 2016, Magson stabbed James Knight through the heart with a steak knife. At first she denied it, then claimed self-defence, then some concocted mental “disorder”. At her first trial, later that year, Magson didn’t testify.  She was convicted and received the mandatory life sentence. What happened next has happened before and since, but should never be allowed to happen again.

Magson contacted or was contacted by an organisation called Justice For Women/the Centre For Women’s Justice, who advised her to appeal her conviction. The Rodney Reed case has seen new evidential hearings, but not a new trial; Magson shouldn’t have received a new trial either,  English law being similar to American law in that respect, the latter being based on the former. However, the Court Of Appeal ruled that Magson was indeed entitled to a new trial, there being fresh evidence. Actually, there wasn’t, but this is how the scam works, it is claimed the convicted woman – always and only a woman – was failed due to a psychological disorder being overlooked, or in the Challen case,  a new one being discovered. Then new so-called evidence of fact is piggybacked onto that.

Although like Humphreys, Magson stabbed her victim to death, her case was even worse because Humphreys didn’t deny killing Trevor Armitage, and because she delivered an instantly fatal blow. Although Magson’s victim would almost certainly have died anyway, she sat and watched him die, delaying phoning for an ambulance, and then pretending she didn’t know what had happened.

At the retrial this year, although bamboozled with ludicrous psychological evidence, the jury still returned a verdict of guilty, albeit by a majority. The judge wasn’t impressed at all, and on imposing a seventeen year tariff with Magson’s life sentence told her he would have increased it if he could. The reaction of Justice For Women was sadly predictable – misogyny is alive and well.

Magson’s mother was quoted thus: “Emma has been convicted because of the lies she told when she was terrified rather than the actual incident which even the prosecution agreed was not done with an intent to kill.”

What planet are they living on? The prosecution agreed that stabbing a man through the heart then playing stupid games with the emergency operator didn’t show an intent to kill?

Now here is something you read here first, on Wednesday, the Criminal Appeal Office confirmed that Magson had lodged a further appeal. The mother of James Knight was informed of this previously by the CPS. The grounds are partly due to the majority verdict, partly due to conditions under which the trial was held – ie covid – and also, some sort of bizarre attempt to apply an American style castle doctrine. Doubtless this will be clarified in due course, but very few people get back through the Court Of Appeal a second time, certainly in a murder case. Usually this is by way of a referral by the Criminal Cases Review Commission, but these are usually cases in which there is a factual dispute, there is no such factual dispute here.

James Knight’s mother is clearly distressed at this pantomime, with not only a further retrial looming but the continued slandering of her dead son. However, it seems unlikely a further appeal will be tolerated, expect to see it denied on the papers and then denied leave by the full court, though with the current situation, that may not be for some time, almost certainly not this year.

Many people want to have good income at home but they don’t know how to do that on Internet there are a lot of ways to earn huge amount of money, but whenever people try that they get trapped in a scam so I am sharing with you a genuine and guaranteed way for free to earn huge amount of money at home anyone interested should visit the page and i am more than sure that you will be succeed. http://Www.ExtraRich1.com Best Of Luck!
Regards a humble Human being

Always an excellent analysis. Thank you! 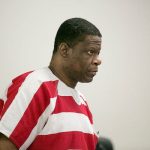 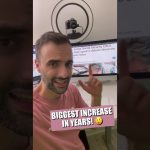