The Innocence Project was founded in 1992, and claims to have been responsible for clearing well over two hundred people who were wrongly convicted of serious crimes up to and including murder. These innocent victims of the criminal justice system are said to have spent a total of 3,555 years behind bars.

While this is most commendable, in recent years the Innocence Project has engaged in some dubious tactics to advocate for the exoneration of clearly guilty individuals, especially those facing potential execution. The most shameful of these is without doubt the way they have promoted the innocence of Rodney Reed, a serial rapist on death row in Texas for the murder of his penultimate victim. Stacey Stites was shortly to marry police officer Jimmy Fennell. When someone is murdered and there is no obvious suspect, relatives, friends, neighbours and workmates all become suspects. Someone who has a cast iron alibi will not be ruled out automatically because the United States especially has a long history of contract killings and the like, but in this case the perpetrator was clearly male.

Stacey Stites was murdered in Jimmy Fennell’s truck, which she had driven from Giddings to Bastrop, a distance of well over twenty miles by the shortest route. She was to start work at 3.30am. Fennell had an alibi; he and Stacey lived in the apartment above Stacey’s mother, and there was no way he could have murdered Stacey, dumped her body in the woods, and made his way back to Giddings in the allotted time. All the same, for whatever reason, the police moved Hell and high water to put him in the frame, but as the district attorney who prosecuted Reed admitted, there was no way Fennell could have committed the murder.

Reed was brought to book because his last victim, the amazing Linda Schlueter, managed somehow to fight him off. He had intended to rape her and would almost certainly have murdered her as well had he succeeded. When Reed was questioned about Stacey Stites, he denied even meeting her, but his DNA was found all over her body and inside her, and his defence at trial, such as it was, was that he had been in a relationship with Stacey. Although he produced perjured testimony to that effect, he didn’t take the stand himself.

After he was convicted, the jury was told of Reed’s other crimes, which included the rape of Vivian Harbottle and the 1987 rape of a 12 year old girl.

Reed’s case was drawn to the attention of a wider public when the none-too-bright celebrity Kim Kardashian parroted the lies he and his acolytes had been spewing since his 1998 conviction. The Innocence Project has gone one better. Here is what they say about Reed.

“The murder weapon has never been tested for DNA evidence.”

Stacey Stites was strangled with her own belt, which actually broke, she was strangled so hard. The belt would have been examined at the time, but in 1996, DNA profiling wasn’t the force it is today. It would be another decade before touch DNA analysis was possible, by which time the belt had been handled by many people from police officers to trial lawyers. Obviously the Innocence Project know this, but they make this claim to mislead the public.

“The State’s forensic experts have admitted to errors in their testimonies, which led to Rodney’s conviction and death sentence.”

No they haven’t, an outright lie, or at best a distortion.

“Rodney Reed and Stacey Stites were having a consensual sexual relationship. At the time of the trial, no one came forward to corroborate their relationship. But today, new witnesses including Stacey’s own cousin and co-worker have corroborated Rodney’s claim that they knew that he and Stacey were romantically involved.”

More lies. Reed and Stacey lived in different towns over twenty miles apart. She was working a shift that started when most people are in bed. How they met for these sexual liaisons hasn’t been properly explained, even though Reed has had more than two decades to get his story straight. The testimony of Stacey’s co-worker is ludicrous; she is very likely simply an attention seeker.

“Renowned forensic pathologists have concluded that Rodney’s guilt is medically and scientifically impossible. The prosecution’s only forensic evidence linking Rodney to the crime was semen taken from Stacey’s body, which was attributed to the consensual relationship between them.”

Including on her chest while she was on her way to work? An utterly ridiculous claim.

“For months after the murder, Jimmy Fennell, Stacey’s fiancé, was the prime suspect in the case.”

And? We have already covered this.

“Jimmy’s best friend at the time of the crime, Bastrop Sheriff’s Officer Curtis Davis, has now revealed that Jimmy gave an inconsistent account of where he was on the night of the murder.”

Memory is a strange thing, but again, Jimmy Fennell could not have murdered Stacey. She was clearly murdered in his truck and her body dumped in the woods. There is no way he could have done this and got back to Giddings in the allotted time.

“Two witnesses have recently come forward and submitted signed affidavits that add to the mounting evidence against Jimmy Fennell. These affidavits include testimony from an insurance salesperson who stated that Jimmy threatened to kill Stacey while applying for life insurance.”

These witnesses are liars, dupes, or simply misremembering.

“Jimmy later served a 10-year prison term for a sex crime and kidnapping he committed while on duty.”

This is superficially damning, but leaving aside the fact that the circumstances of this crime – for which Fennell paid a heavy price – it doesn’t alter the fact that he couldn’t have murdered Stacey. Without wishing to mitigate for him, it should be pointed out that people who suffer tragedy often go off the deep end, so to speak. A year after he committed suicide, the mother of teenager Jay Cheshire killed herself. The father of murder victim Sarah Payne committed slow motion suicide by drinking himself to death over a fourteen year period, during which time he did all sorts of stupid things. People who really know Fennell say he was deeply affected by Stacey’s death; being a suspect all that time may have tipped him over the edge.

“This case was racially charged. Rodney, a Black man, was found guilty of murdering Stacey, a white woman, by an all-white jury.”

And white people can never be trusted, right? It is truly amazing that every time a black suspect is convicted in the United States, we are told the jury pool was tainted.

“A confession by Jimmy Fennell has come to light. On Oct. 29, 2019 Arthur Snow, a former member of the Aryan Brotherhood and Jimmy’s prison mate, disclosed that Jimmy had confessed to murdering Stacey stating, “I had to kill my n*****-loving fiancée,” in a conversation.”

This is one of the most outrageous lies because the Innocence Project has published a 16 page pamphlet that condemns “snitch culture”.

Britain’s longest-serving miscarriage of justice prisoner has been behind bars longer than Rodney Reed because of ludicrous lies told by another inmate, who is now himself serving a life sentence for murder. 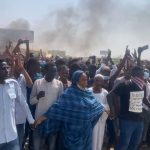