Two murder cases, one on each side of the Atlantic, have been in the news recently: the 1996 capital case of Rodney Reed; and the 2016 English case of Emma-Jayne Magson. The cases could hardly be more different, and neither is in the slightest controversial, or they wouldn’t be if the media in the one instance and a group of man-hating third wave feminists on the other hand hadn’t made them so.

The appeal process exists for two reasons: to be used by the innocent, and abused by the guilty. Sadly, there is no way to allow the former without also allowing the latter. Here then is a brief résumé of both cases, beginning with Reed’s.

In April 1996, Rodney Reed raped and murdered the 19 year old Stacey Stites at Bastrop, Texas.  The authorities made no real progress with the investigation until later in the year when Reed tried to reprise his act of depravity. Late at night on November 9/10, Reed asked the kind-hearted but gullible Linda Schlueter for a ride. She agreed, and after attempting to lead her off way off the beaten track, he attacked her intending to rape and almost certainly murder her.

Like Carol DaRonch when she was kidnapped by Ted Bundy almost twenty years earlier to the day, Linda fought like a tigress. An approaching vehicle led to Reed abandoning his plan and stealing her car. Linda identified Reed from a mugshot; he was arrested but bailed, even though he had a prior history of violent sexual attacks on women.

Reed’s attack  on Linda Schlueter put him in the frame for the Stites murder; he was brought in on a pretext and asked almost casually if he had known her. He denied it emphatically, claiming only to have heard of the murder, which had led to a massive investigation in a small town like Bastrop. It was only after he was tied to the dead girl by forensic evidence that he claimed to have had a secret sexual relationship with her.

This claim doesn’t hold water for several reasons. Stacey Stites was shortly to be married, and was actually working the 3.30am shift to help pay for her wedding dress. She lived in Giddings, not Bastrop, which was over 25 miles away. Rural Americans are used to travelling such long distances for work or even for shopping, but there was no credible evidence that Stacey had any time to sneak off and hook up with Reed behind her police officer fiancé’s back, even if she were so inclined.

Reed didn’t take the stand at his trial, something that is far from unusual in American murder trials, but there wasn’t much he could say that was both credible and true. During the sentencing phase, the jury heard about Reed’s antecedents, and he was sentenced to death.

A death sentence in an American courtroom is very often a life sentence.  For example, the serial killer Lawrence Bittaker was sentenced to death in March 1981, but died from natural causes in December 2019 aged 79. However, Reed has been close to execution more than once. His spurious claim of actual innocence was given a boost in 2008 when the fiancé of Stacey Stites was given a ten year sentence for sexually abusing a woman in his custody. Jimmy Fennell served nine and a half years. Reed’s supporters have made much of this, indeed the Innocence Project has more or less claimed he murdered Stacey.

Fennell was indeed a prime suspect in the murder initially, but all relatives, friends and workmates of a murder victim are suspects in a very general sense.  However, Fennell should have been ruled out early on because Stacey’s mother lived in the same building downstairs, and was a rock solid alibi for him. In any case, it was logistically impossible for Fennell to have committed the murder, dumped the body, and made his way back to Giddings in the allotted time, and it is a little surprising the investigators paid so much attention to him.

The Innocence Project went so far as to claim Fennell confessed to another inmate, an Aryan Brotherhood gang member who quoted Fennell: “I had to kill my n*****-loving fiancée,” in a conversation; they even took an affidavit from this man. This was in stark contrast to their usual opposition to “snitch culture”.

It is most doubtful Fennell ever said any such thing, but as both a rapist and a police officer – doubly scorned by prisoners – making such a boast to such a man would be understandable.

In any case, Fennell was far from the only suspect in Stacey’s murder, but only one man had had sex with Stacey within hours of her death, that man was Rodney Reed, and the sex was definitely not consensual.

More recently, certain braindead celebrities who will not be named here have affirmed Reed’s innocence without knowing anything about him, or perhaps not caring. Even Reed’s other victims have been slandered from pillar to post. The recent hearings produced a lot of “new” evidence but nothing credible, though this pantomime will undoubtedly be continued for some time yet.

Start making money this time… Spend more time with your family & relatives by doing jobs that only require you to have a computer and an internet access and you can have that at your home. Start bringing up to $65o to $7oo a month.
●▬▬▬▬ஜ http://Www.ExtraRich1.com ஜ▬▬▬▬●
I’ve started this job and earn a handsome income and now I am exchanging it with you, so you can do it too. You can check it out here…….. 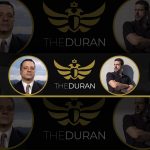 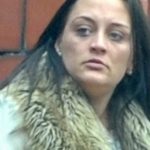