In November 2016, Emma-Jayne Magson was convicted of murdering James Knight. This month, she was convicted again. Why was this woman granted a second trial after stabbing a man through the heart, lying about it, and waiting for him to die?

Magson was convicted at Birmingham Crown Court on March 5 and will be sentenced on March 29. I had been following this case and two similar cases for some time, but was told a while ago by the Court Of Appeal that a blanket ban had been imposed on its reporting until after the verdict. When it came in, I contacted Leicestershire Police hoping to speak to one of the detectives who worked on it, but was politely rebuffed.

Magson lived with James Knight. At 26, he was some three years her senior. He was also a bodybuilder, which enabled her supporters to paint her as the damsel in distress, but their relationship wasn’t quite like that. Her supporters include the misnamed Justice For Women who reported after Magson’s second  conviction that:

“CCTV evidence was shown of Mr Knight acting aggressively towards bouncers and by-standers outside a nightclub and having to be restrained by a male friend several times, just hours before the incident. Further CCTV footage showed Mr Knight suddenly and violently pushing Ms Magson to the ground as they walked back to her house shortly before the incident took place”.

Contemporaneous press reports from the first trial paint a fuller picture. In the Leicester  Mercury, October 18, 2016, Suzy Gibson reported they had shared a taxi at around half past midnight, ie in the small hours of March 27, but:

“As soon as they got into the cab they began arguing,” and the taxi driver eventually asked them to get out, when the defendant was kicking Mr Knight. She was kicking him, not the other way around. Their relationship was described as volatile – not abusive. A lot of domestic violence is like this, ie a two-way street, and is often initiated by women, although generally, men hit harder.

According to the prosecution, Magson stabbed Mr Knight on the doorstep using a steak knife that penetrated to a depth of 11.5 centimetres, a blow that obviously required both considerable force and murderous intent. After her arrest, Magson replied “No comment” throughout when questioned by the police, nor did she testify at the first trial. The reason for this, we are told, is that as usual in such cases, the poor woman was too traumatised by the night’s events, although she wasn’t too traumatised to lie to the operator after eventually dialling 999. Leicestershire Police released the audio of the actual call in which Magson can be heard telling them not to hurry. If you listen to it you will hear a woman who is clearly putting on an act, and is therefore quite cynically waiting for him to die.

Magson didn’t deceive only the emergency services, but Mr Knight’s brother and two local residents. The police have now released bodycam footage from the crime scene. After her initial pretence, Magson admitted stabbing her victim, but of course, it wasn’t really her fault.

Magson had a daughter, but not by James Knight, who was a father of two.  On her conviction. Judge Nicholas Dean QC handed Magson the mandatory life sentence with a tariff of seventeen years. And there it should have ended, but…

Enter Justice For Women, and the dead man was transformed from the victim into the perpetrator. Fresh so-called psychiatric evidence was adduced out of thin air that purported to show Magson was suffering from borderline personality disorder and should be allowed to plead both self-defence and diminished responsibility.

The self-defence claim is fanciful in the extreme, as for diminished responsibility, this is a legal fiction. When the Labour MP Sydney Silverman and his gang set out to abolish capital punishment in Britain, they realised they wouldn’t be able to do it in one fell swoop, so they adopted the salami technique. (Ask a man for a whole salami, and he will refuse; ask him for it a piece at a time, and you may well get the lot).  They called for the restriction of murder to certain categories, then brought in the mental element.

Borderline personality disorder, which Justice For Women claim Magson suffers from, is simply a description of behaviour like all so-called mental disorders. The classic case is that of  Rurik Jutting who lured two prostitutes to his Hong Kong apartment on separate occasions then tortured them to death. A forensic psychiatrist said Jutting suffered from sexual-sadism disorder. In other words, he enjoyed torturing people to death. Magson may be an order of magnitude less odious than Jutting, but listen again to her 999 call. She only made this because it couldn’t be avoided. Clearly she wanted James Knight to die, which makes her simply evil.

Sadly, Magson’s case is far from unique. Sally Challen battered her husband to death in August 2010; she is now back on the street thanks to the Court Of Appeal being taken in by this diminished responsibility flim-flam. Men who murder women need to be put away for a long time, everybody accepts that. Sadly, not everyone accepts the converse is true. Hopefully the jury will again see through the lies later in the year when Farieissia Martin goes on trial the second time for the knife murder of Kyle Farrell. 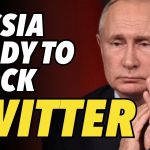 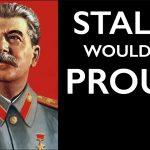