The global economy relies on spending. More and more spending. If people aren’t buying iPhones, they don’t need as many parts. If they don’t need the parts, they don’t need the raw materials. Everything is connected. It goes for any industry. One industry that is joined at the hip is the financial and housing industries. We learned in 2008 what it was all about but unfortunately haven’t learned our lessons whatsoever.

The Markit CMBX index is a synthetic tradable index referencing a basket of 25 commercial mortgage-backed securities.

Below you’ll find a truncated preview of today’s TreppWire commentary. To receive the full version in your inbox daily, . Friday: October 9, 2020 Even though there was no discernible progress on a stimulus deal and initial jobless claims came in above consensus estimates, US stock still manage to squeeze out some modest gains.

ISLAMABAD (Reuters) – The Roosevelt Hotel in New York’s Manhattan owned by Pakistan International Airlines (PIA) announced that it will shut down for good by the end of this month. “Due to the current economic impacts, after almost 100 years of welcoming guests to The Grand Dame of New York, The Roosevelt Hotel, is regretfully closing its doors permanently as of Oct.

New York, NY – October 9, 2020 – The Broadway League announces the continued suspension of all ticket sales for Broadway performances in NYC through May 30, 2021. Dates for each returning and new Broadway show will be announced as individual productions determine the performance schedules for their respective shows.

Broadway shutdown extended until May 30

Broadway shutdown extended until May 30

Fans of Broadway will have to wait a little longer for shows to resume – until at least late May. Although an exact date for various performances to resume has yet to be determined, Broadway producers are now offering refunds and exchanges for tickets purchased for shows through May 30.

The one-two punch of Covid-19 and the racial-justice movement has upended huge swathes of society — work, school and health care. Below the radar, it’s also shaking the foundations of another set of U.S. institutions — museums — forcing them to sell prized works and broaden the definition of great art.

B&B Theatres, the sixth-largest cinema chain in the U.S., has been operating for nearly 100 years. Its owners now say it is months away from filing for bankruptcy protection. The family-owned business has 48 theaters in eight states and was forced to shutter all of those locations in March due to the coronavirus pandemic.

Microsoft is allowing more of its employees to work from home permanently, the company announced Friday. While the vast majority of Microsoft employees are still working from home during the ongoing pandemic, the software maker has unveiled “hybrid workplace” guidance internally to allow for far greater flexibility once US offices eventually reopen.

The Island Brokers Are Overwhelmed – DNyuz

The Island Brokers Are Overwhelmed

Calls and emails come in at all times of day and night. They no longer concern fun or prestige. Instead they focus on fresh water and solar panels. These were not the inquiries they had grown used to. The island brokers are overwhelmed.

Charles Evans, president of the Federal Reserve Bank of Chicago, spoke with Yahoo Finance to discuss the economic implications of no fiscal stimulus and what lies ahead for Fed policy. Below is a transcript of his appearance, taped on Oct. 8 and aired on Oct. 9.

LOL they probably charged like $10,000 a ticket to hear this great “analysis” https://t.co/NjJYNF4unM

ESPN preparing another round of layoffs amid coronavirus pandemic – nj.com

ESPN preparing another round of layoffs amid coronavirus pandemic

The Worldwide Leader is about to get smaller. Front Office Sports reports ESPN is preparing for another round of layoffs. This time, the coronavirus is to blame. ESPN could lay off hundreds of employees in the coming weeks … One source pegged the potential number of job losses between 300 and 700 employees.

The financial system is here in 2020. Growing debt, margin, cash. The equities are supported by more debt. The tech stocks have increased as a result of low interest rates.

I’ve talked about it over and over but CMBC is a HUGE issue today. I broke it down in this video and went on so long it continues into the video I’ll post tomorrow. Stay tuned for that. Do you think that most investors know about the dangers here? 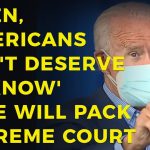 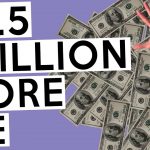