The market took a dump. Does anyone even remember what a down day looks like? I didn’t realize the color red could even show up on the screen. Well, I guess the ol’ buy the dip strategy is on the table again. Buy everything, as long as its tech because apparently tech can’t lose, ever. Well, at least that’s what I tell myself…

View up-to-date U.S. market and world market charts. Get the latest on world economy news and global markets in our Market Overview.

Stocks fell sharply on Thursday, retreating from all-time highs as tech – the market leader since the rebound began in late March – suffered its biggest drop in months. The Dow Jones Industrial Average dropped 807.77 points, or 2.8%, to 28,292.73 for its biggest one-day decline since June 11.

Tesla shares slid 9% on Thursday, building on the stock’s recent losses after the company’s largest outside shareholder reduced its position, and after the automaker said it would raise up to $5 billion in a new share offering. With Thursday’s decline, the stock is more than 18% below Monday’s close, a day when the name surged following its stock split.

U.S. stock futures fell on Thursday night following a massive decline sparked by tech shares during regular trading. The Dow slid more than 800 points, or 2.8%, during the cash session for its biggest one-day decline since June. The S&P 500 plunged 3.5% and the Nasdaq Composite dropped 5%.

When stock buying starts to get giddy, at some point, the froth has to blow off. Stock strategists say that’s what appeared to happen Thursday, with no one catalyst driving the selling. Stocks fell hard in rapid fashion with tech and momentum hit harder than other areas of the market.

Asset prices could be on the cusp of a sharp collapse known as a “Minsky moment,” and may retest lows last seen in March, according to Ron William, market strategist and founder of RW Advisory. Markets have experienced a broad bullish period in recent months as investors bet on further stimulus from governments and central banks, and the prospect of a coronavirus vaccine.

Head of Macro Analysis Summary: The consensus expects a mixed NFP report for the month of August characterized by a new decrease in the official unemployment rate (U-3), a slowdown in payrolls and a new rise in the broad unemployment rate (U-6). There will be two major points of interests.

The pace of rehiring is expected to have slowed in August, and the economy likely added fewer jobs than in July as workers continue to be laid off. Economists expect 1.32 million jobs were added in August, and that the unemployment rate fell to 9.8%, according to a Dow Jones survey.

Many workers expect their ‘retirement’ to include a job, survey shows

Majority of workers expect their ‘retirement’ to include a job, survey shows

For many workers, a traditional retirement is not part of their plans. Among baby boomers still in the workforce, 59% expect to keep working into retirement, a new study from Voya Financial shows. For Generation X, that share is 60% and for millennials, 49%.

NEW YORK (AP) – The U.S. economy’s economic engine may be running out of fuel. Consumer spending accounts for about 70% of the U.S. gross domestic product, making it the single most important factor in recovering from one of the worst recessions on record.

Hilton Hotel in Times Square Is Set to Close – WSJ

Hilton Hotel in Times Square Is Set to Close

The Hilton Times Square is set to become one of the most prominent Manhattan hotels to shut down on a long-term basis amid the coronavirus pandemic. In a Monday public filing with the New York State Department of Labor, the company in control of the 478-room hotel announced the “permanent closing” of the property and said it would cut 200 jobs, effective in October.

As riders slowly return to the subway, they may notice more missing from station platforms and passageways than swarms of straphangers. Many of the retail spaces scattered about hundreds of stations – from a music store famed for its Latin music collection to a tiny storefront where you could buy a pair of cheap sunglasses before walking to the beach – have closed since the onset of the pandemic in March, according to the MTA.

US trade deficit surges in July to highest in 12 years

US trade deficit surges in July to highest in 12 years

WASHINGTON (AP) – The U.S. trade deficit surged in July to $63.6 billion, the highest level in 12 years, as imports jumped by a record amount. The Commerce Department reported that the July deficit, the gap between what America buys and what it sells to foreigners, was 18.9% higher than the June deficit of $53.5 billion.

The Money GPS is the most active, most informative channel in the financial world. Day after day, breaking down the data and making it easy to understand. This channel is not here to help build a portfolio, give stock picks, or financial advice. It’s simply data that is generally not found through conventional means.Tech stocks have been rising considerably in 2020. More money, cash, and debt has been accelerating this influx. The financial analysts and corporations are profiting. Corporate profits are crucial. 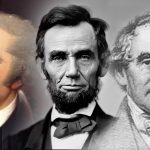 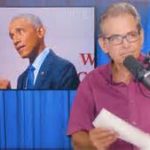