In the last installment, I introduced the false solutions being fed to society with the Great Green Reset agenda which aims at creating a new economic order. This order, as it is being promoted by Mark Carney, Chrystia Freeland, George Soros, Bill Gates and other minions of the City of London is shaped by a devout belief in depopulation, world government and master-slave systems of social control. These modes of thinking are not new but go back thousands of years and the only way to properly understand the true constitutional nature of the United States of America is to see this nation as the first (albeit imperfect) successful independence revolt from this historic system of oligarchism which established a new system of government not upon systems of hereditary power, but on the consent of the governed and the premise that all humanity are created equal with certain inalienable rights which no monarch could grant or remove because they cannot be owned.

This revolution of 1776 also gave rise to a system of political economy which placed value NOT upon the worshiping of money, markets or some communist utilitarian mechanism, but rather upon the inherent powers of creative reason located in the minds of all citizens. This potentially infinite resource (or “the resource that creates all other resources”) is only expressed IF a nation’s citizens are given the opportunities, means, hope and inspiration to express them. The means developed by leading figures of the revolution, to be used by government with the aim of actualizing those powers of mind included practices of national banking, public credit, selective protectionism and increasing the productive powers of labor via investments into internal improvements, infrastructure and scientific progress. None of these practices are taught in modern academia.

Lincoln’s Understanding of this Fact

Abraham Lincoln understood this fact all too well 170 years ago when he said in 1860: “Man is not the only animal who labors; but he is the only one who improves his workmanship. This improvement, he effects by Discoveries, and Inventions.”

This idea was amplified by Lincoln’s leading economic advisor Henry C. Carey who said in 1872: “The more his power of association, the greater is the tendency toward development of his various faculties; the greater becomes his control of the forces of nature, and the more perfect his own power for self-direction; mental force thus more and more obtaining control over that which is material, the labors of the present over the accumulations of the past…”

If you haven’t noticed it, both Lincoln and Carey recognized that it is by increasing rates of discoveries of unknown organizing principles of the universe which allows our species to translate those new discoveries into greater rates of scientific and technological progress. This overcoming of our limits to growth by leaping to new technologies and resources would then establish a guiding framework for planning future investments into R & D with a focus on activities that push the frontiers of human knowledge with an emphasis on space exploration in the macrosmos and discovering the geometries of the atom (and the relationship of matter to energy) on the microcosmos.

This process embodied by Lincoln and Carey was once known far and wide as the “American System” and it isn’t a coincidence that EVERY SINGLE American president who died while in office (eight in total) were supporters of this system.

The Origins of the American System

During the crisis of 1783-1791, The newly established American republic was an agrarian economy in financial ruins with no means to pay off its debts or even the soldiers who fought for years in the revolutionary war. It was only a matter of time before the fragile new nation would come undone and be reabsorbed back into the fold of the British Empire.

The solution to this unsolvable crisis was unveiled by Washington’s former Aide de Camp and now Treasury Secretary Alexander Hamilton who studied the works of the great dirigiste economists like France’s Finance Minister Jean-Baptiste Colbert, and introduced a four-fold solution:

Throughout all of his works, Hamilton is clear that value is not located in land, gold, money, or any arbitrary value favored by followers of the British School like Adam Smith. In defending the growth of manufactures and internal improvements, Hamilton states that “To cherish and stimulate the activity of the human mind, by multiplying the objects of enterprise, is not among the least considerable of the expedients, by which the wealth of a nation may be promoted.”

The Overthrow of the American System

Although City of London-affiliated traitors in America like Aaron Burr established the speculative Bank of Manhattan which started Wall Street, killed Alexander Hamilton in 1804, and derailed many of Hamilton’s grand designs, the system was never completely destroyed despite the decades of attempts to do so. In 1824, the great German economist Frederick List came to America with the last surviving leader of 1776 Marquis Lafayette as part of an international effort to revive the sabotaged plans to create a world of sovereign republics modelled on the American experience of 1776.

While this effort failed with Lafayette’s supplication to the scheme of re-instating a French King in 1830 rather than declare himself the President (as I outlined in my recent paper on the Congress of Vienna), List studied Hamilton’s system and was the first to codify it as the American System of Political Economy (1827). This was the system which List transported to Germany by driving rail development, industrial growth, protectionism under the German Zollverein which finally blossomed under the rule of Chancellor Otto von Bismarck. List’s system was also studied, translated and applied in Russia by many “American System economists” with the greatest being the Transport Minister and Prime Minister Sergei Witte who oversaw the trans Siberian railway’s completion and envisioned a line eventually connecting the Americas to Russia via the Bering Straits.

In America, the clash between American vs British Systems defined all major conflicts from 1836 when a drunken racist named Andrew Jackson killed the 2nd National Bank (along with thousands of Cherokee) and brought the nation under the heal of British Free Trade, speculation, and cotton plantation economics. Following the IMF’s protocols that would be imposed onto victim nations 150 years later, Jackson cancelled all internal improvements in order to “pay the debt” and deregulated the banking system which resulted in the growth of over 7000 separate currencies issued by an array of state banks rendering the economy chaotic, bankrupt and prone to mass counterfeiting.

The defenders of the American System during this period (led by Whigs such as John Quincy Adams, and Henry Clay) played a rear-guard action hoping for an opening to occur at some point. When that opening finally arrived with the victory of Whig President William Harrison in 1840 a glimmer of hope was felt. Harrison swept to power with a mandate to “revive the national bank” and enact Clay’s American System of internal improvements but sadly the new leader found himself dead in a matter of only 3 months with legislation for the 3rd national bank sitting unsigned on his desk. Over his dead body (and that of another Whig president only 10 years later), the slave power grew in influence enormously.

It wasn’t until 1861 that a new president arose who successfully avoided assassination attempts long enough to revive Hamilton’s American System during a period of existential crisis of economic bankruptcy and foreign sponsored civil war which nearly destroyed the Union in ways not that dissimilar to the situation unfolding in America today.

In my next installment, I will introduce Abraham Lincoln’s revival of Hamilton’s American System with his incredible battle against the forces of Wall Street and the City of London who did everything in their power to ensure the success of the secessionist slave power.

They had to invent “Economics” to “explain” the method as set up by the British Empire. Realising they had been left out of the “great game” our German cousins decided they wanted part of the booty. The Germans looked to Vienna for academic answers and so was born the “Austrian Economics”.

Of course the USA has been doing the “war stuff” post WW2 basically for and on behalf of the British Empire.

Meanwhile “The RONA” will suffice as an interim “racket” before there is another big bust up. 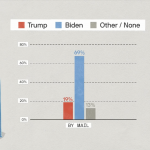 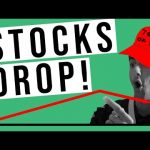