We should be aware of the cynical, dirty game when NATO waged their aggression against Yugoslavia. If we read Western pro- NATO news, we can get the impression that NATO only responded to deal with Serbian oppression of Albanians fighting for their freedom.

The reality is completely different.

One of the very good documentaries made by the BBC is “Moral Combat, NATO at war against Yugoslavia.” aired on March 12, 2000. Since it is no longer available on the BBC site, the YouTube channel Swedish-Serbian patriot has published and adapted shorter version with Serbian subtitles. While the original documentary was 60 minutes, the edited version is 17 minutes:

A complete transcript, with the shocking statements from Kosovo Albanians and NATO leaders, is available on news.bbc.co.uk. Here we see that Kosovo Albanians needed to provoke Serbians to lure Serbians into attacking them, thus making it likely that NATO would engage Serbian forces in the war

One example could be the Kosovo Albanian negotiator Dugi Gorani, who said: “Every single Albanian realized that the more civilians die, intervention comes nearer.”

At the time, even the United States admitted that the Albanians killed Serbians in cold blood to provoke a Serbian reaction. US Assistant Secetary of State, James Rubin said the following: “Killing postmen or killing Serb civilians in cold blood – those are terrorist acts that we do believe were wrong and unfortunately that was what the KLA was pursuing at the time.”

KLA is the acronym for the Kosovo Liberation Army, branded as a terrorist organization in 1998, but it became a NATO ally before, during and after the NATO bombing of Yugoslavia in 1999. They were well aware that they needed to commit acts of violence to get NATO on their side. Said Veton Surroi, a prominent Albanian political leader:

“There is a message that is being sent to the Kosovars – if you want to draw international attention you have to fight for it. That is exactly it. You need to use violence to achieve your goals.”

Alan Little was the BBC journalist responsible for the documentary, and he was clear that the Albanians had a strategy to provoke the Serbians.

“They began to ambush Serb patrols, killing policemen, then disappearing as rapidly as they had struck, an invisible commando force.  Serb casualties mounted. Would the West see them as victims of terrorism, or of legitimate peoples’ uprising?”

Hashim Thaci, who later became Priština’s prime minister and now indicted war criminal, also knew that Albanian civilians would suffer. But that was the price they were willing to pay to get NATO on their side:

“Any armed action we undertook would bring retaliation against civilians.  We knew we were endangering a great number of civilian lives.”

Gorani from the Albanian negotiating team knew that Albanian civilians needed to be killed in order for NATO to become the KLA airforce.

“There was this foreign diplomat who once told me ‘Look unless you pass the quota of five thousand deaths you’ll never have anybody permanently present in Kosovo from the foreign diplomacy,’” he said.

Given his high rank in the US state department, William Walker was a bit surprised when Secretary of State Madeleine Albright wanted him to head the Kosovo Verification Mission (KVM), set up by the OSCE to monitor the situation in Kosovo.

Beatrice Lacoste was the spokeswoman for the KVM, and in the interview below, Beatrice reveals the dirty game of William Walker, the CIA, and Western intelligence agencies before the NATO aggression against Yugoslavia in 1999. In the interview, there is a short section where I speak Serbian. To skip this, go to 12:42 in the video.

In the BBC documentary, we also see that there were opposition against Walker, within the KVM. One of them was Capt. Roland Keith.

“Ambassador Walker was not just working for the OSCE. He was part of the American diplomatic policy that was occurring which had vilified Slobodan Milošević, demonized the Serbian Administration, and generally was providing diplomatic support to the UCK or the KLA leadership.”

After the Serbians signed a cease-fire, the KLA exploited this. In the documentary commentary, Little said that Walker’s cease-fire monitors drove around Kosovo in brightly- coloured orange vehicles. Their job was to watch as Milošević withdrew his police and returned his troops to barracks. In the beginning, he complied.

But the Albanians were much harder to monitor because they had not signed any cease-fire agreements.

“This was much harder to monitor.  Where the Serbs withdrew, the KLA moved forward, filling the vacuum. For the cease-fire agreement had a fatal flaw. It was one-sided. It had required nothing verifiable from the KLA,” Little said.

Agim Çeku, a KLA commander was happy: “The cease-fire was very useful for us, it helped us to get organized, to consolidate and grow.”

Read the complete transcript to better understand how NATO waged war against Serbia and the Serbs.

Related articles about Serbia on The Duran, by the same author:

good but how yuo

Google is paying $27485 to $29658 consistently for taking a shot at the web from home. I joined this action 2 months back and I have earned $31547 in my first month from this action. I can say my life has improved completely! Take a gander at what I do

Of course it was a dirty game. Clear from the inception. Destroy Yugoslavia and integrate its pieces into the EU but mostly into NATO. Old news but not any less revealing of future intentions.

Yup. The KLA was being directed by the US from the get go. Typical CIA, but a war crime a crime against humanity nonetheless.
William Walker is such a pathological liar. 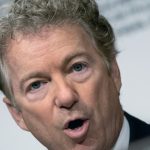 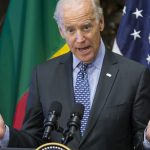