In the aftermath of the Second World War, the greatest concern facing the United States and its European allies was restraining the Soviet Union and preventing the spread of communism. Cooperation on military security was important, and the United States and Europe rose to the challenge by creating NATO, a new type of multilateral defense agreement.

But after the fall of the Berlin Wall, it was economic rather than military security that was at risk, and because of this politicians in the West wanted the organization (the institutional connection between the United States and Europe) to survive. When the NATO bombing of Serbia was launched in 1999, the organization had shown all critics that it needed to survive (officially, to stop a genocide and defend human rights), at a time when ordinary citizens in the West were convinced that NATO had played out its role, because there was no communist threat any longer.

But the economy was the only reason why NATO needed to survive and continue operating; and the desire of politicians in Sweden and other countries to join NATO could be viewed in the light of the economic aspect (but instead they make up lies about the threat from Russia, to fool the people). The economy was, after all, something that the founders of NATO wanted to play an important role in the organization. For this reason, Article 2 of the North Atlantic Treaty lays down that the Parties “will seek to eliminate conflict in their international economic policies and will encourage economic collaboration between any or all of them.”

From the start, NATO has been alive to the value of economic consultation which has developed steadily since 1949 and is now an integral part of the organization’s activities. Because political cooperation and economic conflict are not reconcilable, the member countries also play a major role in various global organizations to prevent the adoption of economic policies which run counter to the spirit and the interests of NATO. Consultations might take place within NATO whenever questions arise which are of particular political or strategic importance for the organization, especially those which “affect the economic health of the Atlantic Community as a whole.”

This could explain much of why Donald Trump resented NATO so much, since he wanted to put “America first” and withdrew from many international agreements as a consequence. Unlike Trump, however, Joe Biden played a key role in the campaign to keep NATO alive and the bombing of Serbia. Really, what took place in the late 1990s (and still does today) can be summarized in these words: “Money makes the world go round.”

Spasoje also has very good videos of Joe Biden, how he hates Serbia and Serbians with a passion. Take a look at this playlist: https://www.youtube.com/user/YugoCast/search?query=biden 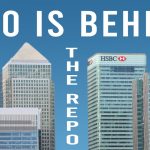 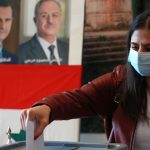