Open this article to see me and NATO warmonger Jamie Shea on Pink TV, the most viewed TV station in Serbia, praying together with the Serbian people, challenging Serbian President Aleksandar Vučić not to sell one square inch of Kosovo and Metohija, and proposing Kristian Kahrs as the new Serbian ambassador to Oslo!

Last week I was able to be on Pink TV, the most viewed TV station in Serbia, to pray together with the Serbian people for Father Sava Janjić. I would also encourage you where you are now to take a break in what you are doing right now, to thank God for Sava, and to pray that God will protect him and provide the necessary security he needs in the Visoki Dečani monastery, surrounded by Albanians who want to hurt him and Serbians in Kosovo and Metohija.

Kosovo Albanians now accuse Father Sava of war crimes, but Sava has a fantastic response to this when he is quoting the Sermon on the Mount, from Matthew 5:11-12: 11 “Blessed are you when people insult you, persecute you and falsely say all kinds of evil against you because of me. 12 Rejoice and be glad, because great is your reward in heaven.“

I was able to mention the example of Paul and Silas who was in prison in Phillippi, how they rejoiced and sang hymns when they were imprisoned and persecuted.

My teddy bear, the terrible warmonger and professional liar Jamie Shea, was also able to join me in the studio, but I am very glad he kept silent because he is a lying scumbag, demonizing Serbs and others.

I was also able to urge Serbian President Aleksandar Vučić not to sell not one square centimeter of Kosovo and Metohija. On Pink TV, I also suggested that I would be an excellent Serbian ambassador to Oslo 😉

There is a smiley there because I am half-joking, but I am now in the process to get a Serbian passport in addition to my Norwegian, and if the Serbian government want to have a real conversation with Western countries about the withdrawal of recognition of the Priština regime, it would be smart of them to use someone like me, a former NATO aggressor in some official capacity.

Soon, I hope to have more translation support from patriotic Serbians who have a common goal of improving the image of Serbians in the world. Therefore I have made the Telegram group Serbian-English translation. If you are bilingual in Serbian and English, this is your call to volunteer. There will be much more from me in the future.

We were warned! The unabashed propaganda of Jamie Shea and James Rubin on CNN every hour on the hour as a harbinger of things to come.

Ignored at everyone’s own risk. 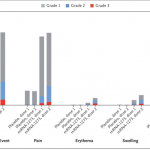 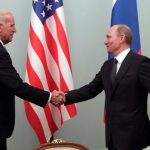