Even if the Balkans is not stable, a strong Serbia is good for the stability of the region. As usual, Alexander Mercouris and Alex Christoforou have excellent questions, and geopolitically, Serbia is in a much stronger position now than a few years ago.

While a lot of countries in Western Europe are in chaos because of the Covid handling, the Serbian government handled this crisis much better than its European neighbors. Serbia is only beaten by the United Kingdom when it comes to the number of vaccinated people, and Serbians can choose Phizer, AstraZenica, Moderna, the Russian Sputnik V, and the Chinese Sinopharm.

Personally, I have chosen to trust the Serbian and Russian health authorities when I have taken two shots of the Sputnik vaccine, but compared to other countries in Europe, there are no authoritarian tendencies in Serbia where unvaccinated people are being discriminated against.

We should respect people who have good reasons not to take the vaccine, and even if Serbian authorities strongly encourage people to get vaccinated, they also know that the Serbian people would never accept being forced to take a medication.

In the conversation above, you can also hear that I have received my own grave in Belgrade. In about 50 years, I will have the privilege to rest together with the Yugoslav ambassador to Libya from 1976 to 1980, Mr. Marijan Petrovski. Even if I am 100 percent Norwegian, I feel like a fish on land in Norway, and Belgrade is my home.

As Marijan represented the non-aligned Yugoslavia, Serbia is now regaining the position of the old Yugoslavia, navigating between the different geopolitical blocks.

For me personally, this means that I can produce the Norwegian brown cheese, the brunost, made from whey, without sugar, like a healthy caramel, and export it to markets around the world, without being bound by the European Union trade restrictions.

Although Serbia is a relatively small market with seven million people, this is a strategic country with good trade relations, zero taxes for food exports to the EU, and a strategic partner for the Eurasian Economic Union. This means that we can open Russian and Chinese markets with no trade barriers.

Russia is also one of the most cheese-loving countries in the world, with very high consumption of cheese per capita. After the worsening relations between Norway, Western European nations, and Russia, cheese exports from the EU have diminished.

However, relations between Russia and Serbia are excellent, and Serbia is a privileged trade partner when it comes to exporting agricultural products and processed food to Russia. We will sell Norwegian brunost in Russia, made in Serbia.

I have now employed the best candidate to be my business manager and CEO for the brunost production, and Norwegian investors are ready to join the adventure to make sure that Norwegian brunost melt on the tongues of Serbian and others around the world.

Below, see the short video I made to recruit my business manager:

In the video at the top, we also speak about the ongoing war against Serbia. While NATO tried to use their best weapons, euros and dollars are being used today. The war continues with tremendous political pressure to force Serbian into the so-called Euro-Atlantic structures.

In the top video, you can see the absurd terms in which NATO waged their aggression against Yugoslavia in 1999 where NATO demanded complete access to land, sea, and air, without criminal responsibility or compensation. No independent nation would accept these terms.

We also talk about the Norwegian wife of the Priština prime minister Albin Kurti. Rita Augestad Knudsen is a part of the Norwegian state apparatus as a scientist on extremism at the University of Oslo and the Norwegian Institute of International Affairs. Many would say that it is a paradox that Augestad Knudsen is married to what many consider one the biggest extremists in the Balkans. See what I have written about her before.

Since we are all Christians, we also spoke about the importance for the Serbian people to revitalize their Christian faith to diminish nepotism and corruption. Please join us in our prayer for the revitalization of Christian faith in Serbia.

And of course, Alexander, Alex, and I agree that Serbia should never give up a square inch of Kosovo and Metohija to gain easier access to the EU. There is simply nothing to gain for Serbia, and they should continue to insist on international law and the geopolitical balancing they are doing today.

Yes, agree with the headline. There is only one aspect of Serbia’s politics worth of somewhat commendation and that is foreign policy efforts (namely, relations with Eurasian European Union, China). Things listed in the text are facts without doubt, but it is only one perspective and simple outer image. Extreme corruption, wrecked institution, one political-party legal system, strong underground voting system and pathological daily affairs are just some of negative common practices. But, of course, Serbia is by all means nice place to live when you have very high income in euros (5% statistical error of population) and personal perception… Read more »

I always find it amusing when I read in the context of Serbia that it has a one political party legal system and suffers from corruption etc, etc…. I have no idea what country does not suffer from same.   For example, the judiciary in the UK and Juliane Assange. I could write a book on this alone. The doyen of the western world is the US and its legal system is a joke let alone the political structure. If you mean that in Serbia corruption is money under the table well, what do you call when, for example, Janet Yellen, in… Read more »

Helga I. Fellay
Reply to  gte

The Serbian leadership is balancing between East and West in the public eye, while being entirely subservient to the latter behind the scenes. The level of cooperation with NATO is about five times that of the much publicised cooperation with Russia. It’s similar in other spheres. Western-funded NGO cadre has infiltrated all levels of government and they are enacting their masters’ agenda with impunity.

If NGOs had infiltrated all levels then the opposition would not be crying that they cant get elected due to the current electoral laws and Vucic would certainly not be President. The westerns may think they have their people in the right placers but its all smoke and mirrors as Kosovo still remains status quo and BiH is in limbo and borders have not been resolved with Croatia. That’s why every now and then some in Belgrade says Vukovar never belonged to the Croats. If you read history the Serbian St Sava said that the west sees Serbia as part… Read more » 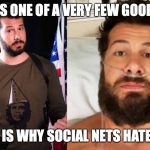 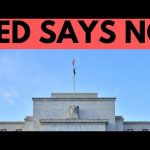