This weekend, a full bus from Stub Kralja Stefana or Pillar of King Stephan in English was supposed to visit the holy churches in Kosovo and Metohija, Serbia’s autonomous province, for the first time after the virus, but the authoritarian regime in Priština has prevented all Christian believers from visiting the holy sites, from all organizations wanting to visit the holy places.

Priština has given us no explanation, but our organization have received full support from the
Serbian government, from the Office for Kosovo and Metohija. They have been very clear in the condemnation of the Priština government. See the protest from the Serbian government.

This is also one of the major stories in Serbian now. Read for instance this story from the Tanjug news agency. Yesterday I was featured in the main news show at TV Pink, the most viewed TV station in Serbia. TV Pink interviewed me as the spokesman for Stub Kralja Stefana, and I have provided English subtitles in the news clip below.

As a Norwegian, I also asked the Norwegian embassy in Priština to help us with the unwilling Priština authorities, to urge them to put pressure on the Albanians to allow Serbians to visit their heartland.

I have to question your unwillingness to provide for a good dialogue between Priština and Belgrade.

We in Stub Kralja Stefana have the full and unconditional support of the Serbian government, and we will strongly protest against the sabotage Albin Kurti and his government are carrying out against a constructive dialogue. Several media in Serbia are now covering this case, and this is a major international scandal. We are appearing in a lot of media, and more TV interviews are still to come.

The reason why I include Augestad Knudsen in this dialogue is of course that she is Kurti’s wife. Although she is formally affiliated with Norwegian Institute of International Affairs as the director of the Consortium for Research on Terrorism and International Crime and the Center for Research on Extremism, she is perceived as part of the Norwegian state apparatus, and therefore we believe that Norway has a special responsibility to facilitate the dialogue between Priština and Belgrade.

Many will perceive it as peculiar that Augestad Knudsen is a researcher on political extremism when Kurti himself is perceived by the Serbian government as a political extremist without a will to dialogue. See statements about this from Petar Petković, Director of the Office of Kosovo and Metohija in the video interview linked above.

Although I, as a former Norwegian NATO officer in Pristina, have a clear position on Kosovo and Metohija’s territorial integrity as an autonomous province in Serbia, I am a strong supporter of dialogue, and there is not a single person in the whole world I can not sit down with for a cup of coffee.
Read more about this in my article on The Duran, Defending Kosovo and Metohija’s territorial integrity against dangerous globalists, where I look forward to having a coffee in Priština with my new LinkedIn contact Drilon S. Gashi, an Albanian in Washington DC who works for Priština’s independence from Serbia.

I look forward to a constructive dialogue in Belgrade or Priština, and of course, I travel to Priština to see if I can have a coffee with Jens Erik Grøndal and others who want to work for dialogue between Belgrade and Priština.

Now, all foreign embassies in Belgrade and Priština will get a letter from us in Stub Kralja Stefana, written by lawyers, urging countries around the world to stand up against Priština’s sabotage of constructive dialogue and the rule of law.

Geopolitical circumstances are changing very rapidly, that is why in particular the declining power of the U.S establishment is nervous and keen to get this chapter of their Nato criminal aggression against former Yugoslavia over with. They know perfectly well that according to the international law their recognition of the Kosovo independence is null and void as long as the Serbian state don’t recognizes it, and that there’s a real threat that in the future all those countries and leaders that have participated in this criminal act of aggression, can and will be processed in some future (truly) unbiased, fair… Read more »

Ah, you are Daniel Martin. Thank you for connecting with me on LinkedIn. My philosophy for LI networking you will find on kristiankahrs.com/linkedin.Thank you for a good comment, and you are 100 percent correct. I look forward to sending you newsletters.

Thank you Kristian and I look forward to reading them.

Go Kristian go! He is a brother. 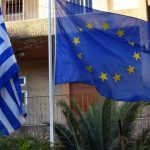 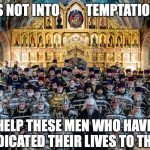