We were told this would happen. In fact, we were told many times, by the likes of no one less than Jesus Christ himself, but this quote gives a lot of detail since it was later stated, during the fourth century of the Christian era:

A monk once asked Abba Pambo, “Is it true, Abba, that the customs and traditions of Christians will change and there will be no priests in the churches?”

The Elder answered, “In those days, the love of many will grow cold and great distress will fall upon them. There will be raiding of nations, migrations of peoples, unstable Kings, rulers will be corrupt, the priests will become prodigals, and the monks will live negligently.

The clergy will be indifferent concerning their own salvation, but also that of their flock. All of them will be ready to run first to the table, and they will be quarrelsome, lazy at their prayers but eager to criticize, and ready to accuse.

They will neither want to imitate nor listen to the lives and counsels of Elders, but mostly, they will be all talk and say: “Had we lived in their days, we would fight too”…

The bishops of those times will again be subservient to the powerful, and they will make decisions according to the gifts they receive… They will not defend the poor when they are accused. They will grieve the widows and harass the orphans.

For those of us over fifty years old, these events have come to pass within our own lifetimes. The world always had troubles, but the twentieth and early twenty-first centuries have seen a breakdown in society that I would contest has never been seen in the Christian era. Many of my own pieces have highlighted such developments, particularly accelerated with the onset of the COVID-19 pandemic, where we have seen some of the most vile behavior from a great number of people, and with precious little in the way of a response.

It is like we have our hands and our souls tied – we watch, we listen, we are dumbfounded, and our responses and wishes for it to change just don’t seem to work.

This was exemplified in the behavior of the Twitter-sphere towards the conservative commentator Stephen Crowder. This man is guilty of nothing except the modern crime of living as a conservative man, following such traditions as staying abstinent from sex before he married his wife, Hilary in 2012. He is a YouTuber and a stauch political conservative. He has questioned the integrity of the 2020 elections and gotten demonetized for this dissent. He is branded a racist by the left, probably for much the same reasons that I also would be so branded… because the true racists are determined to keep their race as special and exempt from the same rules that govern the rest of society.

So, when he ran into medical problems, with a partly collapsed lung, he got treated with great “love” and “tolerance” by his critics:

Steven Crowder on Twitter: “Last night took a turn for the worse. Ever actually get so close that you can physically feel death? He’s a dick. The good news is, it’s fixable and these things happen. I’ll be back before you know it. Thanks for the support. pic.twitter.com/PvOOSi2ROK / Twitter”

Last night took a turn for the worse. Ever actually get so close that you can physically feel death? He’s a dick. The good news is, it’s fixable and these things happen. I’ll be back before you know it. Thanks for the support. pic.twitter.com/PvOOSi2ROK

And of course, they are often far, far worse. These and others are shown in this video:

And we have to look at this and ask: Are we all this evil?

I do not think so, and at the risk of being very direct, it is apparent that the hateful among us are all leftists. Some people describe “Far right” as “fascist”, but to that I would point out that the Nazi Party was for something called “National Socialism”, which appears to be very far left.

Let me offer a redefinition of “right and left” that is obvious to almost anyone but which has not been stated in a long, long time.

To be on the Left is to be opposed to God, to His will, His commandments, the traditions that help connect us to Him.

To be on the Right is to stand with God, to be on His side, to be His children and His people, and to act like it, showing love, kindness and patience with everyone, especially our enemies, but when a fight comes, we take it to the end and win for the sake of the glory of our King.

Somehow these definitions have moved away from this very ancient, actually Biblical, definition to some much more feeble arguments between secular traditionalists and secular whack jobs.

Now, to everyone, I want to put this idea forward because it is also one that has been forgotten by many in our time: The Bible is not an arbitrary document, nor is the religious view it explains and expounds upon, which is Christianity itself. The Bible is the “book of the Church”, compiled by the Church to explain how the whole of creation actually works, as this was revealed across thousands of years of history before Christ, and fully explained during His earthly ministry. While many claiming to be Christian failed in big ways, for two thousand years, Christianity shaped the world and created the very best of our civilization. It guided art, architecture and literature, but all of these came from the internal work on the human soul, bringing it into even just a taste of communion with God and all of his attributes – beauty, love, selflessness, peace, truth, and purity to name a few.

In point of fact, all of Western Culture up to the present time owes its nature and existence to Christian teachings applied in some way or multiple ways.

Now, all of this is being rejected, wholesale, and Abba Pambo’s words ring true. Look what perfect strangers have to say about a fellow human being who is in danger of death: “I hope he dies; I will celebrate!” – why such vitriol? Because Steven Crowder has a different opinion about life than they do.

That is all! He simply has a different opinion! But that opinion burns these people, committed to darkness as they are. Hatred cannot abide love or truth, and often it tries to deal with love and truth and beauty the same way the demons themselves do – by trying to destroy everything that is good, because it reminds them that they are on the wrong path.

This further explains why even political conservatives are adopting more and more points of view loved by the Left, such as abortion on demand, drug use on demand, legalization of narcotics, and even the crazy idea that “marijuana never hurts anybody”, something any recovering addict can set straight in about 0.2 seconds.

The “conservative right” often invokes Christianity, but a surprisingly large number of them do not actually follow Christ, in terms of truly seeking to be obedient to His commands. They think He is on their side, like a faithful buddy, but they do not want to pay attention to the fact that He is not their buddy, He is their God. At the same time, such conservatives are often horrified by the extremes their lefty brothers and sisters take, but they have no strength and no compelling voice in the argument. The most they can do is drag their feet in the grounds as they themselves slide down the slope, too.

For those who do try to seriously follow Christ in such times, Abba Pambo did go on to say a little more:

…The brother then said: “And what can one do in such difficult times?”

And the Elder answered: “My child, in such days the one who wants and tries to save his soul will be saved, and he will be called great in the Kingdom of Heaven.”

Seraphim Hanisch, Thank you for so cogently summing up these very troubled times we live in. You are absolutely correct in your critique of the Christians who are really Christian in name only! Please do yourself a favor and see the film “Ostrov” (Island) with Peter Mamonov, who just recently died. It can help you get even more clarity as to what is necessary when trying to a Christian life. Bottom line: Everyone is a sinner! Importantly, strive to commit no great sins and when one sins, cry out to God in repentance! Live in constant repentance and believe in… Read more »

The “Nazis” were not on the Left as alleged, but on the Right. They largely stood for traditional values and for that reason were lied about and demonised by the Left. We certainly don’t need to endorse everything they did, but the accusation that they murdered millions of Jews in gas chambers is not born out by the facts. According to their own estimates the Jewish world population was slightly increased between 1938 and 1948.

Such a wonderful article, thank you for bringing this wisdom. I do believe that the majority of US and the world’s citizens are good, but the cabal created the century of self to introduced unbounded liberalism to weaken society. They used drugs to create lost souls trapped in a living hell and many other indulgences. We know that liberalism creates self loathing, self hate, and is the road to discontent. This is a biblical war. People are the most content when the choose a disciplined path which is the path that Christ gave us to follow to God. We must… Read more »

It is the strangest thing that the people who claim to be so “tolerant” have shown some of the most astounding levels hatred and condescension to other view points. For instance the virtue signaler Don Lemon at CNN advocating for the unvaccinated to “starve” and be deprived their freedoms. This is the same Don Lemon who criticised Kanye West for what he said about slavery. Where was the calling out of the blatant hypocrisy? The cognitive disonance is astounding, especially as these holier than thou types were the same people who would have been using the whole “my body, my… Read more »

The founding Fathers of America, some were Christians, and many were atheists, agnostics and Deists.. The Bible is a major influence on Western society, but so is the enlightment, which the West looked to ancient Greek and Roman thinkers, such as Emperor Aurielius, Virgil, Aristotle, and Plato…These are the pillars of what we call the West, along with Christian doctrine.. 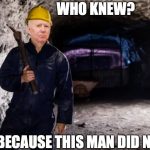 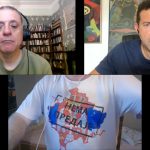