Tucker Carlson took the issue of “racism” to task in his opinion piece printed on Fox News’ website. Two Washington, DC teenaged girls aged 13 and 15, both black, carjacked a vehicle belonging to a gentleman named Mohammad Anwar, who was working for Uber Eats. Mr. Anwar resisted, but to no avail. What happened next is in Tucker’s own words:

On Tuesday, [Mr. Anwar] was driving near Nationals Park in southeast Washington when two girls assaulted him with a Taser. The girls were 13 and 15 years old. Mohammad Anwar resisted. It was his car, the key to his living, and he didn’t want to lose it. A bystander recorded what happened next.

Anwar’s last words were, “This is my car”, and it was. Bystanders watched all of this happen, but no one stepped forward to help Mohammad Anwar. The two girls hit the gas, flipping the car over. Anwar flew out of the vehicle and landed face down on the sidewalk, dead. The girls who killed him didn’t seem bothered by this.

“My phone is in there! My phone!” one of them screamed. She cared more about her phone than the life of the man she just killed. This raises all kinds of questions, not only about them, but about us. What kind of society produced children like this? Who raised them? What does it say about our country that no one jumped in to help this poor man before he was killed?

First, I grieve for Mohammad Anwar and his wife and family. The place this is shown in Tucker Carlson’s video begins at timestamp [3:07], and it is visceral. This is one of those times that working in journalism really is an awful profession, because even in the hopes of making something change, the bad news reported is so awful that it is more likely to spawn even more. Therefore we are not directly embedding this video in the news piece as often happens. This may be inadequate, but the need to get this story out seems to be strong, and yet, we are also responsible for how we do it. So, parents, the video is there if you want it, but it is horrifying, and your kids need not to see stuff like this.

This murder highlights how distracted we have become as a people by the fake mantra-weapon “racism” in all its permutations. The girl screaming about her phone being in the car – or rather, the killer screaming about her phone being in the car – is black. So is her friend. But wait! Black people never did anything bad to anybody! Only white people do bad things to people of different race; this is a known fact! The Media has been telling us this for years, with extra-special focus since last summer.

The magic word “racist!” has been the most successful weapon yet used by the secularists and the political left against people who would far rather be left alone, who are generally not racist and are horrified at the thought of being so.

The utility of this accusation lies in that it is impossible for one to actually defend themselves against it, especially supported by the ideas in Communist-inspired “Critical Race Theory” which implies that the dominant culture is racist simply because it is the dominant culture, holding all the power. 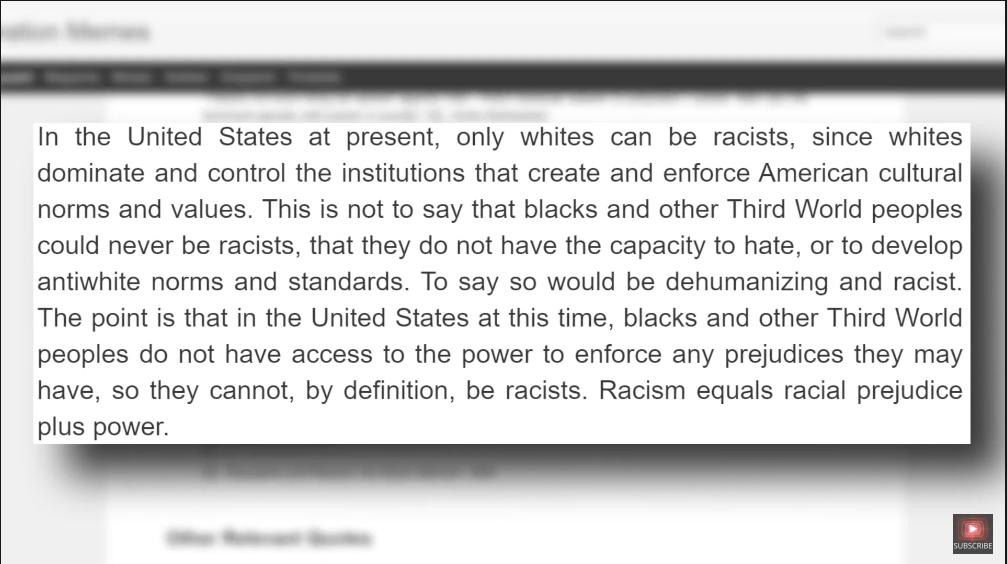 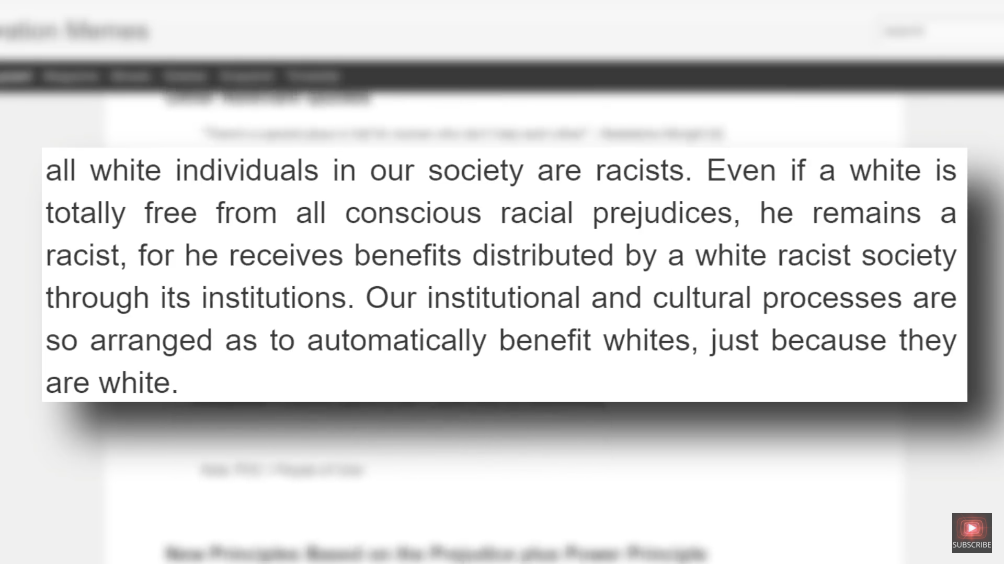 Except that is not exactly what the thought says. If it were, we ought to be covering racism in Africa, where black majority populations are probably utterly oppressing white minorities. That is happening, isn’t it?

In truth, Critical Race Theory is specifically targeted at white Anglo-Saxon Christians, and in truth it is really an attack against Christianity far more than it is about race. The attack is actually the same as similar tactics being more directly deployed against Christians – the epithet of “hater.” However, a Christian may be able to mount some sort of defense against this, where a person accused of racism really cannot, especially if they are white. The argument was crafted specifically for this with the actual statements shown above.

The attack is made against these people because traditionally, Christians have held the line in terms of identifying what is good and what is evil behavior. For secularists, anything goes, or it should. If I want to steal your car, I have a right to do so because you have it and I don’t so that is unfair and “racist”. If you resist me and you die in the process, it is your fault because you are “racist” and denied me having what I want.

That is how the reasoning appears to have gone for these two girls.

The black girls did not kill the light-skinned man (a Muslim) because he was white – they killed him because they wanted to. His right to be left alone was not respected because they wanted his car. His right to live was not respected because these girls are completely wild, out of control and given to having whatever they want. One can only imagine what is going on at home. Race has nothing to do with this, unless, of course, the girls got indoctrinated with the notion that they can do what they did freely because of their race and the notion of “retribution.”

That is racism, folks.

And because the reality of this innocent man’s tragic death at the hands of these two beasts is what it is no matter who did it or what they look like, and because the present social climate has uplifted people like these two girls, like George Floyd, Trayvon Martin and many others to the status of near-saints because they are “the victims”, I have no choice but to call it straight:

Two black girls murdered a white man because they wanted to. If anybody thinks that claim is racist, that person needs to have their head examined, preferably by a Christian, either a priest or an exorcist. Something is very, very wrong.

Afterword: There is a GoFundMe campaign (follow the embedded link) if anyone wants to chip in to help Mr. Anwar’s family. It has been very successful in raising money, but this family just lost much of its livelihood. They need all the help they can get.

The ongoing and increasing carjacking epidemic in the US has a face, and it is not a white one.

They say live and learn. This time it’s a case of die and maybe – just maybe – someone else still alive will learn a thing or two. Think so?

A white female spring breaker who fell for the multicultural propaganda paid for it with her life.
https://nypost.com/2021/03/25/spring-breaker-found-dead-in-hotel-room-warned-of-dangers/

I posted this exact comment verbatim in the Slaying Evil blog where SYSBMers like myself discuss avoiding feminized Western scraggle daggles (toxic black womin), their offspring & associates ike the plague: ===== This is WHY there’s gonna be a serious backlash against the black community for all the dysfunctional shit their criminal offspring propagate. Check this tweet out: — In the news: look at the color of the arms: [pic] source: https://twitter.com/ogenopen/status/1376180208361963531 ===== The above tweet by @ogenopen was in reference to a news article that showed a white woman in handcuffs even though the 2 murderers were black womin.… Read more »

It would not surprise me if the BLM Marxists, construct two statues honouring the murdering Negresses.

Dude, BLM was most likely created & financed by whites in Lord Ziostein’s clan in order to distract YOU from LEGALLY using YOUR guns to annihilate THEM which is what the 2nd Amendment is there for whenever a tyrannical government goes too far or is hyjacked by enemies both foreign & domestic. Somehow, the majority whites have an easier time lynching innocent blaaacks instead of whacking their minority Zionist bankster oppressors. smdh They can’t even muster the energy to go into decrepit inner cities like Shitcago & do us law-abiding blacks a favour by offing the lowlife gangster degenerate scumbags… Read more »

Sepharaphim, please remove the duplicate comment in moderation which is the older un-edited version to this one below:

Done! Thanks for everyone’s comments. I am not prejudiced against any race or group of people by virtue of identity. However, this kind of thing certainly is like a blot on the reputation of African-Americans as a demographic group. Because they visibly often manifest brutal and evil behavior, it does not influence me to pity for how they are marginalized. Doctor Martin Luther King had it right when he said “I have a dream in which a man will not be judged by the color of his skin, but by the content of his character.” Right? The character on display… Read more »

Very thought-provoking. Excellent reasoning, and i am going to borrow that sentence, Seraphim Hanisch. 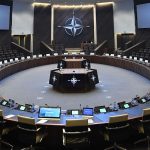 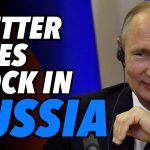