This story is one of those that has always been perfectly obvious to me, living in Moscow, Russia, but, what with the news streams from around the world so focused this last year on the US, Donald Trump and COVID-19, this very visceral trend sort of got ignored.

This trend is the extreme level of disturbance that has become evident in the United States. Black Lives Matter riots, violence, burnings, shootings, “Defund the Police” activity and an overall increase in lawlessness. Church closures, crazy business closures, with marijuana (cannabis) shops staying open to serve the population, whilst houses of worship all over the country, particularly Christian Churches, were closed and dominated by government restrictions for the first time in memory.

The United States took on many of the features that in fact my own news pieces had been warning about for years – that the seeds of a 1917-type revolution were getting ready to break through the soil of a nation that set herself up through the rejection of traditional values and the acceptance (and not a little caving in) of Marxist propaganda, class and race warfare and a level of ignorance of the nation’s Constitution extending from the average citizen all the way through all branches of the American government it defines.

But if you think that the rest of the world was going through the same turmoil, you would be wrong. Granted, COVID-19 has certainly been one very large pain in the you-know-what here in Russia, but life simply adjusted to it and things moved on. My actual workload increased from my local work in the country, as television and movie programming required ever more translation than I have yet seen. By June last year, the country was largely reopen as normal, and when the virus went on the increase in the early autumn months, the move for many people in corporate jobs to work from home was not only accepted, it actually boosted productivity in many places.

The lack of long commuting on buses, in subways and in personal cars led to substantially cleaner air and quieter streets. During the strictest part of the lockdown effort, one was required to have a pass to use the mass transportation services, but everything ran pretty well.

This is not to say that we enjoyed life under COVID. A lockdown is a lockdown, no matter how mild, and the restrictions on travel both locally and internationally were very unpleasant. Many of our church parishes still have masking rules in place, though no church has been closed overall for services to my knowledge since June last year. At the same time, a large number of churches are running exactly as they did before the pandemic, with zero to only occasional people wearing masks in services and with no mask mandates in place in many places.

The same can be said of many other nations: Brazil, India, Canada, England, Germany, all hard hit by COVID-19, in fact India is presently having a severe spike of the disease, but the country is meeting the crisis with resolute calmness.

So, why is the United States so incredibly unstable? Why did it suffer a coup d’etat, the installation of a false and highly dangerous “government” at the Executive Branch, and why are murder rates in large American cities up so much, along with all sorts of other crime? Why is New York City, not long ago considered the safest large city in America, suffering population loss as people flee the city for anywhere where life is normal?

The answer is simple. We let leftists get power. We let cultural Marxists pave the way for nothing less than a Marxist revolution in the United States. Look at Russian / Soviet videos from the 1918-1925 times and American demonstrations now. Not much of a difference is there? Look at the faces and hear the voices of the people. The craziness is the same, only the language and faces have changed.

The forces of the Left have been relentless for years, even decades in the United States. The wave of violence and disturbance was inevitable. But COVID-19 created an irresistibly attractive crisis that the Left grabbed onto and milked for all it was worth.

Tucker Carlson offers his usual excellent analysis of the problem here below:

Now, it appears that COVID-19 is truly mostly past us. The illness is endemic, so there will be cases of COVID-19 and other severe respiratory illnesses around us always. But the development of vaccines in many countries around the world and the deployment of those vaccines appears to be making a noticeable dent in the trends of new cases per day. Herd immunity, derived from the aggregate of vaccinated people, those naturally resistant, and those who had the illness already, seem to be closing the window of opportunity for the continues spread of the virus. This observation may turn out to be in error, but that is what we are seeing right now.

However, the damage wrought by very bad people taking advantage of what was a “perfect storm” in America, have severely damaged the American nation at a level not seen since the American Civil War, and possibly even worse when taken on the level of conflicting ideologies about how the nation should be. For that, we have no one to blame but ourselves, for being too complacent in the notion that our Republic would last forever simply because it is the best, and for thinking that there is some better, all human-driven way to live and think than what has been given to us by our Creator.

The United States of America was the most blessed nation in the last thousand years. It is now just a shell of its former self because it rejected the Author of its own freedom and all the blessings that came from Him.

What will we do next?

Tucker Carlson is wonderful. One of the few voices of reason left.

Systemic ignorance has advanced to systemic STUPIDITY….and has taken a firm hold in parts of America…notably the “blue” sector… 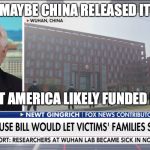 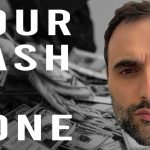