A new piece of news released on the Fox News website notes that Dr Anthony Fauci supported “gain-of-function” research on viruses, citing a paper the doctor published in opining that such work, though risky, was a far better bet than not to do it.

This as the story is trying to be massaged, in my opinion, to blame China squarely for this virus. However, this blame is unfortunately fraught with dishonesty. While it may indeed be China’s responsibility for mishandling the crisis after SARS-CoV-2 escaped the lab, many fingers point at the United States, most notably Doctor Fauci himself, for sponsoring the research into coronaviruses that led to this particular chimera getting out and causing a worldwide pandemic.

The mainstream US media is skating around that part, and this is very serious. What was the United States doing funding such research, and why in China if the Chinese are so God-awful bad? This is the core of the real story that has yet to be addressed. However, the movement in developing this story has been moving in the right direction in many ways, most particularly looking at Dr Fauci’s involvement in the development of the virus.

The NIH paper, authored by the increasingly cornered doctor, states the doctor’s position directly, and here you can see Dr Fauci’s own words on the subject (we added emphasis to emphasize the doctor’s own sentiments about this topic):

Anthony S. Fauci
This article has been cited by other articles in PMC.

The influenza virus research community is to be commended for implementing a voluntary moratorium on “gain-of-function” experiments related to the transmissibility of highly pathogenic H5N1 influenza virus (1). As a key funder of influenza virus research, the National Institute of Allergy and Infectious Diseases, a component of the U.S. National Institutes of Health, strongly supports the continuation of this moratorium pending the resolution of critical policy issues related to the rationale for performing and reporting such experiments. We need to be certain that the fundamental purposes of this work, together with its risks and benefits, are understood by multiple stakeholders, including the general public, and that decisions are made in a transparent manner.

It is clear that the scientists who conducted the experiments that triggered this debate (2, 3), and who are among those who voluntarily signed onto the moratorium, have conducted their research properly and under the safest and most secure conditions. However, the issue that has been intensely debated is whether knowledge obtained from these experiments could inadvertently affect public health in an adverse way, even in nations multiple time zones away. Putting aside the specter of bioterrorism for the moment, consider this hypothetical scenario: an important gain-of-function experiment involving a virus with serious pandemic potential is performed in a well-regulated, world-class laboratory by experienced investigators, but the information from the experiment is then used by another scientist who does not have the same training and facilities and is not subject to the same regulations. In an unlikely but conceivable turn of events, what if that scientist becomes infected with the virus, which leads to an outbreak and ultimately triggers a pandemic? Many ask reasonable questions: given the possibility of such a scenario—however remote—should the initial experiments have been performed and/or published in the first place, and what were the processes involved in this decision?

Scientists working in this field might say—as indeed I have said—that the benefits of such experiments and the resulting knowledge outweigh the risks. It is more likely that a pandemic would occur in nature, and the need to stay ahead of such a threat is a primary reason for performing an experiment that might appear to be risky. However, we must respect that there are genuine and legitimate concerns about this type of research, both domestically and globally. We cannot expect those who have these concerns to simply take us, the scientific community, at our word that the benefits of this work outweigh the risks, nor can we ignore their calls for greater transparency, their concerns about conflicts of interest, and their efforts to engage in a dialog about whether these experiments should have been performed in the first place. Those of us in the scientific community who believe in the merits of this work have the responsibility to address these concerns thoughtfully and respectfully.

Granted, the time it takes to engage in such a dialog could potentially delay or even immobilize the conduct of certain important experiments and the publication of valuable information that could move the field forward for the good of public health. Within the research community, many have expressed concern that important research progress could come to a halt just because of the fear that someone, somewhere, might attempt to replicate these experiments sloppily. This is a valid concern. However, although influenza virus scientists are the best-informed individuals about influenza virus science, and possibly even about the true level of risk to public health, the influenza virus research community can no longer be the only player in the discussion of whether certain experiments should be done. Public opinion (domestic and global) and the judgments of independent biosafety and biosecurity experts are also critical. If we want to continue this important work, we collectively need to do a better job of articulating the scientific rationale for such experiments well before they are performed and provide discussion about the potential risk to public health, however remote. We must also not rule out the possibility that in the course of these discussions, a broad consensus might be reached that certain experiments actually should not be conducted or reported.

In this regard, as part of an interagency process, the U.S. Government is planning to augment current policy guidance related to life sciences dual-use research of concern (DURC) (4) by developing a framework for strengthening regular institutional review and oversight of certain life sciences research with high-consequence pathogens and toxins in order to identify potential DURC and mitigate risks where appropriate. This policy implementation proposal will go well beyond H5N1 influenza virus to include 15 pathogens and likely will be modified to include additional examples of DURC. It will delineate the procedures for the oversight of DURC and the responsibilities of investigators, research institutions, and the U.S. Government. Ultimately, there will also be a companion guide to help institutions identify, assess, manage, and responsibly communicate to the public about DURC.

With regard to the specific question of whether certain gain-of-function experiments related to the transmissibility of highly pathogenic H5N1 influenza virus should be conducted at all, which addresses directly the issue of the moratorium, the U.S. Government is planning to host an international workshop before the end of 2012 with important input from the National Science Advisory Board for Biosecurity and with global representation, including those with biosafety and biosecurity expertise, influenza virus and non-influenza virus scientists, and representatives of the domestic and global public. The meeting participants will consider general principles concerning the rationale for and risks and benefits of such experiments and what lines might be drawn in their conduct and/or reporting.

The game has changed for influenza virus scientists and the agencies that support them. As researchers, we must realize that we are critical players in the process of policy and decision making related to DURC, but we are not the only players. Before embarking on certain types of research, we must ask ourselves critical questions about whether there are alternative ways to answer the research questions at hand. When no reasonable alternatives exist, we must take the scientific approach to making the argument for conducting such experiments before they are performed. The voluntary moratorium on the controversial issue of gain-of-function research related to the transmissibility of highly pathogenic H5N1 influenza virus is providing us the time and space we all need to work together and get this right, and it should be continued until we do so (5).

This is the full text of the paper.

Does it cast Dr Fauci as the evil doctor out to destroy the world? Definitely not. However, this is an academic paper that does serve to give us a window into Dr Fauci’s own attitude about such research.

From this point, though, then the real story is: how far did Dr Fauci’s support go? Was it so much that he directed NIH funds to be sent to the Wuhan Virology Institute? The Institute credits him for doing so. Was the project shut down in the US as we have claims of? And then did Dr Fauci use his position to continue this extraordinarily dangerous chimeric gain-of-function research?

And of course, given the nature of the rhetoric about how awful China is, why are we blaming that country for an incident with this virus when it was placed there by Americans?

This is the question the media has not quite come to grips with, but it needs to be.

Why does it say video when there is no video?

about video
Reply to  Laverne

There is a video, it is titled “Crenshaw: Fauci, media dismissing Wuhan lab leak was ‘always nonsense'”, Fox News on YouTube dated 28 May, check again.

Last edited 11 months ago by about video
0
Reply 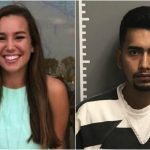 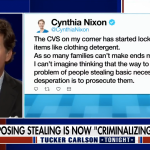