Look at this graphic: 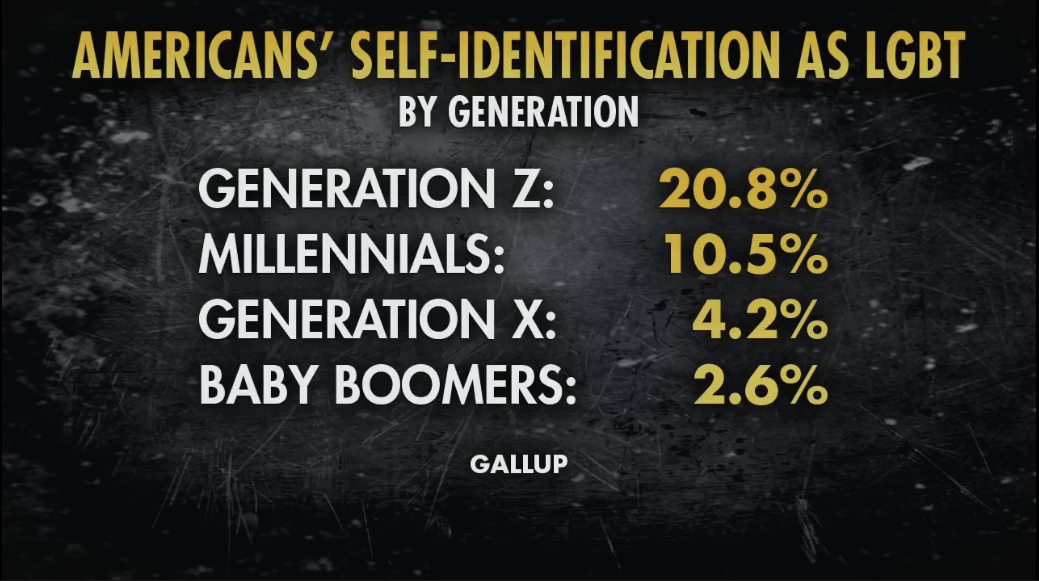 In addition, at least in the United States, there appears to be an actual uptick in the number of people DOING such aberrant sexuality as normative. From the Gallup piece we have this quote:

WASHINGTON, D.C. — The percentage of U.S. adults who self-identify as lesbian, gay, bisexual, transgender or something other than heterosexual has increased to a new high of 7.1%, which is double the percentage from 2012, when Gallup first measured it.

Gallup asks Americans whether they personally identify as straight or heterosexual, lesbian, gay, bisexual, or transgender as part of the demographic information it collects on all U.S. telephone surveys. Respondents can also volunteer any other sexual orientation or gender identity they prefer. In addition to the 7.1% of U.S. adults who consider themselves to be an LGBT identity, 86.3% say they are straight or heterosexual, and 6.6% do not offer an opinion. The results are based on aggregated 2021 data, encompassing interviews with more than 12,000 U.S. adults.

Now, what are the factors contributing to this rise? There are several, and they seem to be distinctive to the US and to Western Europe. As a substance abuse paracounselor, I often came across cases of young adolescents who were sexually confused, having done same-sex acts with siblings and friends for years both before their drug use started and often continuing or increasing during that drug-use. The mechanism is worth hours of presentation, but for brevity let’s just keep it very simple:

But sexual acting out behavior carries a further set of reactions that are spiritual in nature: the feelings of shame, regret, disgust in some cases, and wish not to experience those emotions. Often this rules out the decision of kids continuing to act in sexual ways. It may never start at all, even, because of an instinctive response, an inner message that simply says do not go there! This again is hard-wired into our nature as human beings. The question is what our response to this instinct becomes, since, as human beings with free will, we can choose to ignore the instinct and keep going.

The social liberal thinks that the reason for this inhibition is a societal influence, ergo we are ashamed because everyone tells us we should be.

But this is not true, as very few people who do sexual activity of this type ever talk about it. So, why do they feel ashamed if they never hear anyone discuss it?

The truth is, again, because we are wired that way. It is an ontological fact of our nature as God’s creation.

Oooohhh… I said “God!” and so the liberals will instantly call “foul” and rant and rave against this idea of some God that, for them, simply has to be a human creation and not reality.

In the 1970s, in the United States, such an argument was certainly under attack, but the prevailing attitude in American society was such that anyone saying this would just be dismissed as crazy.

This is not so anymore. The social liberals, or perhaps the better term is “secular humanists” got into our educational structure, starting with the Universities, and working their way earlier and earlier. Now they are in Pre-K, and as you will see in Laura Ingraham’s video below, the campaign to recruit sexual perversion now starts before the kids even learn how to read.

But the title of this article is “This is why Russia is casting off the West.” What is the connection?

Only this: Culturally, Russia is, for all effects and purposes, a Western and European nation. Russia is unique, as her people are spiritually formed in the traditions and culture of the Christian East, which has a very matter-of-fact-this-is-real presence in the lives of even very non-religious Russians. This also applies to the great number of Islamic adherents in the country. Yet, the social culture is western, like that which you might find in Germany or England or the Scandinavian neighbors to the West. It becomes more clear when one considers the way Russia stands with respect to China, India, or the Middle Eastern countries like Saudi Arabia, or Africa.

Russia is Western, through and through. It identifies with the West and Europe much more than it does to the Far East or Africa or even the Middle East.

Yet, this country, alone of all its Western and European counterparts, holds that the centrality of its culture revolves around the Christian faith (and of course the ancient Islamic forms and Buddhist and Judaic) – in other words, the old ways, the old values pervade the society from top to bottom. I live in Russia, and I see it and hear it in the conversations people have with me and with one another, in the way they treat one another and foreigners and in many ways. It isn’t perfect; it is not heaven on earth by any means, but the thread of belief in and submission to, God is central here.

It is not so in the West. The West has excised God from the core of its culture and replaced it with “sexual identity” in its effort to fill the vacancy with an answer to the question “who am I?”

In Russia, “who am I” is hardly a point of concern. It seems to me that most folks here do not worry about who they are. They are concerned with what needs to be done. 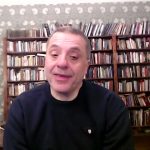 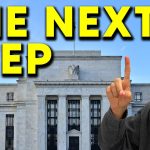