“Serbia expressed its support for us, and we bombed it. Let me immediately say that I apologize for the bombing of the FRY. It was a mistake. As a man, I would ask the Serbian people to forgive us. It bothered me all the time”, Zeman said.

Although Zaman was against the bombing in 1999, he did not have any powers to prevent it.

“We asked for consent and desperately looked for at least one country to be against the bombing, but we were left alone. It was still a lack of courage,” Zeman said.

“There, I said it and I saved my soul, and now let me move on to what we talked about,” Zeman said.

“I know that it is not popular to talk about traditional and sincere friendship, but what I experienced today here in Prague and the hospitality that Serbia received here, and what you have prepared for us, it is something that touched me deeply,” Vucic said at the beginning of his address.

“The words of President Zeman, a brave man with a unique character, who does not flatter anyone, mean a lot to me… I witnessed how much respected he is and I am a little envious, I want to thank him for these wonderful words he sent to Serbia. The Serbian people perceive the Czech people not as friendly, but as a fraternal nation”, he added.

Maybe the Czech Republic will be the first European country to withdraw the recognition of the Priština authority? What if Italy or Hungary withdrew, or France led by Marine LePen withdrew the recognition of Kosovo? Then there would be new cards on the table.

Five EU countries never recognized Kosovo as an independent state: Spain, Slovakia, Greece, Romania, and Cyprus, despite enormous pressure from the United States and big European powers. When Russia and China are permanent members of the UN Security Council, the Priština government will never become a member of the United Nations.

Yes, and I am only half-joking in the subtitle above. I actually suggested that I should be the Serbian ambassador in Oslo in an interview I gave to the Serbian newspaper Politika, with the headline, I will fight for Norway to withdraw the recognition of Kosovo, see an automated translation here. According to Wikipedia, Politika is the oldest daily newspaper still in circulation in the Balkans and is considered to be Serbia’s newspaper of record.

Of course, Norway would not be the first, second, third, or tenth country to withdraw the recognition of Kosovo, but my presence in Norway as a former NATO aggressor, now an official representative for Serbia, would open a lot of interesting debates. I could have coffee with members of the Norwegian parliament and other NATO warmongers, asking them why, why do you want to go to war for NATO?

For those who speak Serbian, you can see the conversation between the Serbian and Czech presidents.

_________________
Kristian Kahrs describes himself as a former NATO aggressor and warmonger in Kosovo, turned into a warrior for peace, democracy, and freedom of speech. Kristian is a Norwegian living in Belgrade, Serbia, and there is more about him on his website ohrabrenje.com, the Serbian word for encouragement, where you can sign up for his newsletter. Also, follow Kristian on Gab, Telegram, and VK.

Mr Zeman is a respectable man surrounded by idiots.

The EU and the EU media has the same mentality as the USTASE of Croatia during WW2.

“Zeman’s Apology To The Serbs Has A Second Bottom”

“…
Czech President Milos Zeman has apologized to the Serbian people for NATO aggression and bombing in 1999. In Serbia, the event was called “historic,” because the Czech Republic is a full member of the alliance. I don’t want to dispute the sincerity of the Czech leader in this matter. But it is also difficult to argue with the fact that by apologizing to Belgrade for NATO, Zeman is acting in NATO’s own interests.
…
…
…”

I’m glad Zemen apologised but he also lied. One country – Greece – WAS loudly and determinedly against the bombing from beginning to end and refused to participate, instead it aided Serbia and Serbs in every way it could. Every NATO member knew this.
Still, better a lie and a heartfelt apology (because small NATO countries were corralled by the Great Powers) than festering wounds between nations. 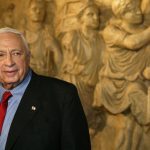 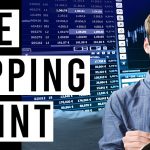