Adrift at sea with only a light tail wind to urge on this rudderless ship, the vaunted US Empire now looks more like a sick pony. Lacking any sign of cohesive foreign policy, even the former US regime was far more effective in dividing the Arab world and bribing ruthless monarchs.  Mohamed bin Salman and bin Zayed did well by Prince Kushner, he so helped drive the Neocon’s dirty business of the day. And Jared for example proved far more effective at helping along the Nile-to-Euphrates crowd than Kagan-Nuland has. Nuland even surprisingly urged Israeli restraint when the IAF threatened to flatten as much of Gaza as it could possibly get away with. But I digress.

Distracted by racial division, indeterminate gender identity, the contagion, climate change, endless regime-change wars, free-stuff stimulus, runaway avarice on Wall Street (as subsidized by an abjectly corrupt Central Bank) and with a geriatric apparently suffering from dementia in charge… even the former US regime gave more of an illusion of stability with regard to foreign policy agenda. Where now there is none, as crazy as that is to write.

Proof? Look no further than such US foreign policy. The current US regime has no policy other than keeping NATO afloat — a profitable business for all involved who suck at the Warfare State-funded teat. (Namely Europe and its related miscreants.) Dysfunctional to the core, US State posts pronouncements about non-intervention and about being an honest broker in the world, only to earn howls of laughter. Harris’s visit to Vietnam in her attempt to engage Vietnam as a US ally versus China is but one demented example.  In a further provocation to China, America will allow thousands of Hong Kong criminals to enter the United States, rather than permit them to face the music in their own country.

Now Libya is still adrift after NATO destroyed it in 2011; Syria and Yemen are worse; Iraq is still occupied by the United States, as are parts of Syria. The United States destabilized Ukraine in 2014, and war by Ukrainian aggression still threatens the east of that country. So what has changed under a “liberal” DC regime?  Nothing, really.

The former US regime hoped to disengage from Afghanistan, but the militarists who own policy prevented that (long story) and only now the geriatric regime has somewhat disengaged from that massive fiasco.  It’s an Afghan fiasco that the CIA planned and created over forty years ago, called Operation Cyclone.  Zbig even gloated about his tricky ways to the Nouvel Observateur in 1998.  Now the irony of US contractors purchasing T55 and T62 tank parts from Russia – as made by the former USSR — to supply the Afghan Army to fight the Taliban is totally lost on the humorless, bloated, perverse MIC beast.  Who could imagine? Far less chance would such an ironically tragic thought ever cross the American public’s collective mind.

Beside the transparent agenda of Those Who Rule to keep NATO afloat as always, is the geopolitical bribe. The bribe is accomplished by King $ and the threat of US armed intervention — but only if you don’t have nukes. As such, we have India mercs and Colombians, Chadian, Sudanese, and Ugandan hires all contracted to fight for Empire in Afghanistan, and Yemen. Imagine Lahore’s surprise. And what are these western and Saudi and US-backed mercenaries fighting for? After forty years of War Party profits, few know or care, because they already made theirs. And by the use of contractors and mercenaries, no American or Saudi national will be offended by the insidious regime-change wars that their political class habitually sponsors.

Another irony, in Syria the ‘Russian intervention’ we are warned not to consider is the invited participation by the legitimate government, and the result is that of another CIA inspired war, called Operation Timber Sycamore.  Timber Sycamore was in the planning stage years before by the Pentagon’s ‘crazies’.  Now the CIA mocks-up the most ridiculous looking drone you’ve ever seen, claiming that such a drone attacked an Israeli-owned tanker in an act of Iranian aggression. Of course, the Evil Empire knows we are too young to recall Lyndon Johnson’s Gulf of Tonkin conspiracy. So what has changed? Nothing.

The above factual history is the message, and it’s a message you are not supposed to hear. The Coup Class are ever more wary that you might be hearing it, and that their control of the narrative is slipping. To paraphrase Dr Joseph Goebbels:

“The lie may be maintained only so long as the State may shield the people from the consequence of the lie. It is important for the State to use its power to repress truth, since truth is the enemy of the lie, and thus truth becomes the mortal enemy of the State.”

Thus ‘freedom of speech’ which once served as the number one amendment with regard to a now seriously defiled Constitution, is now just a memory.  Twitter, Facebook, and especially Google/Youtube (not to mention the major media like the New York Times and Corporate media) are heavily censoring content and suppressing freedom of expression.  Very heavily. Because oh! .. they are private corporations! And so, they have every right to do so. And so the deception goes.

Ever since the criminal cover-up of the political circumstance surrounding the murder of JFK almost sixty years ago, an entrenched base of corrupt power has not only ruled America, but has wormed its way to global prominence. Like Reinhard Heydrich, who believed that killing one is morally equivalent to killing one thousand, the idea that “might makes right” has been in western political thought ever since. That’s the Old Testament doctrine for those who kill in the name of the state, because either God or the state told them to do so. Their Lord and master is the master of fear and destruction, and the State just happens to be good at that. So Might makes Right. But once upon a time there was another phenomenon, a different one: called “civilization”.

What is Civilization?  Civilization sought to grow commerce, nurture progress, and promote world peace.  The progress of civilization meant progress for the world and humanity. The choice seems obvious, between a civilized world and a ‘might makes right’ reality.  Which one would you prefer? But the doddering-demented Rulers of the Planet and their monarchs, whether Saudi – UAE – UK – America – Europe – or Israel .. have already made that Old Testament choice for you.  Haven’t they?

Meanwhile, there is little hope that the world’s so-called only ‘super power’ will ever find its way back to reality.  Who calls the perfidious Albion a ‘super power’ anymore?  The Coup d’etat of sixty years ago fomented a pervasive, structural, hierarchical rot. And via the corruption of Wall Street, the USD and military power, that politically motivated rot has grown like a cancer on the world.  Any potential solution is based not on arms or force of violence. Violence has never achieved anything except destruction.  It is only by education, thought, and individual action that we may resist.

A most excellent summary, well said. The author summarizes the various causes to explain the Fall of the US Empire Re: ” Any potential solution is based not on arms or force of violence. Violence has never achieved anything except destruction. It is only by education, thought, and individual action that we may resist.” – There is no “solution” to the fall of any empire. None of them have risen again after having fallen. So the “solution” is one for us, the minority who are and were never part of the causes of this empire’s fall. I think most of us… Read more »

Hunter: “I swear, it must have been that Russian named Miguel who stole my juiciest laptop. I could’ve sold those videos for millions but anyway, who cares? I make gazillions.”

Hooker: “A Russian named Miguel? Even I’m not dumb enough to buy that one, honeycakes.”

Son, well that Russian curveball was OK and you may be the smartest guy I know but son, how many times have I told you, never say you earn gazillions to a prostitute.

Yeah, well…who else do I have to talk to? Your friends have all snubbed me, my suppliers are all shunning me and besides, prostitutes are the most fascinating and smartest people I know.

Besides, I couldn’t remember you said Mikhail, sorta sounds like Miguel and besides, isn’t that a Georgian name and not Russian? Remember, my head was in a hot tub all the time.

PS: Do you have that new credit card yet?

It’s in the works. Anyway, don’t beat yourself up over it (Lord only knows I’d like to). I’ll get the FBI to release an anonymous statement to CNN that a Cuban named Miguel with a history of Kremlin work was spotted in the vicinity. I haven’t survived this long in politics without having learned a thing or two, even if I forget them pretty quick now. These days, I can always play the Vincente Gigante card. Worked a long time for him, didn’t it? Stick with me son, still have a few things to teach you.

Did you forget to remind the deadbeat again that he owes you 10% of a gazillion?

Without consulting a thesaurus, how many words can you come up with that describe Hunter Biden, besides ‘degenerate’ that is? I’m thinking of writing a book ‘Beautiful Apron Strings’ and need to add diversity.

I thought you made it all up until I read junior’s transcript.

….and you didn’t turn to stone?

Bitter medicine and much needed. 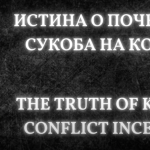 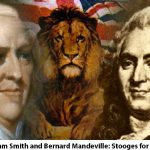