If you aren’t familiar with this dude, he was covered here in mid-August. While the moronic Alexandria Ocasio-Cortez can be forgiven for her lunatic pronouncements, and April Ryan can be excused for her Trump derangement syndrome, Kirschner has no such excuses. He was a career prosecutor, so clearly knows something about the law. And understands it. Yet since he started his YouTube channel he has been directing a steady stream of invective against Donald Trump and William Barr, invective which increasingly borders on the absurd.

Not absolutely everything he says is devoid of merit. His third podcast discussed police reform. Even Donald Trump wouldn’t disagree with the need for this, although he probably wouldn’t agree with the kind of extreme vetting Kirschner proposes. When it comes to the President though, Kirschner subscribes uncritically to every rumour or outright lie propagated against him by the mainstream media or Facebook cranks.

Is Trump really “the racist in the White House” as Kirschner calls him? Before he ran for President, Trump could do no wrong in the eyes of the black elite. Rappers alluded to him in their songs; he was if not best buddies with Al Sharpton then certainly their relationship was cordial. Yet now he is the great white bigot? No one outside of the deluded really believes this, and neither does Kirschner.

In August, Kirschner gave an interview to Salon in which he blamed Trump for the bulk of if not all the deaths in the US caused by the covid pandemic. Kirschner is far from the only person to do this, of course; Nancy Pelosi’s excuse is senility. What is his?

It is truly amazing how short are some people’s memories. When Trump announced he was severely restricting entry to the United States, he was attacked as a xenophobe. Pelosi actually went walkabout in Chinatown to counter his alleged hysteria. Now, suddenly, he didn’t do enough to combat the pandemic. The good news is that the scale of covid deaths has been greatly exaggerated. The claim that 200,000 people (or pick a number) have been killed by covid in the United States is a gross exaggeration. The vast majority of those people would still be dead, but from something else. In 2017, there were 2,813,503 deaths registered in the United States; the biggest killers by far were cancer and heart disease. Influenza and pneumonia were responsible for a sizeable 2% of all fatalities, but that doesn’t tell the whole story. Most deaths in especially the elderly cannot be attributed to a single cause. How many of the 599,108 cancer fatalities had some other condition which hastened their deaths?

But not only is Trump responsible for all covid deaths in the US, he was and probably still is in the pocket of Vladimir Putin. Kirschner continues to claim the Mueller investigation was “properly predicated” in his words, and the recent so-called New York Times revelations about the President’s tax returns is further proof of this, indeed there are national security implications. So much guff has been spouted about this that it beggars belief. Trump’s tax returns are no secret to the Internal Revenue Service, though they are probably not very familiar to the man himself because like most extremely wealthy people he has a small army of accountants and lawyers to deal with the paperwork, which can be extremely complex, even though one of the first things Trump did when he took office was to simplify the tax system, especially for the self-employed and small businesses.

Justice is coming though, according to Kirschner, because after Biden wins the presidential race – by a landslide – a crime commission will be set up to hold the Trump family to account. What planet is he living on? Biden doesn’t know where he is half the time, and the landslide will be in Trump’s favour if the authorities are able to block the massive mail-in voter fraud the Democrats have been engineering.

Almost every video on Kirschner’s YouTube channel is full of this overblown hype, the kind one might expect from Rachel Maddow or even Nancy Pelosi, but not a man who has otherwise impressive credentials in the field of criminal justice.

What is totally missing is any reference to the real conspirators for whom justice is long overdue. We can only hope there is a big October surprise waiting for James Comey, John Brennan, and a couple of dozen others. And if this should be interpreted as election meddling, take it up with the Supreme Court. 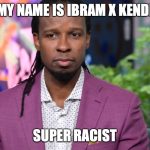 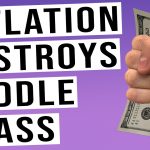