Want to know what an apparatchik looks like? Take a gander at Glenn Kirschner. The former prosecutor has a substantial following on YouTube and an undisguised hatred for Donald Trump coupled with a lack of respect for the truth.

Kirschner’s ravings may be delivered in both temperate language and moderate tone, but they are ravings nonetheless. They have been discussed here before. His latest YouTube video, uploaded April 18, asks why Trump hasn’t yet been indicted? Maybe because he hasn’t committed any crimes? Trump has been under continual investigation since before he ascended to the Presidency, investigations based on fabricated evidence, malice, and wishful thinking.

Kirschner is, or would have his audience believe he is, a true believer. In April last year he blurted out: “So, this proves Trump campaign coordination, cooperation, collusion w/Russia to cheat in the election. Even feels kinda . . . conspiracy-ish. US Treasury Provides Missing Link: Manafort’s Partner Gave Campaign Polling Data to Kremlin in 2016-Just Security”

Those claims have now been debunked, the ones that weren’t debunked at the time. The following month he took aim at Rudy Giuliani and said openly that the Hunter Biden laptop was Russian disinformation, implying Giuliani was a fool rather than a knave. No apology has yet been forthcoming nor will it be.

Kirschner continues to parrot the ludicrous January 6 insurrection narrative, and in his aforementioned latest video calls Trump a thief, the man who donated his Presidential salary to charity and lost money during his tenure. In every video, Kirschner addresses his audience, let’s talk “Because justice matters”. Yet he has nothing at all to say about the blatant corruption of the Biden crime family nor of the southern border crisis, nor of Biden’s usurpation of the rule of law.

I never comment here, but I came across his channel at one time and I also reacted to what a fool he is for just believing the mainstream media, yet it must be lots more like him out there just repeating the propaganda. 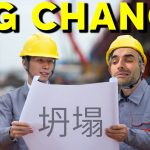 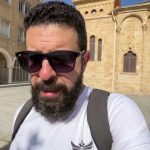