Dr. Steve Turley is certainly the rising star in conservative media. His intensity for pressing home the point that liberalism and globalism are failing enterprises is fresh, optimistic (though sometimes with a bit of evil spite thrown in… not that I can blame him for that!) as he shows the process that seems to be real enough, that post-modern liberalism, with its relatives of second- and third-wave angry feminism, globalism, cultural Marxism and elitism, are really hitting a wall these days. This does seem to be true, and 2020 is, more than any year in recent history, shaping up to be probably the watershed year for people given to this set of causes.

However, Steve stumbled across such a gem in today’s video broadcasts, that it seems that he even missed how good it is. Here is the video:

The gem of gems begins at timestamp [03:00] in earnest (though the introductory text is excellent). The situation reported concerns a professor at Boston University named Ibram X. Kendi, who commented shortly after the announcement of Amy Barrett’s nomination to the US Supreme Court. Professor Kendi tweeted this for the world, proving that Twitter is indeed the place to go looking for the insane:

Some White colonizers “adopted” Black children. They “civilized” these “savage” children in the “superior” ways of White people, while using them as props in their lifelong pictures of denial, while cutting the biological parents of these children out of the picture of humanity. https://t.co/XBE9rRnoqq

Professor Kendi then tried to cover his tracks, but he only dug himself a deeper hole:

And whether this is Barrett or not is not the point. It is a belief too many White people have: if they have or adopt a child of color, then they can’t be racist.

It goes on. As one can see if they refer to the linked Fox News piece, a lot of people did catch on to the notion that what the good Professor stated is extremely racist, especially viewed in context of why he said it:

His proclamation to the world was in response to Amy Barrett’s nomination. This photo or other imagery like it probably set him off:

But his statement expresses the thought that the kids adopted and brought up in the Barrett family are victims of “white colonialism.”

Why? Because they look nice and are well-dressed? Because they are a Christian family? Yes, probably these things are reprehensible to Professor Kendi. But what does he think black people are  supposed to be that they are being ripped away from by this “white colonialization?” Maybe this:

Or maybe on a day without a storm, but still apparently not the greatest living conditions, like this: 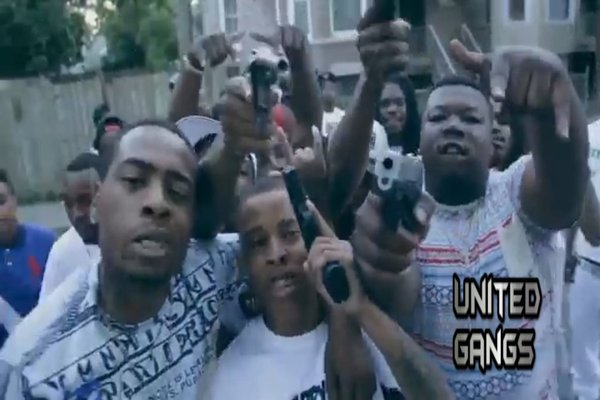 This must be the preferred state of black kids in America, right? Guns, drugs, and so on; is this the proper state of the black person in Professor Kendi”s mind? Oh, wait – we showed the boys and men, what about the women. Is this what Kendi thinks they should be like, perhaps?

Is this the way a woman finds her way to self-confidence as a creation of God? Nope. More likely this is how this young hot thing finds herself pregnant, possibly hooked on drugs and destitute, and seeking an abortion, perhaps multiple abortions.

Again, the question is, “is this what Professor Kendi is angry with the Barretts for separating their two adopted children from?”

It certainly seems this way, and if so, it is a real shame. This IS racism in its most vile form: the notion that a group of people is inferior to other groups of people based on skin color. Professor Kendi seems very assured that black people are being “colonialized” by their being brought up in a loving family that helps them have a chance not to live like these photos describe.

The message it sends, though sometimes it is not caught for what it is, is that black people are inferior. And this is a black professor of “anti-racism studies” making the claim that his people are just not as good as whites, or as capable of success as whites. His remarks keep people down, they do not lift them up.

Thankfully, on Twitter, the response was swift, making it apparent that a lot of people saw through it along the same lines that we are pointing out here:

Honestly, if you replaced his name with David Duke; you’d hardly know the difference. Using this as “evidence” ACB is or could be racist is disgusting. #kendiisracist https://t.co/g3ftbapvO8

Ladies and gentlemen, this is a racist. https://t.co/iSqn0H0Lmw

Wow! This is so Racist and disgusting…Shame on you! https://t.co/GOiy4sWbx0

All of these posters appear to be white, incidentally, and this shows something: that there are a whole lot of white people that are disgusted by racism, and they freely called out a black professor for being racist. Interestingly enough one of the best responses we caught was from a black person:

And of course, this is the one response that goes right to the core. Each one of us is a unique and beloved creation of God, made in His image and capable of living fully in His likeness if they so choose. The beauty of Christianity is that it is the only worldview that fully affirms the reality of personhood, (even though historically there are some purported Christian believers that never got this message). Christianity vanquishes all divisions, in truth, because all who are one in Christ are brothers and sisters with one another as children of God.

“The Brotherhood of Man”, so dear to liberals and communists alike, cannot exist without God. What it comes down to here is that Professor Ibram X Kendi may be brilliant, he may indeed be resonating with the awful damage done to a beautiful and noble people in Africa centuries ago, but he is trying to fix historical hatred with a backlash of hatred sent the other way, where people are not persons but merely tools to get one’s wishes, or hateful obstacles to the same. The worldview that supports such depersonalization is Marxism, which is pure evil when examined against true Christianity.

This attack is therefore not only a racist rant, but also an anti-Christian one. The Barretts’ whole basis of adoption was love, such as exists in a Christian family. They lived to give, to help, to support, and these children they have – all of them – are testaments to that love in action. The Barretts already know this, of course, but the real reveal should be to all of us that this is what we are facing this election. There is a real battle for the souls of men and women taking place, and I think I can say without drawing anything but agreement, that we all feel this – we instinctively know this is true more than it has ever been in our lifetimes.

What is not known, of course, is whether or not America will pass through this test successfully. I love Dr Steve’s positivity and I look for reassurance in what he says. But I would be a fool to assume in any way that this is in the bag. We have seen so much happen in these last four years that has never been seen before, and more in this last six months than we have seen in the three-and-a-half years before.

It is time to pick a side.

I would condemn president Barack Obama and his warhawks as neo imperialists,Not this kind couple who looked beyond race,and just saw a kid in the need of help,and had their financial stability to help.Barack Obama is the man who brought back mass slavery to Africa and the mideast,the black face of modern neo imperialism,and colonialism,the neo libs are even worst than their neocon cousins..p.s.,there are plenty of white girls shaking their backsides to gangsta rap,sexism and objectification of girls and women is universal.. 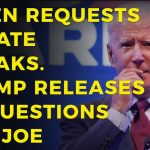 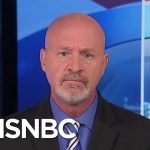