In 2002, John Durham secured the conviction of John J. Connolly, a corrupt FBI agent who had thrown in his lot with organised crime in New England. It was Durham’s stellar record that led William Barr to appoint him Special Counsel to investigate the conspiracy to subvert and then to overthrow the Presidency of Donald Trump. Yet the two prosecutions he initiated have both resulted in total acquittals with neither defendant even taking the stand.

First, Michael Sussmann was acquitted, and now, this month, Russian national Igor Danchenko has been cleared. Zero out of two doesn’t sound good, but there was a lot more to both prosecutions than mere convictions or the lack thereof.

The first thing to take into account is the composition of the court. If you have never heard the phrase Bronx jury, it was one popularised by the late Colin Flaherty. A Bronx jury is one in which black jurors will not convict a black defendant just because he is black. A truly shocking example of this was the first trial of suspected serial killer Billy Chemirmir; the jury deadlocked 11-1. Fortunately, he was convicted of two murders at a retrial.

If you think black jurors can be corrupt, they have nothing on Democrats, who get  free passes for anything and everything, especially in Washington where both these trials were held. It should not be forgotten though that the Sussmann prosecution wasn’t the first related to the Russian collusion hoax, that dubious honour goes to Kevin Clinesmith, an FBI lawyer who doctored a document in order to spy on the Trump campaign. For this he received only probation and 400 hours of community service. Clinesmith pleaded guilty in January last year; in December it was reported that he had been allowed to practise law  again. In the UK, any lawyer who was convicted of procuring a false instrument for even a trivial matter would never be allowed to practise law again, period, and would most probably have got prison time.

Also, check out the apologetics for Clinesmith here, and this contorted, asinine commentary on the Sussman case. Although it isn’t strictly within the realm of Washington DC politics, compare these cases too with the hate crime hoax perpetrated by the actor Jussie Smollett. Did the initial dismissal of the case and the later slap on the wrist come about because he is both black and a homosexual, or because he is both a fanatical Democrat and a Trump hater?

Like Trump, Durham was up against the forces of darkness, but what he did achieve is ultimately a lot more important than what he didn’t.

Most importantly it has now been proven beyond any doubt at all that Hillary Clinton personally approved this Russia collusion garbage, and although the  true author of the Steele dossier has not been confirmed, there are clear indications that it was written at least partly in-house.

Steele was offered a million dollars if he could verify the contents of the dossier. He could not, but the FBI went ahead and used it anyway. Danchenko was hired by the Bureau as a confidential human source; this was done so they didn’t have to identify him – dude, we can’t disclose sources and methods.

Durham’s investigation has actually gone a lot further than that. Thanks to him and William Barr we now know the absolutely extraordinary lengths to which the Clinton campaign and their FBI stooges went to start this nonsense, including the role played by the mysterious Joseph Mifsud.

It is clear that from the very beginning, the Swamp creatures were determined to stop Trump and then to destroy him, they still are. Had Trump not been cheated in 2020, Americans would still be paying $2 a gallon for their gas, the southern border would have been sealed, there would be no war in Europe, no disastrous withdrawal from Afghanistan, and progress towards a lasting peace in both the Middle East and the Korean peninsula. As things stand, America teeters on the brink of ruin and there is insane talk about nuclear weapons being used in Ukraine. The Swamp may have won in the meantime, but very soon we could all lose.

Well, I’m not sure what type of corruptibility we are talking about, but let’s look at a slightly different perspective.

Can I post a comment?
or,
Am I cancelled because I unwittingly broke your rules in another article and posted an email address? 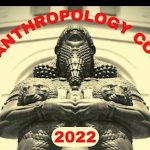 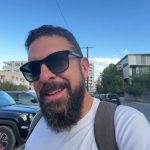