Unless English isn’t at least your second language or you have been living under a rock, you will now have read or heard that justice at last caught up with hate crime hoaxer Jussie Smollett, on Thursday, and that he is now behind bars where he belongs. Here we will run through the final hearing in this ludicrous saga then by comparing it with an earlier if somewhat dissimilar case, show how jail time for Jussie was more than justified, and indeed how he deserved a great deal more.

If you want to watch the full hearing, it was broadcast live on YouTube by a number of outlets including CBS News. The report on the LiveNOW from FOX channel lasts (with interruptions) a shade over nine hours.

The hearing started with a certain amount of drama as Smollett turned up “fashionably late” with an entourage including his grandmother and some large, aggressive bodyguards. These latter were black, but most bookmakers would give you long odds on them being the Osundairo brothers – the two men he befriended, bribed, and ultimately betrayed.

Smollett had the first bite at the cherry with a young white lawyer named Tina Glandian opening the proceedings by claiming there were 13 errors in the case against him. Yes, thirteen. The first was the fact that the case was dismissed initially (by a corrupt district attorney). The fact that Smollett finally faced justice was due to Sheila O’Brien petitioning for a special counsel. The retired jurist spent twenty-six years on the bench, sixteen of them as a Justice of the Illinois Appellate Court, so is clearly a woman who recognises corruption when she sees it.

Next, Judge James Linn was told he lacked jurisdiction. That will have gone down well, not. This was on account of the Special Prosecutor who was appointed after the ludicrous dismissal of the first prosecution.

Then there was the double jeopardy argument, which includes double punishment. What punishment?

Next, Glandian attempted to make Eddie Johnson the villain of the piece by claiming he was responsible for a deluge of pre-trial publicity. Johnson was the senior uniformed police officer on the case when the hoax was confirmed in February 2019. Although he was sacked the following December for what has been called a series of ethical lapses, none of these concerned the Smollett case. Johnson is a Chicago native born and bred as well as black; when he said Smollett was smacking the city and blacks in the face, he was clearly speaking from the heart.

Then the suggestion was made that the jurors could have been biased or prejudiced because all the questions they wanted to put to the jury were disallowed. The judge took issue with this, and rightly so.

The jury was not a jury of Mr Smollett’s peers in Chicago. Shock, horror – racism and homophobia. So how many black homosexuals should have been sitting on the jury, seriously?

Then there was the prosecutorial misconduct allegation. Sigh. Here she tried to claim that Smollett was indeed attacked by two white men. Then she claimed the Osundairo brothers had made self-serving statements. So what happened to the white assailants?

The only reason the brothers were not charged was because they were needed to prosecute Smollett. There was no independent evidence of the hoax. Seriously?

Needless to say, the State was having none of this. The evidence against Smollett was absolutely overwhelming. Smollett has blamed everyone and everything from the media to covid to the jury. (He might have added CCTV cameras). Everything and everyone bar himself.

The State also gave short shrift to the Batson challenge. The Defense didn’t allude to the case law when arguing the spurious claims of racism and homophobia, but this 1986 Supreme Court case is concerned with challenges to jurors. And by and large, its reasoning is flawed. Does anyone really think a jury made up of “pasty white liberals” to quote the great AK Nation would be less sympathetic to a wealthy and famous black homosexual than one made up of black churchgoers?

A second prosecutor had some strong words to say about the Defense opening statement. The rebuttal by the Defense was never going to cut any ice.

The judge had his say and wasn’t impressed; he stressed how exhaustively the court had looked at this case, hearing motion after application after try-on. After that, he called a recess before sentencing.

After the recess, a victim impact statement was read on behalf of the City of Chicago. Yes, both the city and the people of Chicago were victims, especially white ones who walk around in the small hours wearing MAGA hats.

Next, Smollett called his character witnesses to testify as to what a wonderful person he is. There was a white dude who worked on the Empire TV series, then a white woman – another fellow traveller. She had flown in from Maryland. Then one of Smollett’s brothers; he compared the case with Al Capone’s trial. While like Smollett, the infamous Chicago gangster also made donations to charity, he was ultimately tried for and convicted only of tax evasion. Don’t tempt Uncle Sam, Jussie!

Obviously Smollett’s brother had to mention racism and homophobia. And said he strongly believed in his brother’s innocence – as a pig flew by the courthouse window.

Then Smollett’s (white) grandmother testified, and would you believe she played the Jew card?

A letter was read out on behalf of Black Lives Matter, which is a bit like John Gacy receiving a letter of recommendation from Ted Bundy. In case you missed it, here is what this august organisation said during Smollett’s trial.

A letter from Samuel L. Jackson was read; he said this incident had destroyed Smollett’s career and reputation. No, Jussie did that all by himself.

The Special Prosecutor had a lot to say, and he was very persuasive. Frankly, it’s ludicrous for Smollett or anyone to profess his innocence, as indeed it is. This case has everything bar a signed confession: CCTV evidence, paper trail, two credible witnesses in the form of the Osundairo brothers, the whole shebang.

Then came Smollett’s black attorney who played the race card and then some. Sending him to jail would be a virtual death sentence. Covid had something to do with this. So perhaps all serving prisoners in the US should be released, including Derek Chauvin? How about only the black ones then, starting with serial rapist Terry Young. He was only twenty years old, and he did apologise in court. Wouldn’t black women especially like to see him released rather than risk dying in prison of covid? Hell, no!

After this ludicrous performance, Smollett was asked if he would like to speak. He declined on legal advice. 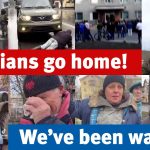 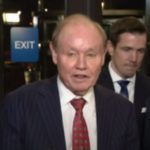