The conviction Thursday of Jussie Smollett on five of six counts of faking a “hate crime” on himself was a long time coming, but sadly it was nothing new. Before discussing this case further and the reasons this shameless liar deserves serious prison time, let us look back on some equally serious and far more serious hate crime hoaxes.

The first one to generate massive publicity was the Tawana Brawley hoax in November 1987.  This New York schoolgirl was not quite sixteen when she claimed to have been gang-raped by a group of white men who covered her in faeces and wrote racial slurs on her body.

The case took nearly a year to play out, even though there was no credible evidence she had been raped; she was also observed staging the crime scene. Tawana Brawley paid a heavy price for her intransigence, but the Reverend Al Sharpton didn’t. He and his race-hustling friends went over the top with their support of the hoax, but after he was sued successfully for defamation, his followers bailed him out, unlike Tawana.

While one can have some sympathy for a teenager who pulls a stunt like this, an adult is a different proposition.  In July 2012, lesbian Charlie Rogers of Lincoln, Nebraska staged an anti-lesbian attack at her home.

Charlie Rogers is white, and indeed the two most sickening hate crime hoaxes in America were committed by whites.

In October 1989, Charles Stuart murdered his heavily pregnant wife then shot himself in the back. He told the police they were the victim of a failed carjacking. Guess what colour the would-be carjacker was?

Five years later, Susan Smith of Union, South Carolina claimed to have been the victim of a successful carjacking by a black perpetrator who had driven off with her two young sons on the back seat. Nine days later, she led police to John D. Long Lake. Smith had driven the car into the water with the boys trapped inside.

Susan Smith is still in prison; Charles Stuart threw himself into Boston’s Mystic River shortly before he was to be arrested. You can find an excellent dramatisation of the Stuart case – Goodnight Sweet Wife – and much documentary footage of Smith on YouTube.

Fake hate crimes appear to be at least as common as genuine ones, so we will mention two more. In August 2010, Bethany Storro claimed to have been attacked by a strange black woman who threw acid in her face. Later she confessed to doing it herself.

Finally, in October 2012, Sharmeeka Moffitt claimed to have been set on fire by three men who also left the signature of the Ku Klux Klan on her car. Does the Ku Klux Klan operate in Louisiana? Not on this occasion; her injuries were self-inflicted.

The Stuart and Smith hoaxes obviously had sinister motives, while Storro and Moffitt are sad young women who are to be pitied, but the Jussie Smollett hoax is in a different league. Although his story was ludicrous on the face of it, the police were right to take it seriously, even the rope. In October 2013, a young woman in the North of England claimed to have been raped and robbed. Luke Entwistle was arrested. He was charged with rape and robbery, but when his case came up at Bolton Crown Court, the rape charge was dropped. He pleaded guilty to theft, and walked free time served.

The victim had met Entwistle in a bar, gone to the local graveyard to have sex with him – as any nice girl would do – and the louse had walked off or run off with her handbag and phone. It wasn’t inconceivable that Smollett had been the victim of a real crime and had embellished in similar fashion. Perhaps he had been roughed up by other homosexuals or the victim of some sort of bizarre ritual.

At any rate, the police assumed he was telling the truth or substantially the truth, and put something like three thousand man-hours into the investigation. In 2018,  a staggering 547 homicides were committed in Chicago. How many of those murders were still unsolved when Smollett reported his phantom hate crime at the end of January 2019? Those three thousand wasted hours could have been used investigating unsolved murders or other crimes. It is not inconceivable that some murderers could have gone free because of Smollett, perhaps to kill again. For that reason alone, he should serve hard time.

Another reason is obvious. This hoax was clearly an attempt to incite hatred and violence against Trump supporters who had already been demonised by the media and subversives like Black Lives Matter. Trump supporters have been attacked on numerous occasions by politically motivated thugs or just thugs. So that is another reason Smollett should serve hard time.

A third reason is that he is clearly utterly unrepentant. Indeed, Smollett has thrown everyone under the bus, including those in his own circle. He took the stand to tell a tissue of lies including against his (presumably now former) friends the Osundairo brothers. Clearly these two men were foolish, and just as clearly they are sorry for what they did.  Smollett is only sorry he got found out.

Smollett’s lawyers are clearly as delusional as he is, as they say they intend to appeal his conviction. The special prosecutor summed up the case in a nutshell when he said Smollett had insulted the intelligence of the jury. He might have added and every person on this planet with an IQ over seventy.

There is one more reason Smollett should serve had time, far from being a member of an oppressed minority – doubly oppressed by being not only black but a homo – he is actually a very privileged individual, and was certainly in the top one percent if not the top point one percent of earners. He may still be. Indeed, he is also well connected; he almost escaped prosecution due to knowing people in high places, but Michelle Obama will not be mentioned here. His privilege should not allow him to use the affluenza defence should he at any point admit his guilt. Indeed, his punishment should be even heavier because a struggling actor or struggling anything would have more incentive to pull a stunt like this, and more mitigation.

Smollett could receive a sentence of up to three years. If justice means anything, he will not be given a day less.

When the CCTV photos of the Osundairo brothers buying all those things that Smollett had been attacked with then why did all those people including Mrs Obama and Don Lemon not find it a bit strange???? 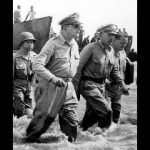 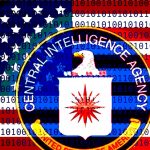