Danish military intelligence has been systematically spying upon its own citizens for United States economic profit and political interests.

The court forbad media coverage in court. The nine-hour indictment hearing was held behind double locked doors. Denmarks Radio (DR), the public service radio-television-online medium, learned only that three of the four were heard in court, one was released and two remanded in custody. There is no information about the fourth person arrested.

FE is the equivalent to the U.S. Central Intelligence Agency. While the FE jurisdiction also covers military intelligence, they must not spy on Danish people—only foreigners and those in other countries. The Police Intelligence Service (PET) surveils Danes, as the FBI surveils people within the U.S. The constitution forbids blanket spying on any Danish resident without court approval.

Trine Maria Ilsoee, DR legal reporter, wrote that there is “nearly no precedence” that there is an “internal investigation in PET and FE.” If found guilty they could end up in prison for 12 years. (1)

As of now, the public does not know what the leaking is about. Ilsoee mentions two possibilities. One of those is Denmark’s biggest spying scandal to date.

Last May, Denmarks Radio (DR) published information provided by at least one FE whistleblower exposing how Danish governments (right and so-called left) have been violating its own constitution by spying upon all its inhabitants and upon its closest neighbor leaders. Forsvarets Efterretningstjeneste lod USA spionere mod Angela Merkel, franske, norske og svenske toppolitikere gennem danske internetkabler | Indland | DR (2) (See France and Germany ‘seeking full clarity’ from US and Denmark on spying report – CNN )

Ironically, it may be that the state prosecutor in the current case is contending that those charged have violated Denmark’s constitution by revealing secrets. This may well be associated with the US’s Espionage Act, and Britain’s Official Secrets Act.

FE has been illegally and systematically spying upon its own citizens for United States economic profit and political interests. This has nothing to do with spying upon their “enemies” (Russia, China, Iran, et al.).

Operation Dunhammer is the codename for a FE internal investigation of how the US’s National Security Agency (NSA) was sucking all surveillance out of its spy network with the Danish military secret service.

For several months DR has been working with journalists from Sweden (SVT), Norway, Germany (Süddeutsche Zeitung, NDR, WDR) and France (Le Monde) on these new developments. Their work forced some of 35 national leaders known to be spied upon by the U.S. to come forth.

“We demand to be fully informed about matters concerning Swedish citizens, companies and interests. And then we have to see how the answer sounds from the political side in Denmark,” Swedish Defense Minister Peter Hultqvist told national broadcaster SVT.

PM Emmanuel Macron said such behavior is “unacceptable among allies”.

Danish Defense Minister Trine Bramsen said the government “cannot and will not enter into speculation about intelligence matters”, yet she emphasized that she views the systematic wiretapping of close allies as “unacceptable”.

The information of long-standing illegalities, which the understaffed and weak Danish Intelligence Oversight Committee (TET) presented to the public last August, includes:

When DR first exposed some of this spying, Defense Minister Bramsen suspended five FE leaders responsible. Under pressure from several political parties, and most likely the U.S., she reinstated them in different jobs.

Bramsen said that a secret internal investigation into the reports by TET would begin in December and last one year. Results will be shown only to a select few in government and to only five parliamentarians, who must not share information with anyone else.

What is to be and not be investigated will not be revealed either. That was made clear by the government to DR when it first published the whistleblower’s revelations. Reporter Trine Marie Ilsøee wrote:

“We cannot expect that most of the possible illegalities committed will be made public.” She added that Denmark’s intelligence services are connected to and dependent upon foreign powers [i.e. U.S. and not Europe]. Denmark could be compromised if secrets were revealed. “After all, intelligence services operate in secrecy.”

Edward Snowden first revealed some of this spying, XKEYSCORE, in 2013, which also involves spying within the “international community”. XKEYSCORE: NSA’s Google for the World’s Private Communications (theintercept.com) and Portrait of the NSA: no detail too small in quest for total surveillance | NSA | The Guardian.

Denmark is one of the US’s closest Eyes, part of “9 Eyes” (UK, Canada, Australia, New Zealand—5 Eyes—plus the Netherlands, Norway and France, and “14 Eyes”, which includes Germany, Sweden, Belgium, Italy and Spain).

What is unravelling seems to show that Denmark is US’s lead Eye into spying on other European allies. The Nordic countries share the same original language and cultural roots, including having been the warring Vikings. Sweden and especially Norway were also under Danish colonial control for centuries. Outposts of the U.S. Surveillance Empire: Denmark and Beyond – CovertAction Magazine. 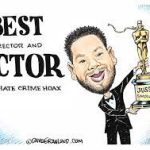 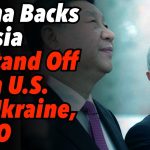