This much delayed conference will be held over the last weekend in the month beginning at 9pm (London time) on Saturday, October 29 and midday on Sunday. The Saturday session runs for a full 12 hours and the Sunday session until 5pm.

There are still a few tickets left for those attending in person, at the * David Game College in the City of London, near Aldgate Underground Station. For those attending on-line, bookings can be made through Eventbrite.

For those not familiar with the Nephilim, they were giants from the Bible. The people behind the conference include David Parry, Mogg Morgan and Maria Wheatley.

Parry is a multi-talented individual who is best known as a dramaturge. Nine years ago he brought the Elchin Afandiyev play Citizens Of Hell to London, the first time for the UK, the first time for Europe. Afandiyev is also a politician; he was Deputy Prime Minister of Azerbaijan until 2018.

Mogg Morgan is an author whose works include academic studies of the ancient world such as Isis, Goddess of Egypt & India, which is exactly what it sounds like, and The Ritual Year In Ancient Egypt: Lunar And Solar Calendars And Liturgy, which is obviously not for the casual reader.

Maria Wheatley has spent three decades researching megalithic sites around the world. Clearly, James Randi would not have approved of her efforts at dowsing but you can’t please everyone all the time, especially skeptics.

Whatever their views, people who attend this conference will learn a lot about the myths and legends of our long dead ancestors as well as modern myths such as UFOs. Myths? Hmm, well, that’s what the Pentagon would have us believe. 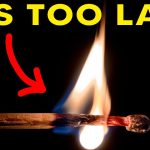 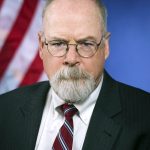