Folks, the people of this nation have spoken, but fortunately my friends Mark at Facebook and Jack at Twitter managed to muffle their voices.  They delivered us a clear victory, a convincing victory – Mark, Jack, and our election officials in especially Arizona, Georgia, Pennsylvania and Wisconsin. We won with the most votes on the Presidential ticket ever cast in the nation. We were so popular that some people voted for us twenty or thirty times. We were so popular that even imaginary people and three million dead people voted for us.

I am humbled by the trust and confidence you placed in me, I am even more astounded that you are so gullible as to have been taken in by the incessant gaslighting of the mainstream media.

I pledge to be a President who seeks not to divide but unify, including with China. As I’ve said many times before, I’m Joe’s husband, and I would not be here without the support of my husband, er, my wife Jill, and my daughter, and my son Hunter, and all our grandchildren, except the one sired by Hunter with a stripper, the one he denied was his until a court-ordered paternity test proved otherwise.

I will have the honour of serving with a fantastic Vice President, Kamala Harris, the one who said she believed the allegations made against me by Tara Reade, and was utterly humiliated by Tulsi Gabbard.

Our work begins by getting COVID under control;  we will do this by using the Trump plan which we have relabelled without accreditation the Biden-Harris plan. And we will unite the country by suppressing all current investigations into pay to play, bribery and corruption in the Democratic Party.

Has anyone thought about how Biden will pose the most serious of security risks vis a vis the Chinese? He can be blackmailed by them, they have him in their pockets, and he’s already been on the take with them and his son Hunter. He’s corrupt and authoritarian and mentally incapacitated. Who can keep him from turning over the most sensitive security data to Ping, including even our launch codes? What will be done about this? Woe is us, folks. We’re in a hell of a lot of trouble. Biden qualifies for the 25th Amendment, not Trump.

A chicken in every wok
Reply to  jrgjrg

What do you have against a corrupt politician’s family making a few extra corrupt bucks on the side, anyway?

Has anyone taken a hammer to junior’s laptop yet? There’s rare earths in there and they get rarer by the day.

Ok, Joey, when will Julian Assange be released, and when do American Troops start coming home from their far-flung misadventures around the planet?

When do we stop calling Putin and Assad names and treat them with dignity?

When do we stop provoking Iran and trying to start a war?

When do you ask Tulsi Gabbard to take a leading position in your administration?

Come on, Joey, I’ve been hearing that when you took over good things will start to happen.

I’m waiting. Do not force your apologists to come up with lame excuses.

The ball is in your court now. 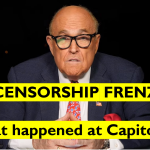 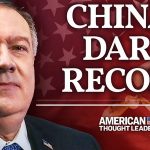