In a companion piece, entitled “Trump election challenge will crush the mainstream media’s blackout”, we noted how the final attempt to set the 2020 election back on an honest footing is gathering force in Washington. We noted how at the time of writing, some 160 US Representatives and at least 12 US Senators appear to be on board to challenge the Electoral College results tomorrow, January 6th.

We also noted how this would affect the mainstream media, which for the last forty or fifty days has been managing propaganda, not reporting news, all to show that somehow Joe Biden actually legitimately won the 2020 Presidential election. How have they proven their case? Usually by attacking the fraud allegations with clever and not-so-clever wordplay, saying things like, “the baseless claims of election fraud”, or, “the fact-checkers confirm there was no fraud in the 2020 elections”, or by their cohorts in Big Tech tagging anything that falls outside the desired narrative as “false”. Never has American news been so managed.

But with the challenge coming, at least two anchors on Fox are sloughing off the marching orders and speaking the truth. Tucker Carlson takes the situation of Joe Biden’s election and shows the truth of it – how could this man have possibly, TRULY been elected by real majorities? Tucker notes, in fact, that Mr. Biden apparently won in only 508 out of 3006 – just seventeen percent – counties nationwide. This is a very impressive statistic. Somehow in those counties there were 81 million people. But conversely, it also shows at least 83 percent of America (by county) wanting Trump in office.

Lou Dobbs is the other anchor – a much older gentleman, Lou is definitely “old school conservative”, meaning that for him there is an element of the sacred at play here in the election. Both men give excellent commentaries so we have included both video clips here.

What is sad is that both men are speaking to relative vacuums compared to the vieweship Fox had before it folded to The Plan that is being effected by the world elite and globalists. Tucker’s video hits it out of the park, but he only has 305,000 views at present – before the blackout it would be a million or more. Dobbs sad similarly depressed view totals, at 282,000.

The blackout hurt Fox badly. While these two anchors certainly deserve credit for telling the truth, their network has betrayed them so badly that the taint of that betrayal rests on them, too. It seems unfortunate that the so-called “Truth seeker / conservative” hosts have not abandoned Fox with great fanfare, and joined NTD or Newsmax as both a symbolic gesture and a statement of solidarity with those who want honest reporting.

Yet, what we see here shows what eventually, in a very short time now, all the networks will have to do, especially if President Trump succeeds in the challenge. He has the logical case. The only thing he does not have is the will of the establishment.

This is truly shaping up to be a civil war between the People of the USA and its government and elites. That war is cold right now, mostly, but it may heat up greatly, and soon.

Both of these links are dead.

That’s exactly what we’re talkin’ about. No further demonstration needed. Next they will have to purge freaking Fox! No dissenting opinions tolerated here. This is the Revolution that George Orwell talks about having happened in 1984. All differing opinions are henceforth deemed thoughtcrimes, to be punished by the Thought Police.

No doubt something’s definitely going to go down after SunDance posted this 17 part gem on Twitter. You ain’t seen nothing yet, folks! Even I can fcuking sense shit is about to hit the fan all the way over here in East Africa. (1) “These fruit fly maniacs are seriously deluding each other in their country clubs and on their golf carts. Frankly, in my business I have worked with just a few of them, and many are insufferably ignorant, just exactly as they seem.”(2) “Never have I seen so many people who live their lives in a tiny little… Read more »

Remember Michelle Obama (Big Mike) warned us that we all need to go out and vote for Biden as if our lives depended on it, because they do. They already knew what was planned. I thought it was a bluff. Somebody else will have to finish this fight. This is too deep for me. 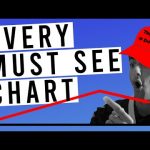 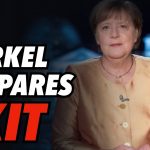