This is a brief segment, about 5-10 minutes, of the opening of the hearing before the Pennsylvania Commonwealth (Pennsylvania is technically a commonwealth, not a state, but it acts like a state) showing some indicators of the massive election fraud that took place in that state. Mayor Rudy Giuliani shows his prosecutorial prowess in the way he simply states information relevant to the case.

We offer the link to the full hearing here, but the clip below is far more brief, and should serve its purpose of showing that something went way off course in the Pennsylvania election, and that same off-course event is alleged in Michigan, Wisconsin, Georgia, Arizona, Nevada and even perhaps Virginia. It may well stand as the greatest election steal (but hopefully also suffixed by the word attempt) in history.

The transcript of this is below the video, courtesy of www.rev.com.

Rudy Giuliani: (27:12)
What’s the chance that, on the morning of November 3rd or 4th, when they started the count, that in each one of those places, the Democrat leadership of these highly-controlled Democrat cities, that have some history for corruption, and in the case of Philadelphia, a long history of voter fraud, I could show you the convictions, I don’t think I have to. What are the odds that they’re all going to wake up with the same idea? After years and years of always examining together, absentee ballots, all of a sudden, in a year in which we have a couple million of them per state, we’re not going to allow any Republicans to see them. The person in Philly figures that out, Pittsburgh, Detroit, Milwaukee, Las Vegas, Nevada, or is it more likely that this was a common plan that maybe started with the whole idea of having mail ballots, because it gives you a much wider range to cheat?

Rudy Giuliani: (28:14)
When you had just a small number of absentee ballots, like 400,000, you have a certain range that you can cheat. When you have 250 or 2.5 million, you have a much bigger range to do that. When you hear that testimony about not being allowed to see the ballot, have to understand it’s much more important than just that individual, just that individual ballot. On election night, when I went to sleep, maybe when you did, President Trump was leading in your state by somewhere around 700 to 800,000 votes, depending on when you went to sleep. That’s a huge number of votes, 65% of the vote had been cast. Under normal circumstances, like if this were a fair media, your state would have been called for Trump. Virginia was called with 10% of the vote, it turned out to be separated by 1%.

Rudy Giuliani: (29:09)
I think we may have actually won Virginia, but that’s another battle. Michigan, we were ahead by 300,000 votes, Wisconsin, more. Georgia, we were down to 90% and ahead. What are the odds that they all switched overnight? They just switched by the next day. I think you’re going to see how that happened. And I think there are a couple of statistics that you have to really closely look at. I’ll just mention them and then we’ll move on to the witnesses. We have calculated, and the evidence will show, that there were 682,770 mail-in ballots that were entered into your votes, in just Allegheny County and in Philadelphia, that were not observed by any single Republican. Those ballots could have all been for Joe Biden, they could have all been for someone else, they could have had no identifying data, they could have been from the same person. There could have been multiples of them, there could have been no name on them.

Rudy Giuliani: (30:17)
We have no idea if that’s true and it will be very hard now to kind of put them together. We could ask and you could subpoena all of the outer envelopes. It’d be very interesting to take a look at the 682,770 outer envelopes. It would be very interesting if they were kept, and it would be very interesting to see how many of them weren’t filled out. But in any event, under the law of your state, which is set by you, those ballots are illegal. The judge mistakenly in his opinion, said that we want to disenfranchise 6 million people. We don’t want to disenfranchise anyone, we want to disqualify 682,000 votes so that 74 million people are not disenfranchised, because that’s what happened by the cheating that went on here.

Rudy Giuliani: (31:10)
I’ll give you one other enormously puzzling statistic. You sent out in the State of the Commonwealth of Pennsylvania, 1,823, 148 absentee or mail-in ballots. You received back 1.4 million, approximately. However, in the count for President, you counted 2.5 million. I don’t know what accounts for that 700,000 difference between the number of ballots you sent out and the number of ballots that ended up in the count. That number, 2,589,242 was on your government website until yesterday. And yesterday, it was removed without explanation. I’m going to be very interested in hearing what the explanation is. And I can’t imagine you could possibly certify without knowing the…

Rudy Giuliani: (33:04)
You have 4,984 mail-in ballots that were never requested, and on, and on, and on, and on. Your election, because of these two counties and maybe one other, is a sham. It’s a disgrace to your state. And finally, I don’t need to remind you of this. I think I need to remind America of this. The election for president of United States is not run by the governor of your state. It’s not run by your election commissioner. The United States Constitution makes it clear who has the responsibility for running this election? Article ll, Section 1, Clause 2 of our Constitution doesn’t say that ABC gets to call the winner or CNN. It says, ” Each state shall appoint in such manner as the legislature thereof may direct, a number of electors.” It’s the state legislature that controls this process. It’s your power. It’s your responsibility.

Rudy Giuliani: (34:23)
And I think you know, and you have to convince the rest of your members, Republican and Democrat, they owe that to the people of your state, and they owe that to the people of the United States. Because if this happens without consequence, if they can just enter 600,000 some odd mail-in ballots without allowing a single Republican to view it, what’s to say that next time, they won’t do a million or 2 million? I know crooks really well. You give them an inch, and they take a mile. And you give them a mile, and they take your whole country. So, now, we’ll proceed with the witnesses. 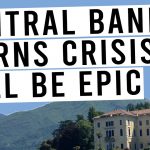 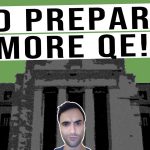