While the mainstream media keeps singing the not so great hit, “I’m Just Biden* My Time”, causing the original writers to spin in their graves, (the real song is a classic, listen here), the legal team representing President Donald Trump just scored a major victory with their testimony before a group of Pennsylvania state legislators, alleging and offering a lot of evidence about the fraud and malfeasance reported in Philadelphia and Pittsburgh, the two main Democrat stronghold cities in that state.

That hearing was over three hours in length, and can be watched in full here below:

The Trump team is fighting a two-front war to prevent certification or to even de-certify election results from the main states in which fraud is alleged: Pennsylvania, Michigan, Wisconsin, Georgia, Arizona and even Nevada by some accounts.

A Republican Commonwealth Court Judge, Patricia A. McCullough, blocked certification of her state’s (Commonwealth, actually) election results pending an evidentiary hearing to be held on Friday. Democrats in that state insist this is unjustified and are planning to go to that state’s Supreme Court to override the injunction.

At the same time, Rudy Giuliani, who leads the President’s legal team, sat before Pennsylvania GOP legislators to present evidence supporting their dispute of the election results and, well, there were very good questions brought up in this hearing. The hearing was very long; personally, I have yet to watch the entire thing, but in watching a significant length, the case presented was clear and devastating. I wish to offer the summary point that, as you will see, met with strong assent from the observers in the hearing. Note also, the near absence of Covid masks. Fearless people. But I digress. (This is a long clip but the two “cruxes” are excellent, one at the beginning and the other near the end. We strongly recommend at least watching the first five or six minutes of this to get a clear idea of the strategy and action taken.)

As you can see, there is some real fire behind this effort. Anybody who watches the hearing will see that the claims are far from “baseless”, the word du jour of the media (including Fox!). There is carefully argued and presented evidence that something very screwy took place, by design, and that this screwy action is a good indicator of election tampering, requiring that those ballots suspected of being tampered with or just plain falsified should be discounted from the vote totals of the state.

This would very likely flip Pennsylvania to President Trump and strip Joe Biden of his presumed 270+ votes. Were this to happen in Michigan, Wisconsin and Arizona and / or Nevada and Georgia, the same thing would happen.

Mayor Giuliani makes a salient point: that the activity detected took place ONLY in Democrat cities, where that party controls both the courts and the police. This is why the order from the US Supreme Court Justice Samuel Alito to not count the separated mail-in ballots was ignored. It is why the PA Supreme Court is rejecting the efforts of the Trump team to have this investigated.

It is also why the media thinks it can just brand the whole thing “baseless” and try to move everybody along like there is nothing to see in this case.

There most definitely is something to see.

In fact, there is a good chance that what the Trump legal team is alleging overall is precisely true and that the President actually won the election overwhelmingly, by as many as 400 electoral votes. However, this speculative comment is of course passionate, and may be hyperbole.

What is not hyperbole is that the legal team has evidence, affadavits, and a very common-sense, logical approach that follows the dictates of the Constitution and the thoughts and guidance of the framers of that Constitution to the letter.

If they find that Trump won this, the mainstream media is in big trouble because they will have to either report this is true or choose not to. Their recent choices have brought about the elements required for another massive, though uncomfortable Trump victory in almost any outcome:

The most convincing scenario is that Trump is revealed to be correct, and the winner of the election, but that the mainstream media (almost every regional and local affiliate as well) were engaged in propaganda for several weeks against all American people, telling them Biden is the winner. If this happens, this is likely the end of the “large newsmedia outlet” as we know it in the USA. The President will have proven that no large media corporation can be trusted to report the truth, no matter how important it is.

The signs that this is happening started with the massive attrition of viewers from Fox when they caved in. However, breaking the addiction of easy-to-find big media outlets for the news and opinion that rhymes with one’s own is hard work. There are a lot of smaller media outlets, but they have been badly marginalized by the large social media companies, so people have to work a little harder to find these networks. However, they are doing so: Gab, MeWe and Parler are a few of these, and NewsMax, Alex Jones – InfoWars, Rush Limbaugh, yours truly and many other small publications are going to get a chance to bring accurate news. This will take a while; most of us do not have good reporting staff.

There is actually no scenario in which Big Media survives unscathed, though a legitimate Biden win would provide some support, as the media could claim being right all along. However, this will not be enough to win the trust back of the 74 million – plus Trump voters and supporters, who, dissed by Fox, will likely never trust that network again without its making major changes.

The drama definitely continues. We will keep you updated as best we can, God helping us. Senator Doug Mastriano of Pennsylvania see this too, as he quotes Scripture beautifully and well in this cause.

I watched it, in its entirety. I also did multiple searchs regarding the power of a Senate Comittee to overturn the certification of the vote in Pennsylvania. I was careful to word my searches in such a way as to make them not be specific to the 2020 election as a means of weeding out propaganda from both sides. I could find nothing to indicate that the State legislature had the power to block or overturn certification once it was complete. This is not to say its not there, it is to say that in thorough searches, I couldn’t find… Read more » 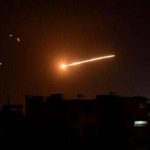 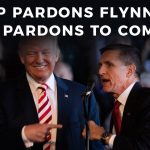