Some of my recent pieces took bits from the massive three hour hearing before the GOP legislators of Pennsylvania to describe the fraud that took place in that state and others, artificially “creating” a win for Joe Biden. There is so much information pointing to fraud that the only real problem these days is that the main networks refuse to acknowledge this or report it. They are all in the tank for Joe Biden and the Great Reset, and it is honestly chilling trying to figure out why, given that President Trump:

Apparently the World Economic Forum wants Biden and globalism and all that back. God only knows why. A separate piece is in the works to discuss that more deeply.

However, the how of this election fraud continues to astound any time it is actually reported. We bring two sources here – the first is a video by an election worker at the Pennsylvania elections who talks here about the irregularities he saw personally. Here is that video:

The second is data from a site called Vote Pattern Analysis, whose piece we excert from showing some of the big highlights in the anomalies they detected. We excerpted passages, but we believe our excerpting does not change the tenor of the whole story. Still, of course, we encourage our readers to read the entire original text in order to fully have the context of the writers of this piece:

In the early hours of November 4th, 2020, Democratic candidate Joe Biden received several major “vote spikes” that substantially — and decisively — improved his electoral position in Michigan, Wisconsin, and Georgia. Much skepticism and uncertainty surrounds these “vote spikes.” Critics point to suspicious vote counting practices, extreme differences between the two major candidates’ vote counts, and the timing of the vote updates, among other factors, to cast doubt on the legitimacy of some of these spikes. While data analysis cannot on its own demonstrate fraud or systemic issues, it can point us to statistically anomalous cases that invite further scrutiny.

The significance of this property will be further explained in later sections of this report. Nearly every vote update, across states of all sizes and political leanings follow this statistical pattern. A very small number, however, are especially aberrant. Of the seven vote updates which follow the pattern the least, four individual vote updates — two in Michigan, one in Wisconsin, and one in Georgia — were particularly anomalous and influential  with respect to this property and all occurred within the same five hour window.

The four vote updates in question are:

This report predicts what these vote updates would have looked like, had they followed the same pattern as the vast majority of the 8,950 others. We find that the extents of the respective anomalies here are more than the margin of victory in all three states — Michigan, Wisconsin, and Georgia — which collectively represent forty-two electoral votes.

Extensive mathematical detail is provided and the data and the code (for the data-curation, data transformation, plotting, and modeling) are all attached in the appendix to this document[1].

On Election Night, conflicting news reports came in that various precincts were stopping their count for the evening, sending election officials home, or re-starting their counts. There remains a large amount of confusion to this day about the extent to which various precincts stopped counting, as well as the extent to which any state election laws or rules were broken by sending election officials home prematurely. Whatever the case is, various precincts in Wisconsin, Michigan, and Pennsylvania continued to report numbers throughout the night.

By the early hours of the following morning, Wisconsin had flipped blue, as did Michigan soon after. A few days later, Georgia and Pennsylvania followed suit. Given the uncertain context, many American observers and commentators were immediately uncomfortable or skeptical of these trends.

For context, using publicly available data from the New York Times, here is a visualization of  the number of votes by candidate in Michigan from the beginning of election night to 7pm Eastern Standard Time (EST) on November 4th, 2020:

This is one place where partisanship really ought to step aside. Regrettably, had the election gone the President’s way, with the fraudulent spikes simply not being enough to delegitimize the election, I would almost bet that there would be no calls strong enough to investigate this. The Democrats certainly are not interested in checking this out. Joe Biden himself has been totally silent. Why should he speak and risk throwing his “victory” away?

Nevertheless, this situation must be investigated. The notion that my vote counts exactly the same as yours, that no one stacks the decks in our nation’s elections, has long been one of the ideals this country has aimed for and claimed. “We are not Venezuela”, goes today’s version of that line, but with so much – indeed, the entire future of this nation and the rest of the world – resting on the outcome of this election and the resolution of this problem…

I do not see why both sides are not equally interested in making sure this is set right. But then again, I am using logic.

Bipolar Disorder may not be so bad. Unlike previous administrations, now for pretty much every foreign intervention, there’ll be an automatic backlash from half the country, where they sat passively by in the past or just swallowed the manufactured swill. The country’s wised up, or maybe just unwisely polarized but in any case, screw the means, the end’s the end game.

Gen. Mike Flynn makes this presentation, his first since pardoned. I suggest listening to him for a good understanding of the completely fraudulent election and coup underway to destroy the USA. Youtube has become hyperpartisan following the genocidal maniacs instead of humanity so is likely to remove his talk from my experience with YouTube:

An update from Sara A Carter…

The fact this whole article is based upon information released by the biggest propaganda medium in the US, the N. Y. T. automatically rejects the whole lot as more propaganda.

I suppose the programmers will have to take a look at the graphs and get to work on the manipulation algorithm, so that it will be less obvious. On the other hand, artificial intelligence might be employed to sniff out cheating. 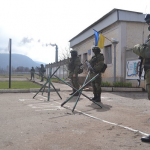 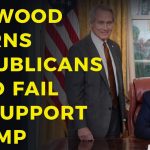