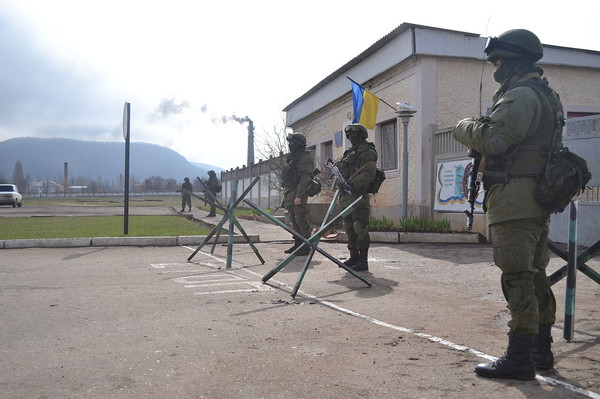 The State Bureau of Investigations (SBI) of Ukraine has completed an investigation against the former: President V.Yanukovych, Chief of the General Staff V.Zamana, Defense Ministers D.Salamatin and P.Lebedev. The abovementioned persons are accused of undermining the defense capability, sovereignty, territorial integrity and untouchability of Ukraine while in power in 2012-2014, which led to the actual loss of theCrimean peninsula.

According to the conclusions of the investigation, the annexation of Crimea began long before the actual transfer of the peninsula under Russian control.

SBI investigators have identified five main episodes of the crime:

The investigation is confident that “since the state leadership at that time elected a non-aligned status, it was necessary, on the contrary, to build up its own military presence in the country. The reduction would be justified if the state was directed towards collective security, when in the event of aggression against one of the allied countries, other countries would mobilize their troops to repel it. Under such conditions, there is no need for states to keep a large army”.

Chief of the General Staff Vladimir Zamana and Defense Ministers Dmitry Salamatin and Pavel Lebedev, who initiated these reforms, were found guilty under this charge.

The number of the Armed Forces of Ukraine was also reduced at the expense of combat units. Hundreds of thousands of 152 caliber ammunition from the Grad, Uragan, and Smerch rocket systems and mortar fire artillery systems were fired under the guise of disposal. This led to significant wear and tear of artillery weapons. The command justified its actions by reducing the load on the warehouses. The investigation believes that the reductionof artillery groups in military units led to a decrease in the combatcapability of the Armed Forces of Ukraine.

2. Undermining the mobilization readiness of the Armed Forces. On the initiative of the Chief of the General Staff Zamana in 2012-2013 the mobilization system was reformed. There were reductions and mergers of district and regional military registration and enlistment offices, as well as centers for admission to contract service. The number of military registration and enlistment offices was halved. As a result, military units were only 25-55% complete.

The investigation believes that one of the results of the reform was the inability of military commissariats in 2014  to fulfill their tasks and organize territorial defense in areas of responsibility.

The investigation blames Vladimir Zamana for initiating the disbandment of the Air Force as a type of the Armed Forces of Ukraine, which led to the lack of the necessary air defense forUkraine and created conditions for the subversive activities of theRussian Federation in Ukraine.

As a result of the lack of command and chaos in the troops at the initial stage of the seizure of the Crimean Peninsula in February 2014, about 10 Russian Il-76 transport aircraft crossed the Ukrainian border without fail.

The response was the raising into the air of the duty fighter SU-27. But by the time of it’s arrival in Crimea, Russian planes had already departed and landed at the airfield of the Russian Black Sea Fleet.

The anti-aircraft missile troops on duty were also not involved due to the inconsistency of control.

4. Carrying out organizational changes that contradict the legislation of Ukraine. The reforms carried out in the Armed Forces as of December 1, 2013 did not meet the requirements of more than 50 laws and other normative legal actsof Ukraine. The changes made were not reflected in the country’s strategic defense documents.

According to the investigation, this led to the loss of command and control and prevented the Armed Forces from forming a strike group and protecting the territorial integrity of Ukraine.

5. Failure to take measures to respond to external threats. The leadership ignored the intelligence information about Russia’s preparation for a great offensive operation. As a result, at the end of 2013 – beginning of 2014, the deadlines were missed for carrying out retaliatory defensive measures (mobilization, bringing the Armed Forces of Ukraine to increased combat readiness, conducting exercises in Crimea).

The General Staff possessed intelligence information that Russia had put the troops of the Western, Southern and other military districts of the RF Armed Forceson alert under the pretext of the need to combat terrorist threats before the Olympic Games in Sochi. Units of the Russian Black Sea Fleet were involved in the events. There was also information about the creation of a combat tactical group from the 810th Marine Brigade. At the same time, as reconnaissance planes of the Armed Forces of the Russian Federation, they repeatedly violated the airspace of Ukraine over Crimea.

The investigation believes that the consequence of all of the above actions was “a significant decrease in the level of combat capability of the Armed Forces of Ukraine, the inability of the army to fulfill constitutional tasks for the defense of Ukraine, protection of its sovereignty, territorial integrity and inviolability, which in turn created conditions for the military occupation of the Autonomous Republic of Crimea and the city of Sevastopol 21 March 2014, and also contributed to the military occupation of part of the territories of Donetsk and Lugansk regions of Ukraine.

On all these points, the above persons are accused of treason (part 1 of article 111 of the Criminal Code of Ukraine). In case of proof of guilt, the suspects face imprisonment for a term of 12 to 15 years with confiscation of property.

Only the guilty are unlikely to be really punished.The process is likely to be ostentatious and is intended to distract people’s attention from current problems: coronavirus, Ukraine’s external debt, growth in utilities, etc.

the Crimea was an Autonomous Republic of Crimea. A status they also have in Russia now. What the investigation simply ignores is that at the time the Ukraine was broke. It’s in even worse shape now. What they are doing is trying to compare apples to road apples. By putting all the blame on the former government they are in effect saying the shit show we have now is their fault. Never mind we turned down a pay off our debt plus a few bucks more offer at no interest by Russia to kick out the former government and accept… Read more »

Ukraine’s in a race with Israel to play the eternal victim. Or maybe it’s in a race with the short-lived Third Reich for that role. I think it’s probably a mix of the two, depending on whether their kitchen table conversations are public or private.

If one really wants to compare apples to apples, one would compare Crimea’s extra-constitutional secession with Slovenia’s. The former was condemned, the latter applauded in western circles. Tells you everything you want to know about the definition of duplicity, no need to consult a dictionary.

Too bad they didn’t see fit to blame Yushchenko, for signaling years ahead to Russia that he was a failed Washington puppet under orders to cancel the Sevastopol base agreement by 2017 and make way for NATO, come hell or high water.

Last edited 1 month ago by The Blame Game
2
Reply

What they’re really saying is they should have manned Crimea with banderite troops from western Ukraine, and possibly avoided mass defections to the Russian military, or at least had someone willing to shoot them and start a hot war. As it was, they had to wait for the Donbass for that scenario.

This is what happens with video evidence of Ukrainian war crimes (Mariupol Massacre, snipers killing unarmed civilians gathered in the city square):

Video unavailable
This video is no longer available because the YouTube account associated with this video has been terminated.

Youtube’s owner Google is a POS.

This shows Ukraine’s military properly downsized to accommodate budget limits so that it remained somewhat capable, not a hollow force.

All this ignores the fact that Russian troops have occupied Crimea for a century, and 25,000 were there during the American coup in Kiev. The people of Crimea voted to rejoin Russia, some 94% supported this. Crimea is mostly Russian; even most Ukrainians living in Crimea voted to rejoin Russia and many of the few Ukrainian soldiers in Crimea deserted and chose to remain.

Well said. Crimea was still under Russian control. I think they had 1 or 2 years of the lease left. It what Putin said. “you think we were going to give Crimea to the GI’s.” Russian won Crimea with a lot Russian blood and they were to give it up just like that. Does anyone think Ukraine can match Russia in a war?

Incorrect. Under Yushchenko, the lease was to be terminated in 2017. Under Yanukovych, it was extended by the Kharkiv Pact to 2042 with options.

It was beyond obvious to any objective observer that NATO had been plotting for control of Crimea for years.

Just short of two and a half centuries, to be exact. 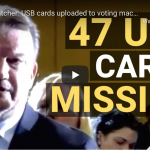