This is a bit of real news concerning the election challenge offered by President Donald Trump, in opposition to the massive fraud that was carefully targeted at key heavy Democrat cities in states that were likely to go to the President this year.

The State of Texas announced a lawsuit alleging unconstitutional actions on the behalf of agencies in the states of Pennsylvania, Michigan, Georgia and Wisconsin, taking them all to the Supreme Court.

As this report was in preparation a new one arrived: Louisiana is joining Texas in their own lawsuit alleging massive unconstitutional behavior on the part of the suspect states.

The MSM is panning this very vehemently, and reports by their sources indicate that the Supreme Court already rejected the Texas bid and that this basically amounts to a temper tantrum from people who do not wish to accept reality (that Biden won and Trump lost!!).

However, the MSM is under suspicion because all of the big networks are very determined to shut this down. God only knows why, given what Biden will bring upon the US and the world. We will be bold and say that we will take the MSM reporting with gigantic amounts of salt right now.

The fact that the media is so untrustworthy is a shame.

We will be following this to see if more states join the lawsuit. This seems to be a solid strategy for forcing the election to be formally disputed and passed on to the Supreme Court, who then would be very likely to pass the election responsibility over to the House of Representatives.

The case is very compelling, as both videos show. Our recent pieces on this subject also show that this is far from some spurious acting out by a sore loser.

This situation is absolutely nothing like the contesting attempt that Vice President Al Gore made against George W. Bush’s election in 2000. That election concerned the electoral fate of Florida because the count was frightfully close. In fact that election was settled for the sake of 537 votes, determined by a series of recounts. That election battle also went on for 37 days.

This one is longer now. Today is day 39. However, the case is much larger in scope. At odds are hundreds of thousands of alleged fraudulent votes. Some estimates place this number in the millions. Further, there is significant evidence to support the President’s claims. The mainstream media news does not want to admit this, but the day may be finally approaching where they are forced to admit this, especially so if the Supreme Court takes up this case.

The key to the success of this effort is the grassroots effort of “the Deplorables”, that populist group that is strongly pro-Trump and has been successful in forcing states to pay attention even though they want desperately to push this election through and not address fraud. President Trump knows this, and so is holding targeted and highly successful rallies to energize his supporters to put the hammerlock on the recalcitrant RINO and establishment politicians to do what the people elected them to do: to represent their wishes.

Will Trump be re-elected? Again, we cannot know the answer to this before it happens. Are his chances improving? My honest assessment is that the chances are not improving, at best, and may be a bit worse. This is because the establishment politicians have succeeded at certifying these fraud-ridden states “totals” and even Republicans have demonstrated remarkable resistance to doing anything about the problem. A prior article here noted that the GOP seemed interested in kicking this can down the road, with promises of “fixing it for the future”, but no apparent interest in fixing what has gone wrong NOW.

The Deplorables must keep up, and even magnify, their pressure in order for this to succeed. This is a representative republic. Political “leaders” are really intended to represent the desires of their constituents.

At the same time, if the possibility of Mr. Trump pulling out the win is worse, it is not much worse. These moves by Texas and Louisiana may well be joined by more states in coming days. My guess is if they do so with great speed, then the Supreme Court will be forced to consider this problem.

We continue to watch and wait. This is quite a ride.

The only places to get the news these days are the X22 Report, AndWeKnow, Beach Broadcast, Michael Jaco, Simon Parkes and there are many more that are reporting accurately. 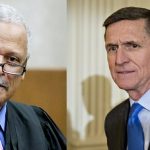 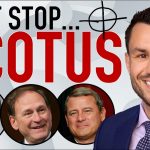