The Israeli occupation renews its aggression on the Syrian lands

Just before midnight on Tuesday, the Israeli occupation forces renewed their aggression on Syrian lands, while the air defense media responded to the attacking missiles.

An official military source from the Syrian Ministry of Defense said that the Israeli occupation forces launched their aggression from the sky of the occupied Syrian “Golan”, and the raids targeted an area near the village of Ruhaina, south of the Quneitra governorate, and the vicinity of Jabal Al-Mani` in the countryside of Damascus, while the damage was limited to materials. .

The Israeli aggression last night was the second of its kind in a week on the Syrian territories, as the occupation forces had previously targeted, last Tuesday, the southern region, which led to the loss of / 3 / soldiers their lives and wounding another.

The occupation forces admitted their responsibility for the raids last week, and claimed that they targeted Iranian military targets, while the Syrian and Iranian governments denied the Israeli allegations, and the Iranian Foreign Ministry spokesman, Saeed Khatib Zadeh, said a few days ago that the Iranian presence in Syria was an advisory presence, denying the occupation’s allegations about the killing of soldiers. Iranians as a result of the aggression.

The Israeli occupation forces have exploited the conditions of war in Syria during the past years to launch dozens of attacks that violate Syrian sovereignty and violate international laws, using various pretexts and allegations, to target the sites of the Syrian army in a way that serves the interests of the armed organizations, amid the absence of any international accountability for the occupation entity for these attacks.

The old Double Standard alive and well. In America and around the world.

Like a puppy dog that keeps nipping at your heels , this doggy needs a sharp reminder on bad manners . Syria needs to bring missiles to the border and shoot some of them into the Israeli villages on the border , as a warning . But they will need to have bigger back up because of the cry baby reactions of Bibi declaring war against Syria , and there we have the dilema , in comes NATO , hells bells and whistles guaranteed !!! 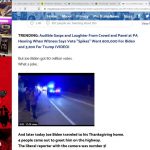 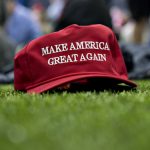