I’m proud of my son. When he opened his Washington law firm in July 2001, he told USA Today: “I have one single rule: I never lobby my father”.

Yes, I’m proud I taught Hunter to lie so fluently and convincingly.

On November 12, 2013, The New Republic reported that Hunter was named CEO of Paradigm Global Partners on a salary of $1.2 million, in spite of his having “no financial industry experience”. But why would he need experience in the finance industry when his father was Vice President of the United States and could pull strings for his company and its clients?

By the same token, why did it matter that Hunter was paid a massive salary for a no-show job on the board of a corrupt Ukrainian company, even though he can’t speak Ukrainian?

I’m proud of my son, I’m proud that he has made no real attempt to face up to his cocaine addiction, and that he got so blasted out of his mind that he took his laptop to a computer repair shop and forgot about it, revealing our secrets to the world. It’s a good thing our poodles in the mainstream media were able to peddle that ludicrous story about it being Russian disinformation.

I’m proud that my son bedded his brother’s widow, and that while he was doing so he managed to get a stripper pregnant, and that he denied it until a DNA test proved he was indeed the father of this poor girl’s baby.

Yes, I’m so proud of my son, the fact that he has the morals of a polecat. That he lies persistently but not consistently proves he is a chip off the old block. My one regret is that he didn’t become a politician, even though he has spent much of his adult life selling access to one.

Sara A Carter has strong views on USA affairs:

Yes indeed. He’s a first class grifter, he is. Yet another one of those Milestones in Excellence.

He went to one of those ‘spirit dinners’ once, thinking it was a seminar on spiriting away other countries’ funds.

Trickle Up at Work

Proud? He must be the only one. Well, maybe mamakins. 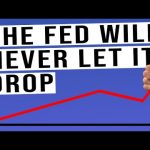 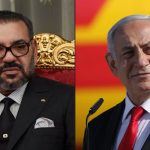