Joe Biden is a liability to the Democrats, even though they now have Draconian powers and are using them to the full. There is no way he can contest the 2024 election, and indeed if Donald Trump had done a tenth of the things Biden has done he would be in gaol. While like all the other leading members of his party, Biden is protected, there will come a point at which even they and the Deep State can’t protect him. Indeed, there are whispers of that already. Clearly, some leading members have decided he must go, and at some point soon there will be enough conspirators to give this Caesar his Ides of March. While it is most unlikely he will be assassinated, there are plenty more ways to skin a cat, so here they are.

Impeachment or forced resignation due to financial corruption. The latest release from Hunter Biden’s laptop from Hell is a phone call from The Big Guy to the depraved one. It is clear from this as if it were not already that Biden knew full well what his son was doing in China and elsewhere – raking in millions by selling access to the Vice President, and dubious business deals.

Leaving that aside, Biden’s treatment of China and even more his opening the southern border to all and sundry constitutes treason, but don’t expect any Democrat to take issue with that; they are all on board with these insane policies, even if it means destroying the country.

A sex scandal cannot be ruled out entirely. When Tara Reade accused Biden of a bizarre attack on her in 2019, her claims were dismissed out of hand by the faithful. This attack allegedly happened a quarter of a century and more previously, so they might well have. By contrast, the even older claims made by Christine Blasey Ford against Brett Kavanaugh were treated as Gospel, even though there was no credible evidence this woman had ever met Kavanaugh, although Reade had definitely met Biden and worked for him or with him for a short while. One leading Democrat who claimed to believe Reade was Kamala Harris, although later she laughed it off, or rather cackled it off as she does most things.

It is though a distinct possibility that some sort of sex scandal could be rekindled, perhaps of Joe sniffing a young girl’s hair too enthusiastically.

The 25th Amendment could be used to remove Biden from office. Heaven knows, there was enough talk about using it against Donald Trump, one of the few Presidents who didn’t start a war in office. Now though, a man who is clearly suffering from dementia (albeit with periods of lucidity) has the nuclear codes. He has already caused immeasurable damage by the disastrous Afghanistan withdrawal. Who is to say he wouldn’t do something more insane like ordering a nuclear attack on Russia?

All the above options are unlikely, but one that is very likely is that Biden will announce his retirement due to ill-health, or someone will announce it for him, his wife, perhaps. He could suffer a stroke or perhaps a heart attack; a stroke will often leave visible signs like paralysis, but a heart attack may simply require rest. With the correct approach, it may even be possible to convince Biden he has indeed suffered a heart attack and must withdraw from public appearances allowing the people who are really running the White House to continue to do so without their figurehead. If done discreetly, the Democrats may be able to get away with it until after the mid-term elections when a new President can be chosen, anyone but Kamala Harris.

How much longer can he stay? The problem is to end up with a satisfactory replacement. 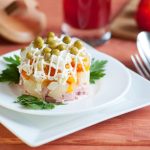