Emboldened by the Biden presidency, Twitter seems to have gone into a frenzy of censorship, in an attempt to purge any information supporting the Trump movement. President Trump’s account is suspended indefinitely. Modern Stalinist censorship and lies are the primary tools now targeting several alternative media outlets and Trump supporters. The purge has finally caught up with Rudy Giuliani’s “Common Sense”. His episode 101 “What Really Happened on January 6th” is censored by Twitter, making it impossible to share or comment. Youtube has removed the video from its platform.

I downloaded the podcast version from Apple where it (hopefully) is still available when reading this article. In my view, Mr Giuliany is one of few honest individuals making objective observations through a wall of media censorship, lies and condemnations.  He paints a very different picture than the vile media claiming insurrection by Trump supporters. Mr Giuliany and his team are still collecting evidence, but he concludes already that neither Trump nor his supporters were behind the sinister actions on Capitol Hill. There is evidence that the riot was pre-planned and instigated by a small group of individuals.

On what grounds is he making such claims?

Mr Giuliany tells that the charging group brought equipment like high-end video equipment, ropes, hammers, glass breaking equipment, bottles of milk, and walkie talkies. Not the standard equipment among Trump supporters one might say, hence a clear indication of pre-planning.  Facial recognition tools have already connected individuals to a history of riots and documented links to Antifa and other violent groups. These individuals wore MAGA hats and mixed with ordinary trump supporters. The acted as provocateurs with a clear objective to instigate a riot. Some were exposed on-site and even taken down by Trump supporters on at least two occasions. There are also videos showing Trump supporters protecting the police. Heroic acts by Trump supporters, but of course, this will never be reported by media. One rioter identified as John Sullivan, who has a colourful history as the founder of “Insurgance USA” promoting and advocating revolution.  He was the one who filmed the death of Ashli Babbit, the US Air Force veteran who was killed by Capitol Police. 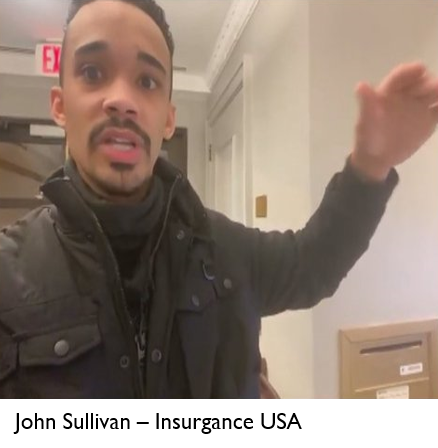 What are he and other insurgents doing together with Trump supporters they detest?

Did they just happen to be around or where they a piece of a bigger plot to instigate destructive behaviour to destroy the reputation of the Trump movement? Maybe they sought to stop a democratic process handling voter fraud allegations? If so, they succeeded.

Rudy Giuliani was present during the DC rally and presented a clear and unambiguous conclusion:

“We do not know who planned these acts, but it was sure not planned by the Trump campaign. This was planned before the rally. There is plenty of evidence that Antifa was there with other left-wing radicals. They were well trained because they had perfected the art with very very little criticism from Joe Biden, Kamala Harris and all the pontificators who now are lying to leave out the facts.”

I think it is fair to call a free press as something from the past. Mainstream media and political elites will dismiss any opposing view as a threat against democracy, hate speech or conspiracy theories. We have heard it all before, from the Pelosis, the Schumers, the Clintons, the Obamas, and everyone else driven by such hate that they in every thinkable way have denied and obstructed a legitimate presidency. They have demonized half the US population for having legitimate concerns about the future. They ignored the President’s struggle to improve all American lives,  while openly supporting Antifa, BLM and other destructive forces.

All Trump voters wanted, was to be heard, not to be ignored or demonized for questioning the election results, an election with piling evidence of fraud and unconstitutional acts before, during and after the election. Joe Biden missed the opportunity to unite the nation because the Democrats feared and still fear the outcome of any investigation exposing the truth. So they chose the Stalinist approach –  suppress the truth, deny corruption, demonize your enemy and blame the victims.

We who believe the good in Western culture can only hope that what is left of the free press will investigate and expose the facts.  We know for sure that neither Democrats nor a Republican swamp establishment will do so.  So, we have to resort to alternative media not yet censored.

Law-abiding citizens know that we should not prejudice investigations or jump to conclusions without listening to both sides of an argument. However, we also know that we can no longer trust the media to tell the truth, and without reliable opposing views, there will be no science, no consensus and we will still be living on a flat earth. Remember, we are “the deplorables”, and no one can deny or take away our ability to think for our selves. Future looks bleak, but active censorship is a clear sign of desperation. The elites have exposed what they fear the most of all – the truth.

Joe Biden has a tall order waiting to serve. The economy is in unprecedented peril with no other solution than inflating the bubble till it bursts. Biden used to be a moderate, but he has sold his soul to Big Tech oligarchs and the radical left. Next chapter will be when moderate democrats understand that the Joe Biden presidency has neither will nor courage to protect them from totalitarian forces on a quest to destroy small businesses and civil liberties. They are in for a rude awakening and that is when Republicans and Democrats can unite yet again.

Dangerous now to say anything online. Time to lay low. Hell is coming. The Rubicon has been crossed now. No going back. This is 911-part 3. 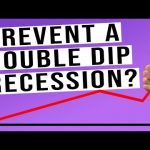 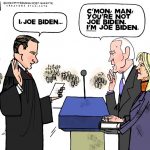