The Washington Post has reported that the outgoing Capitol Police Chief, Steve Sund, believes his efforts to secure the premises were undermined by a lack of concern from House and Senate security officials who answer directly to Speaker Nancy Pelosi and Senate leader Mitch McConnell. The National Pulse can also report the Washington Post’s timeline proves it was impossible for Trump speech attendees to have made it to the Capitol in time for the breach.

In addition to the fact that Trump openly called for the “cheering on” of Congressman, and “peaceful” protests, the timeline as established from numerous, establishment media reports simply doesn’t stack up.

The admission that House and Senate security leaders failed to provide Capitol Police with resources on the day will raise questions over their role in the day’s events.

Two days before Congress was set to formalize President-elect Joe Biden’s victory, Capitol Police Chief Steven Sund was growing increasingly worried about the size of the pro-Trump crowds expected to stream into Washington in protest.

To be on the safe side, Sund asked House and Senate security officials for permission to request that the D.C. National Guard be placed on standby in case he needed quick backup.

But, Sund said Sunday, they turned him down.

In his first interview since pro-Trump rioters stormed the U.S. Capitol last week, Sund, who has since resigned his post, said his supervisors were reluctant to take formal steps to put the Guard on call even as police intelligence suggested that the crowd President Trump had invited to Washington to protest his defeat probably would be much larger than earlier demonstrations.

House Sergeant at Arms Paul Irving said he wasn’t comfortable with the “optics” of formally declaring an emergency ahead of the demonstration, Sund said. Meanwhile, Senate Sergeant at Arms Michael Stenger suggested that Sund should informally seek out his Guard contacts, asking them to “lean forward” and be on alert in case Capitol Police needed their help.

Irving could not be reached for comment. A cellphone number listed in his name has not accepted messages since Wednesday. Messages left at a residence he owns in Nevada were not immediately returned, and there was no answer Sunday evening at a Watergate apartment listed in his name. A neighbor said he had recently moved out.

Sund recalled a conference call with Pentagon officials and officials from the D.C. government. He said on the call: “I am making an urgent, urgent immediate request for National Guard assistance… I have got to get boots on the ground.”

But the request was apparently denied over optics.

“I don’t like the visual of the National Guard standing a police line with the Capitol in the background,” an Army official replied.

John Falcicchio, chief of staff for D.C. Mayor Muriel E. Bowser admitted: “Literally, this guy is on the phone, I mean, crying out for help. It’s burned in my memories.”

And while the Washington Post clumsily attempts to blame President Trump for the violence – despite the President calling for “peaceful” protests and the “cheering on” of Congressmen – their own article admits the “first wave of protesters arrived at the Capitol about 12:40pm.”

President Trump’s speech didn’t conclude until 1:11pm, and with at least a 45-minute walk between the two locations with crowd-related delays, that would put the first people from Trump’s speech at Capitol Hill no earlier than 1:56pm – a full hour and sixteen minutes after troublemakers arrived.

In fact, rioters who breached the perimeter would have had to leave before Trump’s speech even began (at 12pm precisely) to make it in time for the events as they are detailed by authorities.

The Washington Post also states: “Sund’s outer perimeter on the Capitol’s west side was breached within 15 minutes,” meaning the Capitol was breached over an hour before Trump speech attendees could have even begun to arrive.

This correlates with Sund’s interview, where he admits: “I realized at 1pm, things aren’t going well… I’m watching my people getting slammed.”

Again, 1pm would have been a full 56-minutes before any Trump speech-attendees could have begun arriving, let alone breaching the perimeter and clashing with police. Downtown Washington, D.C. roads were closed. There was no way of arriving faster, let alone before the President had finished speaking.

At 1:09pm, still before the President had finished speaking, Sund called the Sergeants-at-arms of the House and Senate. He told them it was time to call in the National Guard. He even said he wanted an emergency declaration. Both, however, said they would “run it up the chain” and get back to him.

At 1:50pm the Capitol itself was breached. Still before most Trump speech attendees could have arrived.

What happened after this point was a back and forth over hours between D.C. officials, Army officials, and Capitol police.

Eventually – at past 5pm – the National Guard arrived.

And while Sund is quoted in the Washington Post as blaming President Trump’s speech for the violence that ensued – the timeline means that makes no sense.

The President’s fans are not known for leaving his speeches 5 or 10 minutes in. And by the time the Capitol was breached, those who had stayed to listen to even the first 15 minutes would not have even made it there in time. 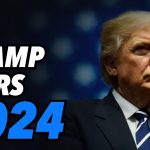 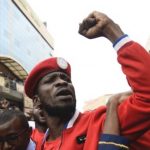