How much evidence does it take to prove a man guilty? In the case of Jussie Smollett, there was bundles of it. The story he told was extremely improbable if not ridiculous, and in due course the police found both CCTV evidence and a paper trial linking his two helpers (and former friends) to the incident. There was a lot more than that, but leaving all that aside, no one with a nanogramme of common sense can believe him to be innocent.

Does he deserve to spend time behind bars? Of course he does, he compounded the lie exponentially and is still doing so. There is also the near certainty that he escaped a meaningful prosecution in the first instance due to corruption or at the very least unethical interference with the judicial process, even allowing for the insane policies pursued by Kim Foxx and people like her.

No sooner had Smollett been sentenced to hard time than his supporters clamoured for him to be released. At least one idiot likened him to Emmett Till, the 14 year old boy who was beaten to death over a triviality in 1955. Yes, these people are serious.

Another person who is serious is Patrisse Cullors, one of the con women founders of Black Lives Matter. Cullors left the organisation when it was revealed she was quietly building a property empire to rival Donald Trump’s, and hey, where did that $60+ million go?

Cullors made an impassioned plea on Smollett’s behalf, but not everyone who heard it is impressed. To put it mildly. Here is some analysis by one of the rising black stars of YouTube, a man who recognises real privilege when he sees it, as well as BS.

Although incredibly Smollett has now been released pending an appeal, it is odds-on that he will be at liberty only a short time. Expect even more hysteria, gaslighting and outright lies when he is recalled to complete his sentence. 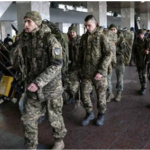