Three weeks into the Russian military intervention in Ukraine, launched in response to almost nine years of Western provocations since the CIA and MI6 orchestrated Euromaidan colour revolution seen democratically elected President Viktor Yanukovych overthrown and replaced with a US and EU-backed coalition of anti-Russian far-right sympathisers headed by Petro Poroshenko, who would subsequently lose the 2019 Ukrainian Presidential election to Volodymyr Zelenskyy, the current Ukrainian President having run on a ticket of seeking rapprochement with Moscow whilst still seeking EU and NATO membership for Kiev, and the Western hypocrisy in response has been on full display.

Across the world of business, entertainment and sport, Russia has been blacklisted by the Western establishment, a move which has ultimately resulted in borderline racism being directed towards Russian immigrants living in countries within the US sphere of influence, and one that has not even been suggested will be used against Western-allied countries guilty of war crimes – a prime example being Saudi Arabia.

On Monday it was reported that British Prime Minister Boris Johnson would travel to the oil-rich desert kingdom in order to seek new supply deals following last week’s announcement that Britain would phase out oil imports from Russia by the end of the year in response to Moscow’s intervention in Ukraine – similar to the United States’ recent announcement that Russian oil imports would immediately be banned outright, with US President Joe Biden also seeking an increase in supply from Saudi Arabia and its’ Gulf Cooperation Council (GCC) partner, the UAE; a request that has apparently been snubbed by both Kingdoms.

To even request an increase in oil supply from Riyadh and Abu Dhabi in the first place however, demonstrates the hollowness of the United States and Britain’s assertions that their suspension of oil imports from Russia is due to human rights concerns amidst the current military operation in Ukraine – with Saudi Arabia, alongside its coalition partner, the UAE, having led a now seven-year long war on neighbouring Yemen, one that resulted in widespread famine in what is already the poorest country in the Arabian Peninsula.

In March 2015, following the takeover of the capital Sana’a by the Ansar Allah movement, more commonly known as the Houthis, a Saudi air campaign would begin in order to restore Riyadh’s favoured Presidential candidate, Abdrabbuh Mansur Hadi, to power.

Targeting the agricultural, sanitation and medical infrastructure of Yemen, this air campaign, involving US and British-made bombs and military advisors from both countries being present in the Saudi command room in order to assist in the selection of targets, would result in widespread starvation in what is already an impoverished country and the largest recorded Cholera outbreak in history – a situation exacerbated even further by a Saudi blockade preventing food and medical supplies from entering the country.

Despite the ongoing humanitarian crisis in Yemen having led to the estimated deaths of 85,000 children through starvation and the further deaths of 10,000 children directly through violence as a result of the conflict, no apparent human rights concerns exist for Washington and London in their request for an increased oil supply from Saudi Arabia and the UAE, in stark contrast to their boycott of Russian oil amidst the current intervention in Ukraine, and to understand why, one must look at the wider geopolitical context in the US-NATO hegemony’s relationship with both Moscow and Riyadh.

In 1979, the Islamic Revolution would see the US and British-backed Shah Pahlavi of Iran deposed and replaced by the anti-Western and anti-Zionist Ayatollah Khomeini – with Pahlavi himself having been installed after the 1953 CIA and MI6-orchestrated Operation Ajax would see the overthrow of then-Iranian Prime Minister Mohammad Mosaddegh following his decision to nationalise Iran’s vast oil reserves.

In order to counter the influence of Khomeini’s newly-established anti-Imperialist state, the US and Britain would employ the strategy of using Saudi Arabia, separated from its Eastern neighbour by the Persian Gulf, as a political and military bulwark against Tehran – an arrangement relevant to the war in Yemen as the Islamic Republic has long been accused of backing the Houthis, and also relevant to the now eleven-year long regime change operation targeting Syria.

In March 2011, a proxy-war would be launched against Syrian President Bashar al-Assad as a result of his 2009 refusal to allow Western-allied GCC member Qatar to build a pipeline through his country – an arrangement that would have undermined his relationship with key ally, Russia.

In June 2013, at the request of the Syrian government, Iran and Hezbollah would intervene in the Arab Republic in order to defend Damascus from the Wahhabi terrorist groups, armed, funded and trained by the US, Britain, Israel and Saudi Arabia, seeking to depose Assad’s secular government and replace it with a Western-friendly leadership.

Though this Iranian intervention would play a key role in preventing Syria becoming victim to the same fate that had befell Libya two years previously, what would perhaps be the most decisive factor in turning the tide in the Arab Republic’s favour would come in September 2015 – a Russian air campaign, again at the request of Damascus, which would allow the Syrian Arab Army to retake the vast swathes of Syrian territory that had fallen under terrorist-control, and sees that eleven years on from the beginning of the regime change operation, Assad’s government still remains in place.

It is also this wildly-differing approach to the aims of the US-NATO hegemony that Moscow currently finds its oil exports to the West suspended under the pretext of human rights concerns in Ukraine, concerns that apparently do not exist when London and Washington seek an increased oil supply from Saudi Arabia while it wages a modern-day genocide in Yemen. 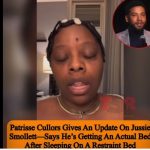 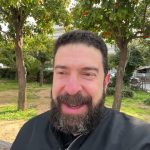